A report published by the Ministry of Earth Sciences, the decadal warming trend recorded over these ranges during 1951-2014 was 1.3 degrees Celsius. This is a rise from 0.16 degrees recorded during 1900-1950, when global warming was less pronounced. 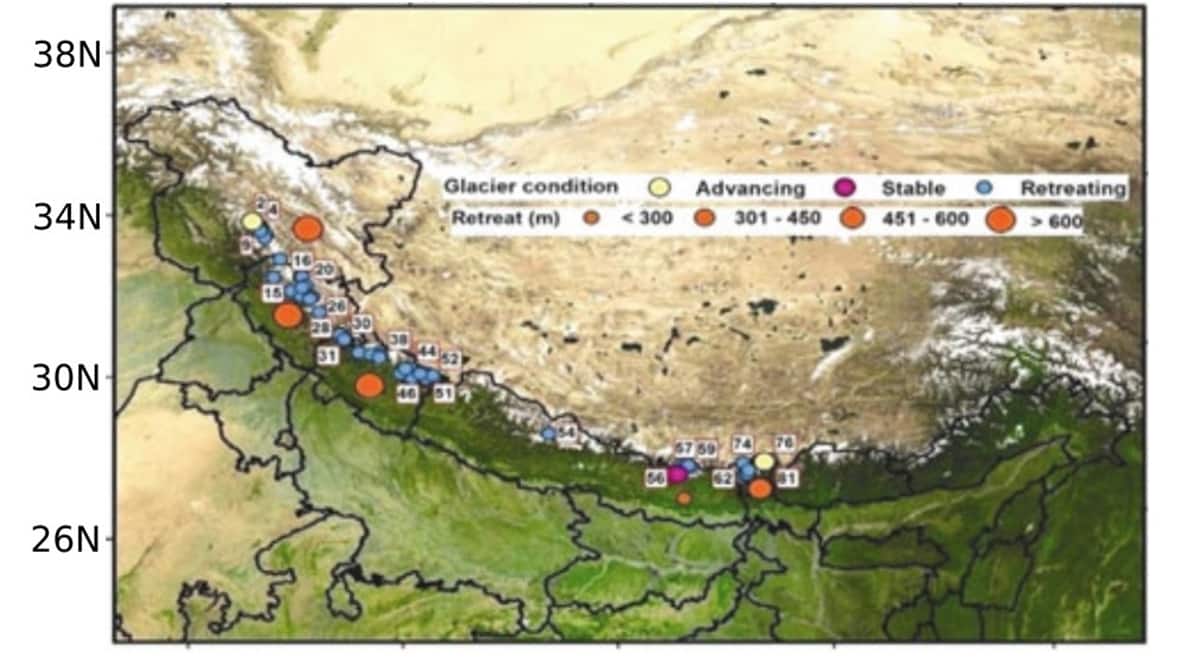 The snowfall over the higher reaches of the Hindukush Himalayan mountain ranges has been increasing in recent decades which has shielded the region from glacier shrinkage, the Assessment of Climate Change over the Indian Region report has stated.

On Sunday, massive flooding in the Alaknanda river, probably due to glacial bursts, left a train of destruction near Joshimath areas in Chamoli district. While there is ample scientific evidence to confirm the higher glacier retreat in recent decades due to global warming, there is a contrasting picture emerging from the Hindukush Himalayas.

The Hindukush Karakoram ranges, along with the Tibetian Plateau, are the main drivers of the world’s strongest monsoon systems — the Indian Summer Monsoon. These ranges form a source to 10 major river systems in Asia supporting drinking water, irrigation and power to 1.3 billion people in Asia. Major Indian rivers which replenish due to the melted snow are the Indus, Ganges and the Brahmaputra. After the North and the South poles, the Hindukush-Karakoram ranges along with the Tibetian Plateau hold the largest reserves of fresh water and are known as the ‘Third Pole’.

” Several areas of Hindukush Karakoram Himalayas have experienced a declining trend in snowfall and also retreat of glaciers in recent decades. In contrast, the high-elevation Karakoram Himalayas have experienced higher winter snowfall that has shielded the region from glacier shrinkage,” the June 2020 report published by the Ministry of Earth Sciences, suggests. This was the first such report prepared for India.

This, even as the overall climate along the Hindukush Karakoram region is undergoing warming at a higher rate during the winter season as compared to other seasons. Besides, the warming reported from this region is higher than the global mean temperatures, the report noted.

The decadal warming trend recorded over these ranges during 1951-2014 was 1.3 degrees Celsius. This is a rise from 0.16 degrees recorded during 1900-1950, when global warming was less pronounced.

“Weather dynamics is intricate in the Himalayan region arising due to extensive interactions of tropical and extratropical weather systems,” the report states.

The Himalayas are warming at a faster rate than the rest of the Indian landmass during 1951-2018, the report highlighted.

The snowcover over the Hindukush Karakoram ranges has shown varying tendencies 1980-2018, with moderate declining rate observed since 2000.

About 50 per cent of the region’s annual precipitation occurs during winter months, and snowfall being the primary source for water for the remaining dry months of the year. Monsoon causes precipitation during summers, too.

Due to this warming trend, there is an expected increase in the precipitation projected over the region.

” There will be a significant increase in extreme precipitation over the Hindukush-Karakoram region, with maximum consecutive five-day precipitation events,” it stated.