The reduced firecracker show, however, is not likely to dent the festive spirit in Amritsar, which has a rich history associated with the festival of light. 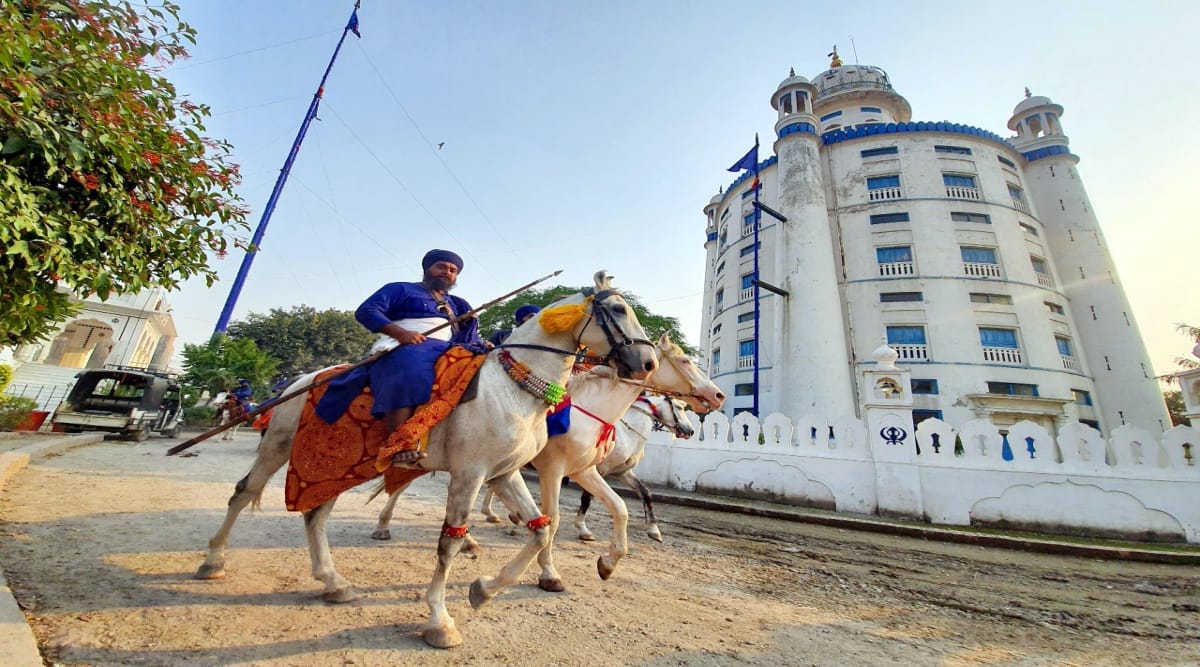 The Shiromani Gurdwara Parbhandak Committee (SGPC) has this year decided to reduce the firecracker show at Golden Temple on Diwali to only 10 minutes. The move, SGPC officials said, was an attempt at checking pollution.

The reduced firecracker show, however, is not likely to dent the festive spirit in Amritsar, which has a rich history associated with the festival of light.

“Once, we used to have a fireworks display that went on for more than 30 minutes. This time, however, we will limit it to only 10 minutes to avoid pollution. Devotees love the fireworks display. But that is not why they turn up at the Golden Temple on the day of Diwali. It is the historical importance of the day that attracts devotees to Amritsar on this day,” an SGPC spokesperson said.

Along with the SGPC, other Sikh martial bodies – like ‘Nihang Singh Jathebandis’ – too, said they are ready for Diwali and Bandi Chor Diwas like every year.

The Budha Dal has already started Akhand Path at Gurudwara Mal Akhara Sahib, which is historically related to Sikhs Guru Hargobind Sahib ji. Bhog will be held on Diwali day. After that, members of Nihang Singh Jathebandis will reach the Akal Takht where Jathedar Giani Harpreet Singh would read out a message for the community. The Nihang bodies will carry out a Mohala (march) on Friday to conclude the celebrations.

The first reference of Diwali celebrations as a community among Sikhs dates back to the fourth Guru, Amar Das ji, in the 16th century.

However, the first time Diwali was celebrated in a prominent way in Amritsar was when the sixth Guru, Guru Hargobind Sahib, returned after being imprisoned in Gwalior by Mughal Emperor, Jahangir, somewhere in the second decade of the 17th century. According to Sikh history, Guru Hargobind Sahib, along with him, had also secured the release of 52 kings from Gwalior fort and was hailed as ‘Bandi Chhor’ (one who liberates). The return of the Guru from imprisonment was a diplomatic victory and was celebrated as Bandi Chor Diwas on Diwali.

After Guru Hargobind Singh was assassinated by the Mughals in 1708, the Sikhs found it difficult to keep control of the Golden Temple and were pushed to the fringes of the city. The Guru Granth Sahib was declared as the eternal Guru of the Sikhs the same year.

However, even though the resisting Sikh factions took shelter in forests for the most part of the year, they would often gather at the Golden Temple for Diwali every year to hold Sarbat Khalsa, where all important decisions would be taken to solve internal and external disputes.

Soon after, word spread, and Diwali became an annual invitation for all Sikh factions across the world to come to Amritsar annually and hold ‘Sarbat Khalsa’. The Mughals did their best to prevent such Diwali gatherings in Amritsar but their attempts were always thwarted by the Sikh factions.

In 1737, Bhai Mani Singh, the then administrator of Golden Temple, promised to pay a big sum of money to the then Governor of Lahore, Zakaria Khan, to allow the safe passage and return to Sikhs for Diwali celebrations in Amritsar. Later, Bhai Mani Singh learned that Zakaria Khan wanted to execute the mass murder of Sikhs by luring them to Amritsar. It was then that Mani Singh surreptitiously warned the Sikhs to not gather in Amritsar for Diwali. Mani Singh later rescinded his promise of paying Zakaria Khan and was executed by him in Lahore.

Later, in 1761, on the occasion of Diwali, it was decided during a ‘Sarbat Khalsa’ gathering that Lahore will be attacked.

The festivity of Diwali returned to the Golden Temple as soon as Sikh misls gained control of the city in the last quarter of the 18th century and later Maharaja Ranjit Singh ruled Punjab. Such was the grandeur of Diwali celebrations in Amritsar, that history shows that even British officers would especially come to the Golden Temple to witness the celebrations here when they ruled India.