SKM also reiterated its earlier statement that one of the protestors was shot dead by the police. They demanded a re-post mortem of the body of Gurvinder Singh (20), who allegedly died of bullet injury. 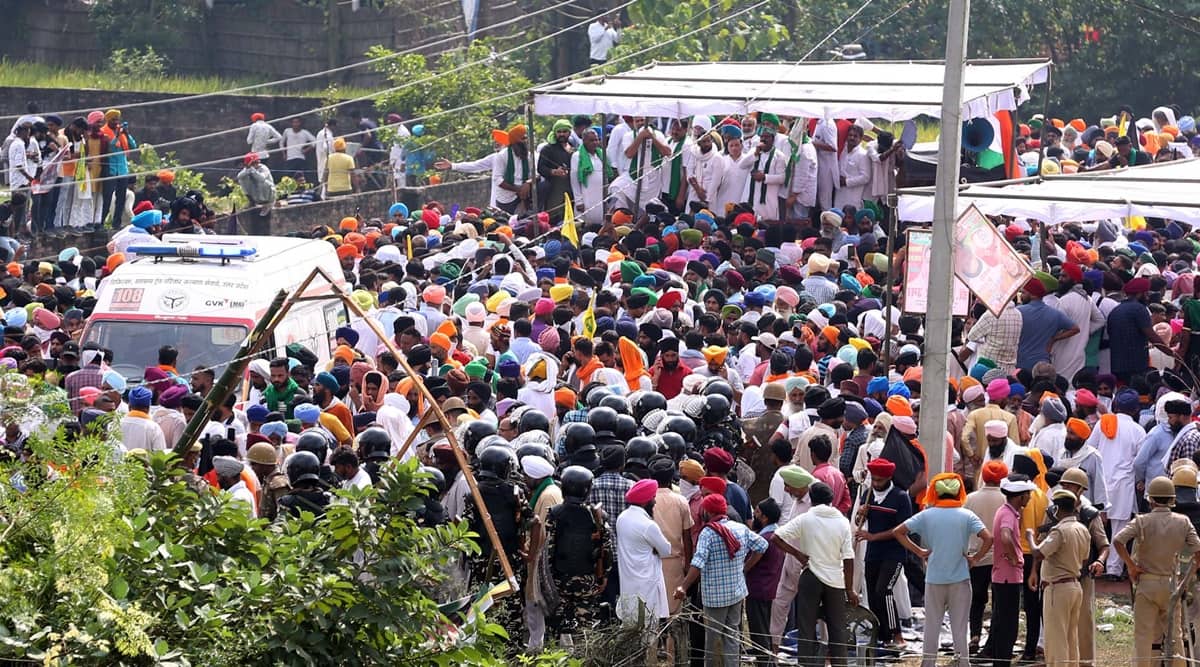 The Samyukta Kisan Morcha on Tuesday said that a video has now emerged proving that the vehicle linked with Union Minister of State for Home Ajay Mishra Teni had mowed down farmers, who were walking peacefully, in Uttar Pradesh’s Lakhimpur Kheri Sunday. SKM also said that the eyewitness accounts confirm the minister’s son Ashish Mishra was driving the vehicle.

On Sunday, four farmers and a local journalist were among eight persons killed after a convoy of three SUVs, including one owned by MoS Home Ajay Mishra, hit a group of farmer protesters, leading to a clash. A video of the incident was posted on Twitter on Monday, which is now viral. On Monday, the police registered an FIR on charges of murder against Mishra’s son Ashish, who was allegedly driving one of the vehicles. The state government announced Rs 45 lakh each for the families of the deceased. Further, a judicial committee headed by a senior judge will probe the incident. No arrests have been made so far. 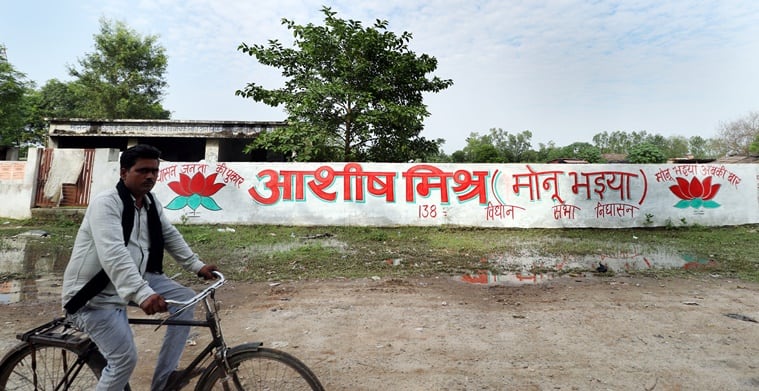 The minister had earlier claimed that he has evidence to prove that neither him nor his son was present at the spot during the incident. He added that they are ready to face any investigating agency. “Culprits who have planned this incident won’t be spared,” he was quoted as saying by ANI.

Speaking in his son’s defence, Mishra added, “We aren’t aware of how the incident happened. Based on information and videos, it’s visible that the driver was killed after being pulled out of the car. If it were my son, he’d have been dead. It’s impossible to get out of a place where a car ran over people amid a gathering of thousands”.

The SKM statement said the video proved Teni’s claims to be false.

“In the video, it was clear that the explanation given by the minister Ajay Mishra Teni and his son was proven to be false. The vehicles of the minister fatally mowed down peacefully walking unaware protestors who were returning from their protest. Many eyewitness accounts are now being captured on videos which also reveal that the minister’s Son Ashish Mishra was indeed driving the ‘Thar’ vehicle, from which he later got down and ran away, with cover and support provided by the police, and while firing on protestors. The journalist Raman Kashyap’s family is pointing out that he was killed by vehicles crushing him,” the statement said.

SKM also reiterated its earlier statement that one of the protestors was shot dead by the police. They demanded a re-post mortem of the body of Gurvinder Singh (20), who allegedly died of bullet injury. “The first post-mortem did not confirm this (death due to bullet injury). In his case, a re-post-mortem should be conducted by a team of doctors from AIIMS, BHU, PGI and a senior forensic doctor in Bahraich, under video recording and in the presence of SKM representatives”.

The SKM further said that the last rites of the deceased farmers are being conducted after obtaining post mortem reports as agreed upon with the administration.

It added that the agitation will not be called off until these demands are met and the plan of action for the same will be announced soon.

SKM also accused the Modi government of going back on the “commitment made on the floor of the Parliament, in fact, when it comes to making MSP a reality for all produce and farmers”.

“It is high time that BJP looked into its own political dishonesty in making direct promises to farmers and reneging on them. SKM also reiterates that the so-called “reforms” are not beneficial for farmers, irrespective of which party is proposing these. These “reforms” are meant to facilitate the business of agri-corporations at the expense of millions of farmers in the country. Farmers did not ask for such reforms, and do not want them,” it said.