Rashpal Malhotra contributed to nearly 10 books and authored at least 30 research papers dealing with subjects of national and international importance, besides presenting papers in international and national conference in India and abroad. A pioneer of social research who put Chandigarh on the international map on issues of economy, agriculture, banking, resource mobilisation, health and international relations, Dr Rashpal Malhotra died at Fortis Hospital, Mohali due to Covid-19 complications on Tuesday. He was 84.

Malhotra founded the Centre for Research on Rural and Industrial Development (CRRID) in Chandigarh. Over the years, under his guidance as founder director, CRRID made a name for itself in various fields of research. As long as Malhotra actively took part in the activities of CRRID, he would himself help researchers and journalists with queries, and remained the executive vice chairman of the centre till his death.

It was in Malhotra’s office that I once ran into the then Pakistan High Commissioner to India, Abdul Basit, whom he was persuading to forge an academic link between the Panjab University Chandigarh and Punjab University Lahore. An intense votary of peace between India and Pakistan and good neighbourly relations, Malhotra wanted the two universities to hold online classes for each others’ students so that there was better understanding between the young generations of the two nations.

His efforts to hold Track-2 dialogues between the academicians and journalists of India and Pakistan continued unabated despite ups and downs in the political relations between the two countries, and CRRID hosted many such events.

Born on November 10, 1936 in Kasur in undivided India, Malhotra fled to India during Partition and in the penury of the days that followed, was forced to sell groundnuts at the Jalandhar railway station to make ends meet. Dr R S Ghumann, who worked closely with him at CRRID, said, “He even did whitewashing of houses in Delhi to supplement his parents’ income.”

Malhotra started his career as a clerk at Panjab University after completing his matriculation and thereafter did his Masters in Public Administration and Bachelors in Urdu. He also worked as an Estate Officer and Public Relations Officer at the Indian Institute of Advanced Studies in Shimla for a number of years, and it is there that he came in touch with a large number of researchers and felt a drawing towards this field, said Ghumann.

After working for some time at a cycle factory in Rajpura and then with Mahindra and Mahindra, Malhotra established CRRID in 1978 in the garage of a house in Sector 21. In 1983, the centre moved to its present campus in Sector 19 and in 1984, CRRID got the status of an Indian Council of Social Science Research (ICSSR) Institute — the only institute north of Delhi to get this recognition.

Malhotra’s close associations with many senior political leaders, particularly from the Congress, helped him put CRRID on a firm footing. Right from the time when Indira Gandhi was Prime Minister to when Pranab Mukherjee was President, Malhotra worked his links assiduously to ensure that CRRID was present for some prestigious chairs like the Nehru SAIL Chair, RBI Chair, SBI Chair and HUDCO Chair besides many other research projects.

Malhotra contributed to nearly 10 books and authored at least 30 research papers dealing with subjects of national and international importance, besides presenting papers in international and national conference in India and abroad. 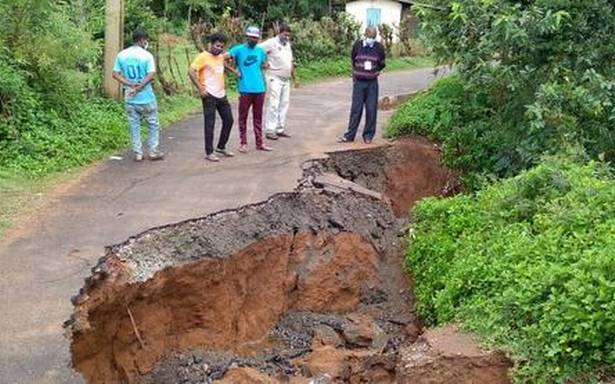