Vaccinate maximum number of people, 70% of population has to be inoculated: Health Minister Rajesh Tope 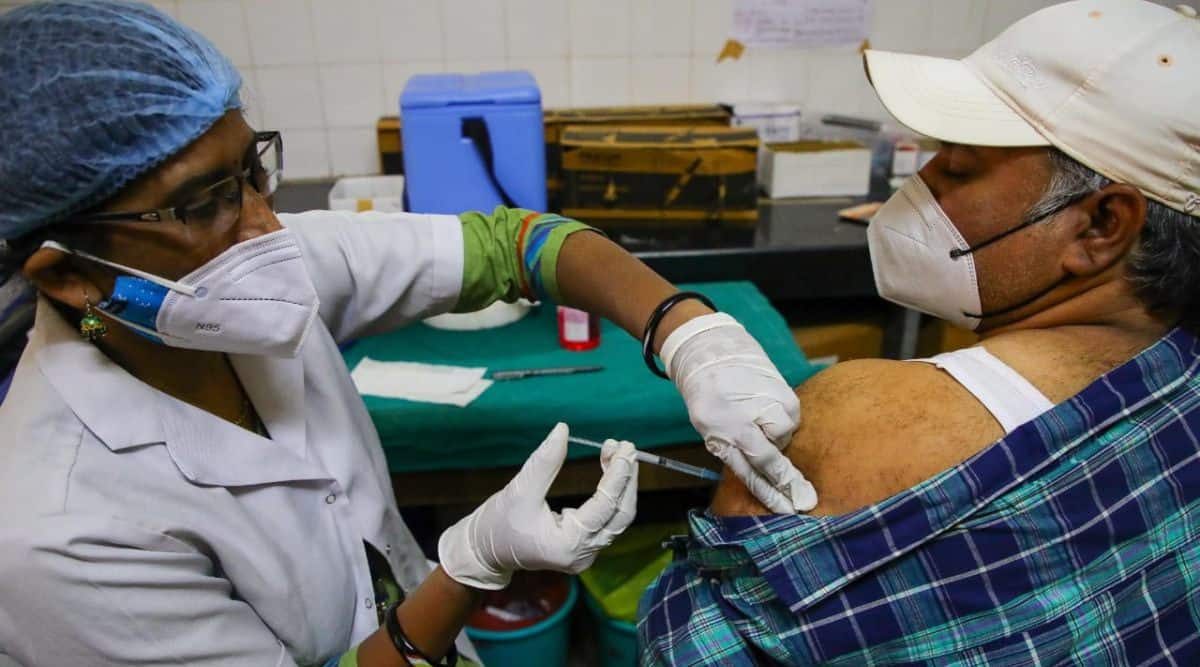 Ahmednagar, Beed, Sangli and Raigad are among some districts in the state that ran out of their stock of Covishield vaccine on Tuesday, according to officials of the state Health department. While the daily vaccination count came down to 3.72 lakh doses across the state, as against its highest count of over 7 lakh a few days ago, officials said they were expecting another nine lakh doses of Covishield by July 2.

Dr Pradeep Vyas, additional chief secretary (Maharashtra), told The Indian Express that on Tuesday, the vaccination dose administered till 6 pm was 3.72 lakh, and some of it may have been in the private sector. “This morning we had 3.29 lakh Covishield doses and 5.7 lakh Covaxin doses. Presently, Covaxin is being used to administer the second dose,” said Dr Vyas.

He admitted that some districts ran out of Covishield doses on Tuesday. “However we have just received two lakh doses and will be passing it on to a few of them. We are expecting another nine lakh Covishield doses by July 2,” Dr Vyas told The Indian Express.

Meanwhile, at a media conference on Tuesday, state Health Minister Rajesh Tope urged the maximum number of citizens to get the Covid vaccine. Till date, the state has administered over 3.17 crore doses.

“We want to vaccinate 70 per cent of the population and have the capacity to vaccinate more than 10 lakh beneficiaries daily. As of today, we were able to administer 3 to 3.5 lakh vaccine doses,” Tope said.

The minister said a decision on administering the dose to persons who are unable to visit Covid vaccination centres will be taken soon. “We will send mobile vans near their homes and ensure that they get the jab,” Tope said, stating that at least 70 per cent of the population needs to be vaccinated on a priority basis.

“There is now a plateauing of cases. However, we are noticing a trend that due to reduction in cases, there is a general mindset that the situation is now alright. We can’t afford to let our guard down. While Covid-appropriate behaviour protocols must be followed, we need to adopt a more aggressive approach by getting vaccine doses. If we can vaccinate at least 70 per cent of citizens, then the severity of the disease may not be that high,” Tope said.

He has also directed districts to continue testing in large numbers. People who are in high-risk groups should go ahead with testing and should cooperate, said the minister. “We have brought all districts to Level 3 restrictions and urged citizens not to flout these rules,” said Tope.

In a statement issued on Tuesday, Pune Divisional Commissioner Saurabh Rao said that over one crore samples have been tested across Pune division (Pune, Satara, Sangli, Solapur and Kolhapur districts) for SARS-CoV2 virus. “Of the 1.4 crore samples tested, over 17 lakh have tested positive till date,” he said. Pune Division currently has 41,522 active cases of Covid-19.

In Pune district, health authorities said there was enough stock of vaccine doses to last till Wednesday. “In the last five to six days, we have administered doses to at least one lakh beneficiaries daily. We hope to get more stock soon,” said Dr Sanjay Deshmukh, assistant director (health), Pune circle.