Lashed by heavy rains on Wednesday, Mumbai, meanwhile, is set to witness more rainfall in the next few days, with heavy to very heavy rain predicted for Friday and Saturday, and “extremely heavy rain at isolated places” forecasted for June 13 and 14. 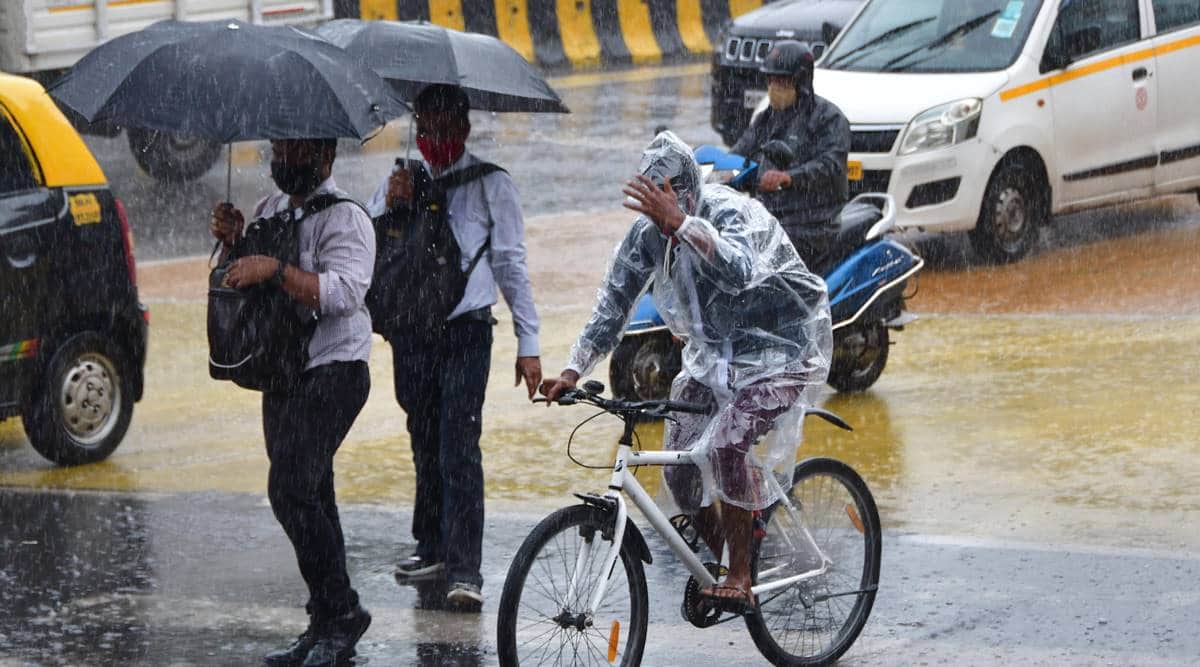 Lashed by heavy rains on Wednesday, Mumbai, meanwhile, is set to witness more rainfall in the next few days, with heavy to very heavy rain predicted for Friday and Saturday, and “extremely heavy rain at isolated places” forecasted for June 13 and 14.

With the strengthening of westerly winds and the formation of a low-pressure system over the Bay of Bengal on Friday, heavy to very rainfall is forecast over coastal Maharashtra, said the IMD.

According to the district forecast warning, orange alert for heavy to very heavy rain until Saturday has been issued for Mumbai, Thane, Palghar, Raigad, Ratnagiri and Sindhudurg.

Rainfall is most likely to further increase between June 13 and 14 as the IMD has issued a warning of “extremely heavy rain at isolated places” i.e., above 204.5 mm in 24 hours for Mumbai and the rest of the Konkan region. Heavy rainfall warning has also been issued for Madhya Maharashtra and Vidarbha till June 13.

As per the 48-hour forecast for Mumbai, moderate rainfall is likely in the city and suburbs with the possibility of heavy to very heavy rains at isolated places.

After a day of torrential rainfall in Mumbai and Thane, moderate rain and thick cloud cover were witnessed in the region on Thursday. In nine hours between 8:30 am and 5:30 pm on Thursday, 46.8 mm rain was recorded, taking the June month’s rainfall tally to 473.7 mm. In the first 10 days (till 5:30 pm), Mumbai has achieved 93 per cent of the average June rain (505mm).

IMD said that the monsoon had advanced to the remaining parts of Maharashtra, Telangana, Andhra Pradesh, some parts of Madhya Pradesh and southern Odisha on Thursday. The Northern Limit of Monsoon has passed through Nandurbar (Maharashtra), Surat (Gujarat), Betul and Mandla (Madhya Pradesh), Bilaspur (Chhattisgarh), Balangir and Puri (Odisha), and Bagdogra (West Bengal), IMD said. The monsoon is likely to make further progress into Gujarat, Madhya Pradesh, Chhattisgarh, the rest of Odisha and the entire West Bengal in the next 24 hours, it added.