“He (Adityanath) is the peetadheeshwar of Goraksha peeth, which is the centre of faith and respect for the complainant and crores of Hindus,” the complaint said. 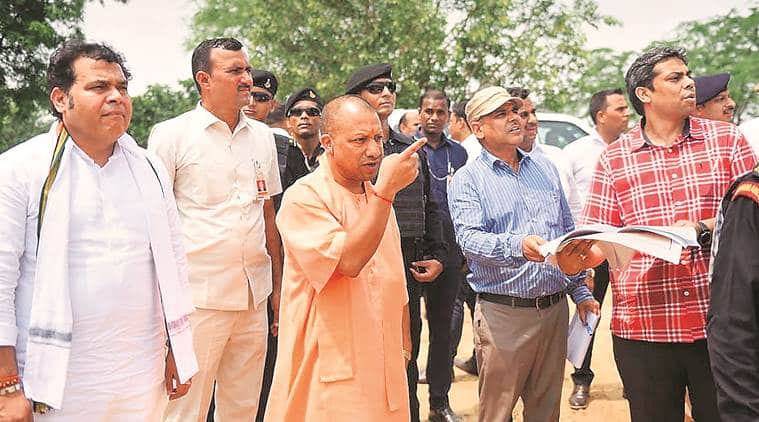 AN FIR was registered in Varanasi against Samajwadi Party (SP) leader I P Singh for allegedly hurting religious sentiments by referring to Chief Minister Yogi Adityanath by his old name, Ajay Singh Bisht, on Twitter.

Singh was booked under section 67 (Punishment for publishing or transmitting obscene material in electronic form) of the Information Technology Act. The FIR was lodged late Monday evening at Shivpur police station in Varanasi.

Circle Officer, Cantonment, Mohammad Mushtaque, said the case was lodged after the police received a complaint alleging that I P Singh had hurt religious sentiments. “The FIR was lodged after we received a complaint regarding calling the Chief Minister by his old name. We are investigating the matter and will only be able to comment on the issue after a probe,” said Mushtaque.

The complaint states, “Please lodge an FIR against Samajwadi Party’s I P Singh for calling the respected Chief Minister as Ajay Bisht on Twitter, which is a medium to connect crores of people, in order to make fun of Sanatan Dharm, saints and saint culture. This way he has hurt mine and crores of others’ belief and religious culture.”

“He (Adityanath) is the peetadheeshwar of Goraksha peeth, which is the centre of faith and respect for the complainant and crores of Hindus,” the complaint adds.

The complainant, Kamlesh Chandra Tripathi (49), a lawyer at the Varanasi Civil Court, claimed that Singh had hurt the feelings of ‘sants’ (seers) “The CM of Uttar Pradesh, Yogi Adityanath, is a saint and he has given up his family life and family name. After giving up his family life, he has become the head of the Gorakhnath temple. According to our traditions, if someone becomes a sanyasi, then he goes through ‘shraadh karm’. After the shraadh, the person has no connection with his old life,” said Tripathi.

When contacted, Samajwadi Party spokesperson I P Singh claimed that he only got to know of the FIR by reading about it in media reports. “The police did not inform me about the complaint. They did not ask me for my side [on the matter] and lodged the FIR. I have not done anything wrong by calling the CM Ajay Bisht. I will continue to do so. People give up their material life in order to become saints. The CM travels in helicopters and holds a public post,” said Singh, who also said he left the BJP after 30 years in February 2019 and then joined the SP.

He tweeted on Wednesday that he will move the High Court and challenge the FIR.

For all the latest Lucknow News, download Indian Express App