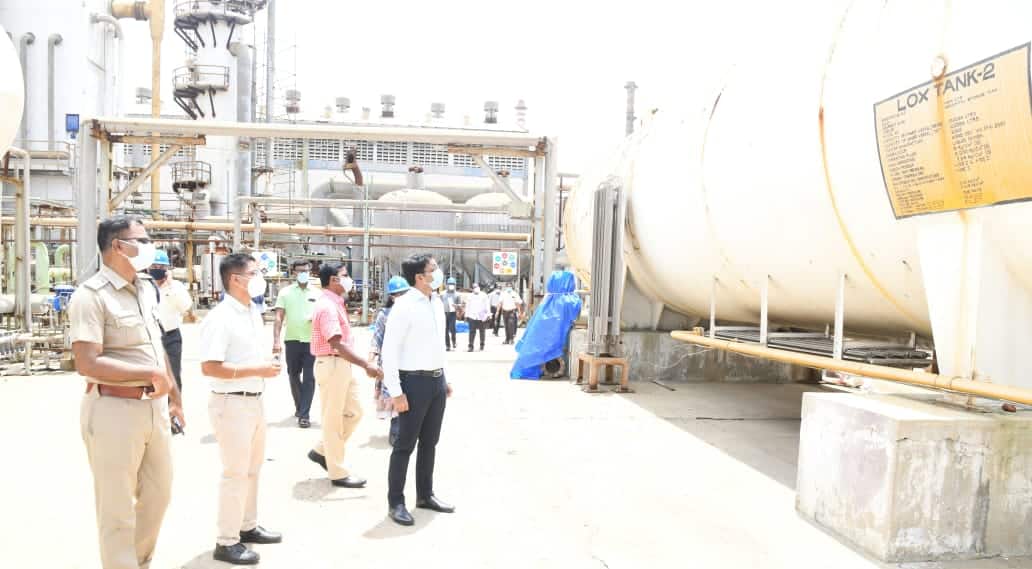 Vedanta Ltd owned Sterlite Copper Plant which recently, commenced production of medical oxygen at its facility in Tamil Nadu has faced a ‘technical snag’ in a cold box leading to a suspension of production, the company said on Friday.

In a statement on Friday, the company said, “a technical snag has developed in the cold box at our oxygen plant in Tuticorin, leading to a temporary pause in production.”

The company said it anticipated a ‘minor technical fluctuation’ since the plant remained unattended for three years.

A technical expert group has been onsite from day one to monitor the situation and to provide real-time solutions to resume production at the earliest. “We plan to return to stabilised production soon,” the company said.

On Thursday, the company said with the production ofmedical oxygen, it would initially dispatch two oxygen tankerson a daily basis and later it would be ‘scaled up’ by ramping up production.

The oxygen supplied is of 98.6 per cent purity and has received the necessary certifications for its use.

The Sterlite copper smelter plant was given approval by the then AIADMK government on April 26 at an all-party meeting to produce medical oxygen at its facility for a periodof four months at the facility in Tuticorin.

The unit was sealed by the state government in May 2018, days after 13 agitators who were part of a protest against the company over environmental concerns were killed in police firing during a violent anti-Sterlite stir in the southern district.