Raju Mupparapu, a 31-year-old BSc graduate, has in the past collaborated with different district administrations and local bodies for many of his innovations like solar-powered mobile charger and sensor for street lights. To tackle rising fuel prices, a local innovator in Telangana’s Warangal has come up with an indigenous solution by retrofitting his bicycle with a battery-powered motor and thereby claims to have reduced the use of petrol by up to 90 per cent in the last 10 months. For the record, petrol costs Rs 106.51 in Hyderabad and Rs 105.99 in Warangal now.

Raju Mupparapu, a 31-year-old BSc graduate, is no stranger to innovations and has in the past collaborated with different district administrations and local bodies.

Raju told indianexpress.com that earlier he used to spend close to Rs 90 daily for his commute to and from his workshop, 10 km away from his home. “In the last 10 months, petrol prices have only gone up. Since I started using my battery-operated cycle, I would have saved around Rs 15,000 or more on fuel charge,” he says. 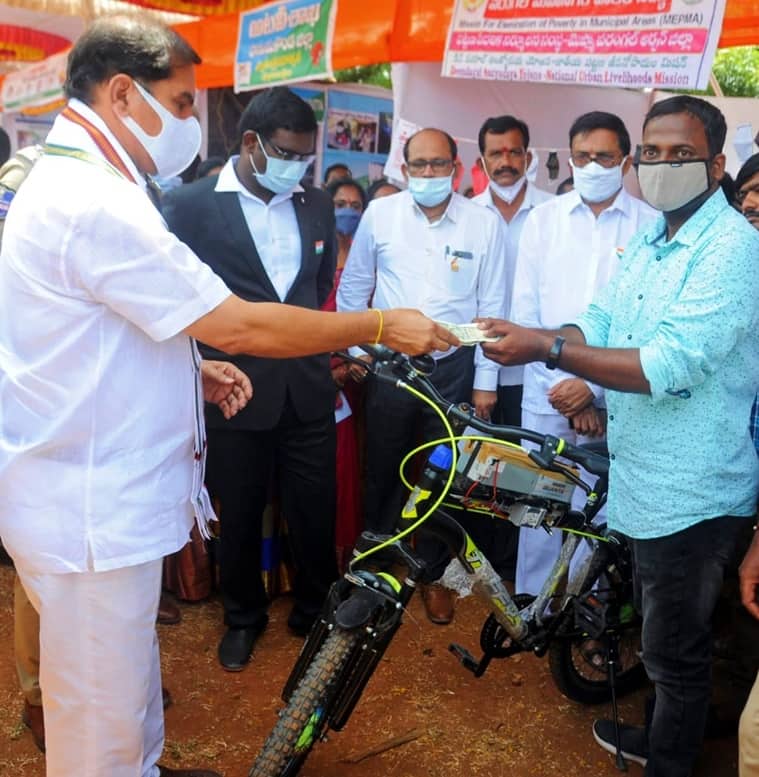 In January 2021, Raju bought a new cycle and retrofitted it with two 12 volt batteries and a DC motor. “I connected the motor to the chain sprocket and used an electronic accelerator used in bikes. With a charge controller to regulate the power and a charger for the battery, the cycle was ready,” he says. The batteries can attain full charge in 2 hours, enough to travel a distance of 20 km, he adds.

“After local MLA Dasyam Vinay Bhaskar (of Warangal West) bought a cycle from me recently, many people have been approaching me for similar ones. But as I don’t have the resources, I have requested government support for a loan,” says Raju, who lives with his wife and two children in Gopalapuram village. Raju says any cycle can be retrofitted similarly for Rs 12,000 though a cycle just like his would cost Rs 20,000. 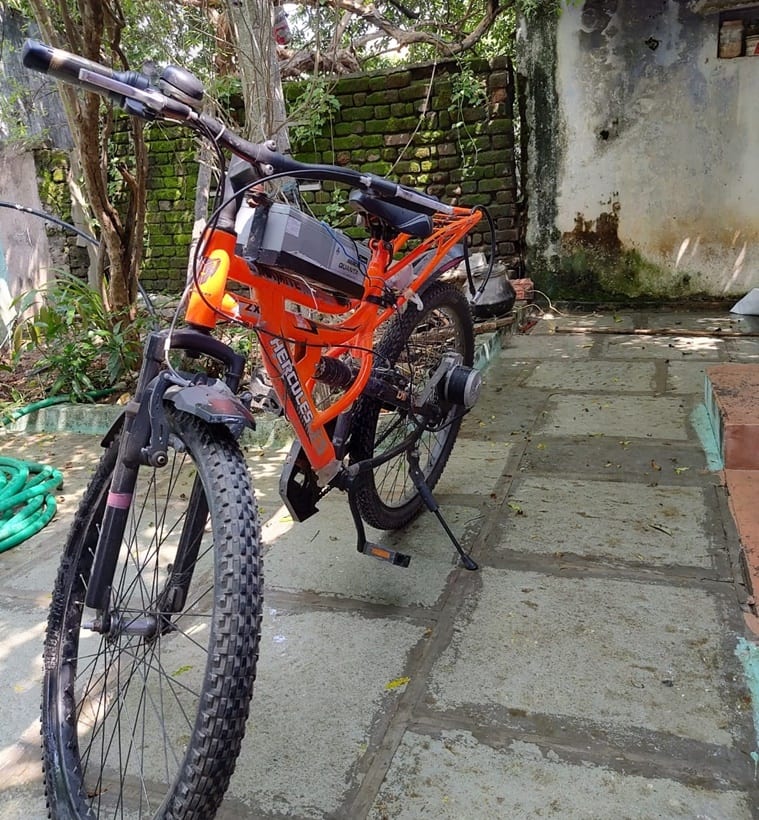 Earlier, Raju had come up with a public mobile phone charger that uses solar power and allows eight phones to be charged at once, for use at bus stations and railway stations. Another of his popular innovations is a solar grass-cutting machine and a disinfectant and pesticide sprayer that works on solar power.

When the first wave Covid-19 hit in 2020, Raju made pedal-operated liquid soap and water dispenser machines which were installed outside government offices and police checkpoints.

A sensor for street lights is one of Raju’s recent contributions for conserving power and reducing electricity charges.

“More than 200 of my streetlight sensors are currently installed in the districts of Yadadri-Bhongir, Warangal, Hanmakonda, and Patancheru in the Sangareddy district. They are working very well and this innovation can be implemented across Telangana with the government’s support,” he adds.