Admiral Michael Gilday was given a guided tour of facilities at Visakhapatnam Naval Dockyard. 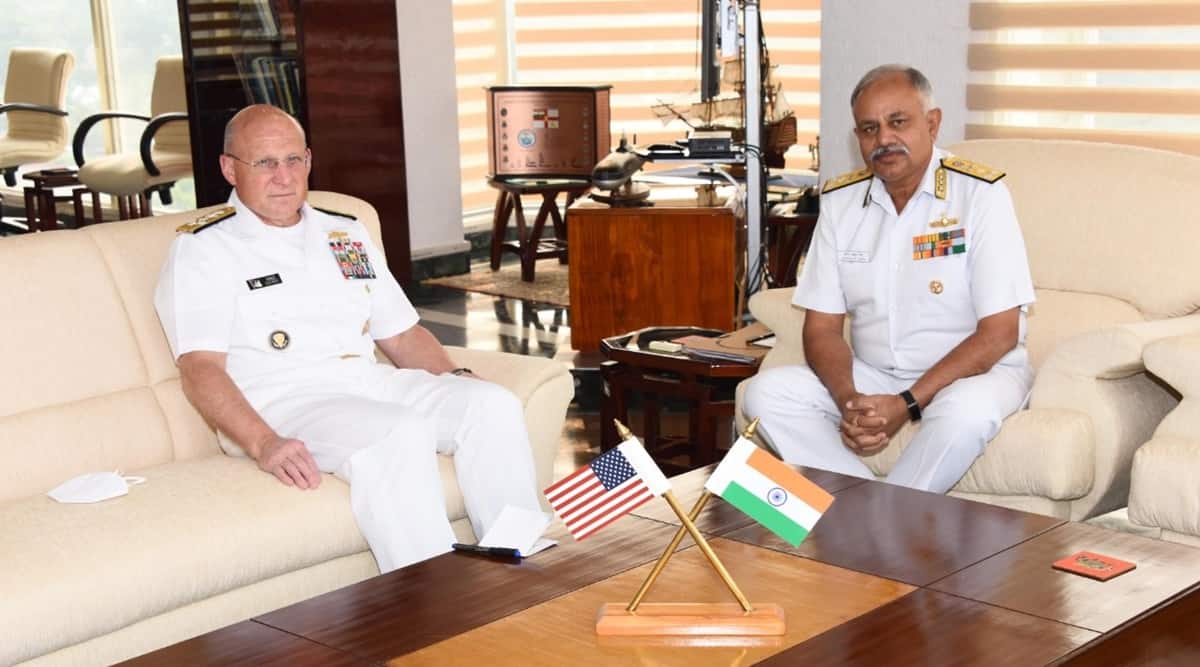 Later, Admiral Michael Gilday was given a guided tour of facilities at Visakhapatnam Naval Dockyard. The CNO paid homage to naval personnel who have made the supreme sacrifice in the line of duty to the nation at the ‘Smaram Sthal’ Memorial in Naval Dockyard.

The Admiral is scheduled to embark the USN Carrier Strike Group participating in Exercise Malabar, along with Chief of Naval Staff Admiral Karambir Singh, Vice Adm Ajendra Bahadur Singh, and other US-India delegates on Thursday. Linda Gilday will interact with the Committee Members and ladies of the Navy Wives Welfare Association (NWWA) (Eastern Region) and will also visit the NWWA facilities during her stay at Visakhapatnam.

The Indian Navy is currently participating in the Second Phase of Multilateral Maritime Exercise Malabar along with the Japan Maritime Self Defence Force (JMSDF), Royal Australian Navy (RAN) and the United States Navy (USN). The exercise is being conducted in the Bay of Bengal, with INS Ranvijay and INS Satpura participating.