Kejriwal also promised to make Uttarakhand the spiritual capital for Hindus and generate employment by promoting religious tourism in the state. 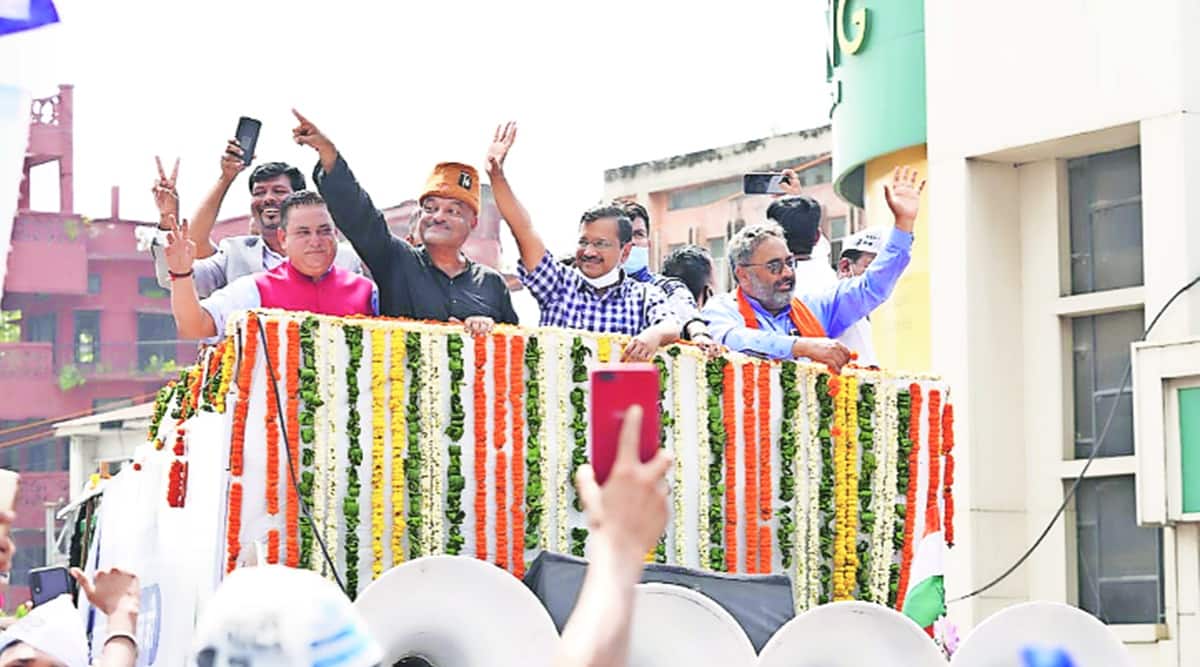 AAM AADMI Party (AAP) chief and Delhi Chief Minister Arvind Kejriwal on Tuesday announced that retired Army officer Ajay Kothiyal will be the party’s chief ministerial candidate for the 2022 assembly elections in Uttarakhand. Shortly after the announcement, he also took out a roadshow in Dehradun along with Kothiyal.

Addressing reporters, Kejriwal said Kothiyal’s name got “overwhelming” response from the people in a survey that the party conducted over the past month to pick the chief ministerial candidate.

“The people said they do not want selected parties and selected leaders anymore… Now they want a patriot Army man (desh bhakt fauzi) who will not spend his tenure filling his own coffers but serve them for development of Uttarakhand. They said they want Ajay Kothiyal as their CM,” Kejriwal said.

After the 2013 flood disaster in Kedarnath, the AAP leader said, Kothiyal and his team worked to rebuild the valley, following which he came to be known as “Bhole ka fauzi”. “Now he has taken up the task of development in Uttarakhand,” Kejriwal said.

Months before the disaster struck Kedarnath valley, Kothiyal, a celebrated mountaineer who conquered Everest twice, was appointed as principal of the Nehru Institute of Mountaineering (NIM), Uttarkashi. Given the geographical proximity, he was one of the early responders to the havoc in Kedarnath.

He formed five rescue teams of 20 people each, including soldiers of 109 Engineer Regiment, and rescued around 6,500 tourists. Later, the state government assigned to him the task of reconstruction of the yatra route.

Kothiyal also invited youths from the disaster-affected areas to NIM and trained them to join the Army. “He gave free training and get over 10,000 youths selected in defence forces. This man knows how to train youths and make them employed. Uttarakhand’s future is safe in his hands,” Kejriwal said.

Kothiyal, 52, who began his career as a Second Lieutenant in Fourth Battalion of Garhwal Rifles Regiment, retired from the Army in 2018 as a Colonel. He was awarded Vishisht Seva Medal for climbing Mount Manaslu, world’s eighth highest peak, in Nepal in 2011.