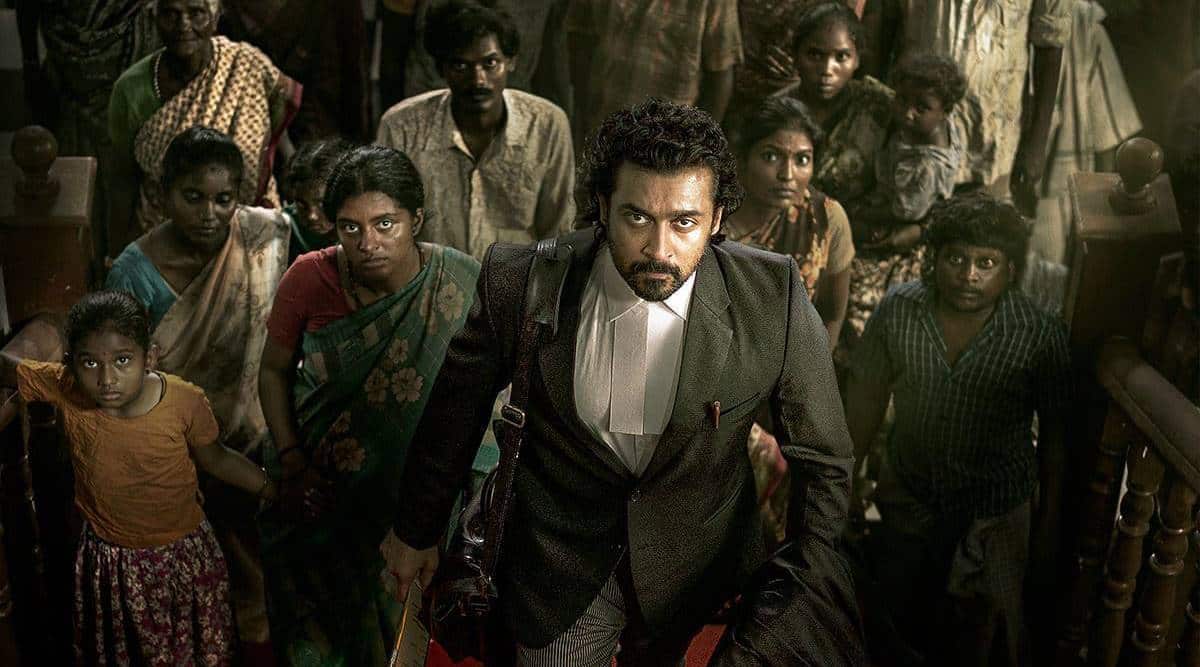 Akin to the Chennai rains, the controversy surrounding the movie ‘Jai Bhim’ has not receded. Following a legal notice to the makers of the film, the Vanniyar Sangam has now approached the state and the central governments asking not to provide any appreciation or recognition like a national award or any other award to the movie as it, according to them, exhibits false and defamatory sequences against a particular community, causing communal disharmony in the part of the country.

On behalf of Vanniyar Sangam’s president Arulmozhi, the letter has been issued by K Balu, the spokesperson and lawyer of Pattali Makkal Katchi (PMK) to the Directorate of Film Festivals and Secretary, Ministry of Information and Broadcasting, New Delhi and Secretary, Information and Public Relations Department, Chennai.

Further, the Vanniyar Sangam said apart from the various cases that have been filed in the state against the production team, they are also contemplating civil and criminal action.

“Although the movie line, based upon a real story, is to exhibit the misery undergone by an underprivileged man and his wife, in view of the mischievous sequences in the movie, deliberately inserted for the purpose of damnifying the particular community, this movie does not deserve any recognition or appreciation,” the letter reads.

The Sangam claimed that the scenes of the movie amount to offend under different sections of IPC and the makers of the movie are continuously indulging in activities defaming the most backward and downtrodden communities like Vanniyars and other communities.

Earlier in the legal notice, the Vanniyar Sangam said the ‘Jai Bhim’ crew managed to retain most of the characters’ names with real names such as Rajakannu, advocate Chandru, police officer Perumalsamy but deliberately changed the name of the sub-inspector (SI) who tortured the victim in police custody. They said that in one of the sequences of the movie, the ‘Agni Gundam’, a sacred symbol of the Vanniyar community, was shown in the calendar behind the SI character with a malafide intention of defaming and damaging the image and reputation of the entire community.

Further, it was said that the character name of the SI was changed from ‘Anthonysamy’ to ‘Gurumurthy’ and is repeatedly referred to as ‘Guru’ resembling late J Guru, one of the frontline leaders of their community.

Meanwhile, Tamil Nadu Police Wednesday booked a PMK functionary who announced a cash reward of Rs 1 lakh to anyone who attacks actor and producer Suriya. The man identified as A Palanisamy is the Mayiladuthiurai district secretary of the party. He made the controversial statement after he, alongside his supporters, forcibly stopped the screening of Suriya’s movie Vel at a local theatre. Palanisamy has been booked under five sections of IPC.