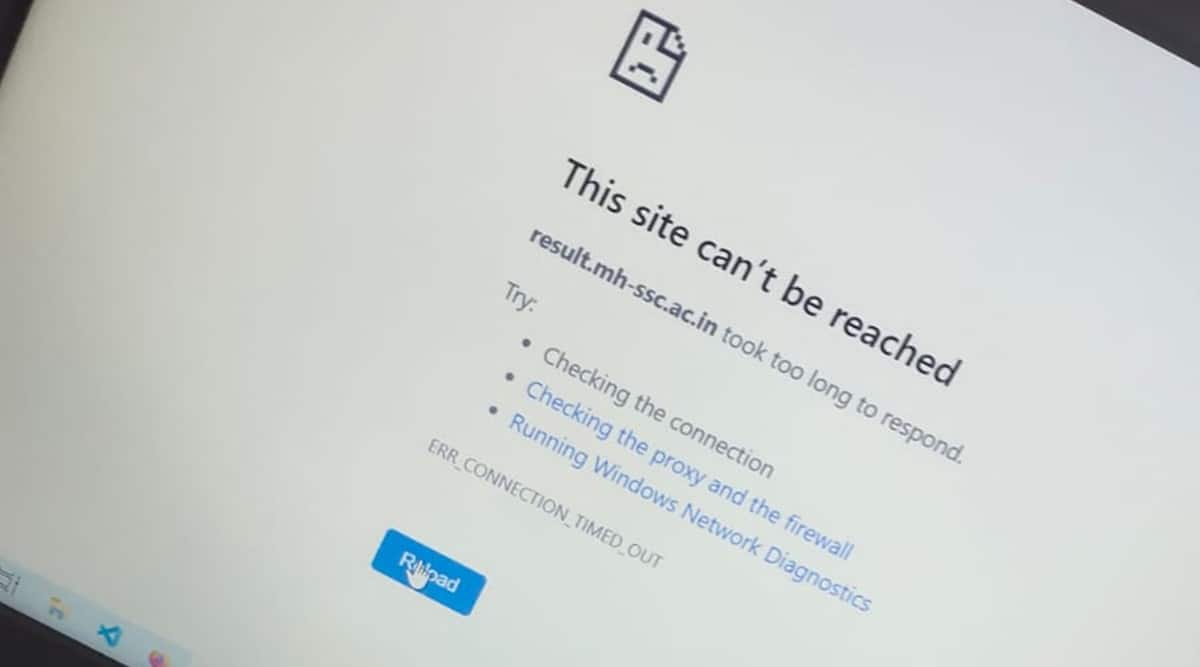 In a major embarrassment to the Maharashtra school education board, the two websites on which results of Class 10, Secondary School Certificate (SSC) were to declared remained unavailable throughout the day and till late in the night after their servers crashed. Following severe backlash and criticism as thousands of students and parents took to social media platforms to express their anger, even tagging the Chief Minister’s Office for help, state Education Minister Varsha Gaikwad offered an apology to candidates and promised to take stringent action against officials responsible for the situation.

The Maharashtra State Board of Secondary and Higher Secondary Education (MSBSHSE) had announced that results of over 16 lakh fresh and repeater candidates for SSC would be available on the websites — result.mh-ssc.ac.in and http://www.mahahsscboard.in — by 1 pm on Friday. Within minutes of SSC results being declared, the websites on which the results were to be displayed crashed.

Dinkar Patil, chairman of the Maharashtra State Board of Secondary and Higher Secondary Education (MSBSHSE), said, “We had taken all the precautions and were prepared to handle the load and yet somehow, the server crashed. We are continuously in touch with the technical team to resolve the issue.”

Stating that she was aware that Class 10 was a very important year for students and there was a lot of anxiety amongst them and their parents regarding the results, Gaikwad said, “We apologise for the inconvenience caused by the SSC result link being inaccessible due to a technical issue. I have ordered a full inquiry into the incident. Strict action will be taken against all those responsible to ensure that such incidents don’t recur.”

The apology, however, wasn’t enough to pacify students and parents whose anger spilled over on various platforms. In fact, some even started mocking the tardiness of the state education board by coming up with several memes on the issue.

Archana Panch, vice-principal of Ramanbaug School, said, “We waited in the school till 5.30 pm as we kept getting calls from students and parents. We tried making inquiries but no one could give a solution, and all schools were facing the same issue. Students were really anxious but by evening, some were able to access their individual results though we still couldn’t get it through the school.”

Harishchandra Gaikwad, president of the Pune District Headmasters Association, said the situation was the same everywhere. “They told us the servers couldn’t handle the load. Since every year we have almost the same number of SSC students accessing the site, we think it may be due to the filling of marks for HSC. One of the websites for SSC results was the same as the one on which schools were expected to start filling data of HSC students from Friday… though this still doesn’t explain why the other website crashed. But by evening, we heard that individual results had started opening up slowly,” he said.