The Election Commission has made tight security arrangements and directed all stakeholders to maintain covid 19 protocols. 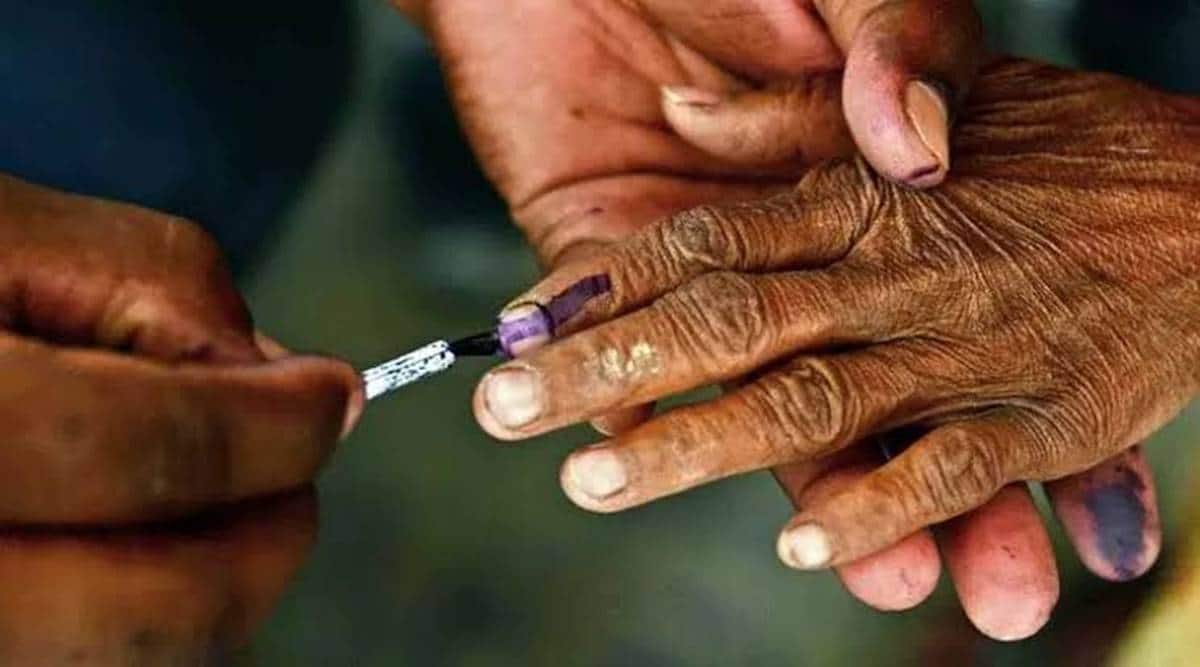 ASSEMBLY BYPOLLS in four seats — Dinhata, Santipur, Khardaha and Gosaba — in West Bengal will be held on Saturday. Bypolls to Dinhata and Santipur seats are being held as two sitting MPs Nisith Pramanik and Jaganath Sarkar did not take oath as MLAs from the respective constituencies after winning in the state Assembly polls earlier this year.

Bypolls to Khardaha and Gosaba are being held following the death of the TMC’s winning candidates.

The Election Commission has made tight security arrangements and directed all stakeholders to maintain covid 19 protocols.

In Cooch Behar district’s Dinhata, focus is on TMC heavyweight and former MLA Udayan Guha who is contesting to reclaim the seat. BJP’s Nisith Pramanik had defeated Guha by a margin of only 57 votes in state Assembly polls. This time, the TMC leader is contesting against BJP’s Ashok Mandal. In Santipur of Nadia district, the BJP has fielded Brajakishore Goswami contesting against TMC candidate Niranjan Biswas.

The BJP is fighting hard to retain these two seats in the wake of its MLAs defecting to the TMC at regular intervals.

Meanwhile, state minister and senior TMC leader Sovandeb Chattopadhyay, who had resigned from Bhabanipur constituency to facilitate Chief Minister Mamata Banerjee’s election to the Assembly, is fighting from Khardaha.

Bypoll to this seat in North 24 Parganas district was necessitated after TMC’s winning candidate Kajal Sinha died due to covid 19, just days after election to the seat was held. Chattopadhyay is up against BJP candidate
Joy Saha.

On the other hand, TMC’s winning candidate fron Gosaba seat, Jayanta Naskar too succumbed to Covid-19 after state Assembly polls. The TMC has fielded Subrata Mondal from the seat who is contesting against BJP’s Palash Raha.