The ED had registered an Enforcement Case Information Report (ECIR) against Khadse last October in connection with a case related to a 2016 land deal in Bhosari, Pune. 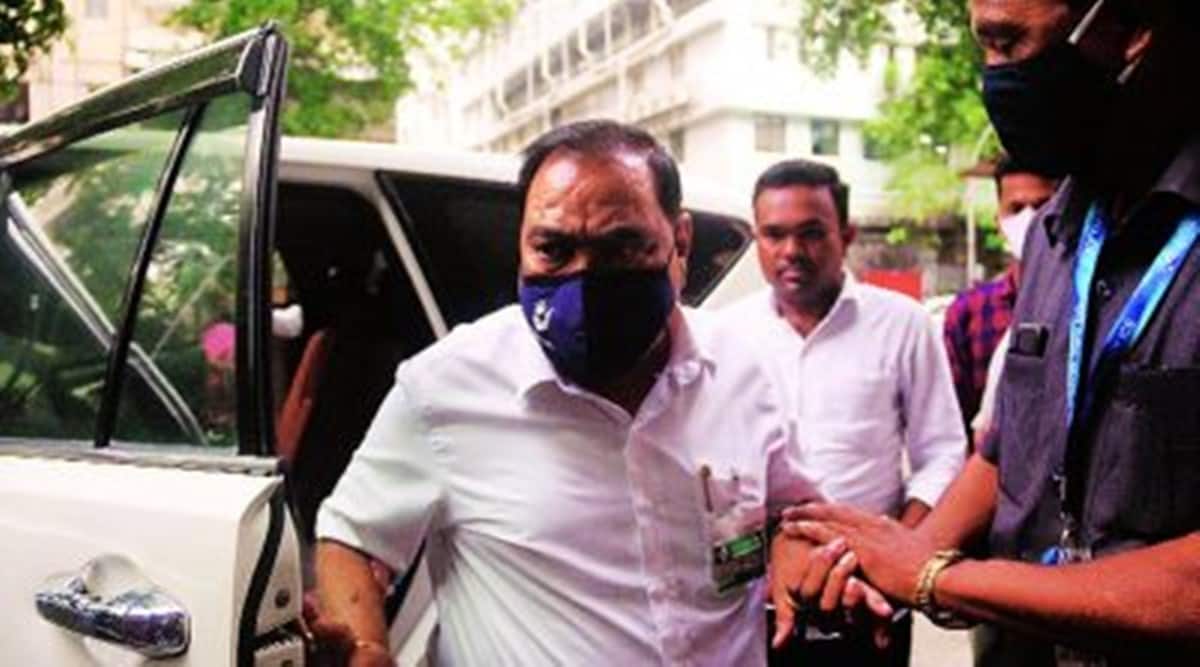 Hearing a plea by former state Revenue Minister Eknath Khadse against the Enforcement Directorate (ED), the Bombay High Court on Monday asked the central agency why it was necessary to arrest the accused if he was cooperating with the probe.

The ED had registered an Enforcement Case Information Report (ECIR) against Khadse last October in connection with a case related to a 2016 land deal in Bhosari, Pune.

A division bench of Justice S S Shinde and Justice Manish Pitale asked why Khadse’s apprehension of being arrested while responding to summons and “incriminating questions” was unfounded. The ED had sent a notice to Khadse over the land deal in December 2020.

Khadse, who left the BJP to join the NCP last October, appeared before the ED on January 15 and was questioned for over six hours in connection with the case.

Thereafter, Khadse had moved a criminal writ petition before the HC seeking quashing of the ECIR and sought interim protection from coercive action pending hearing of his plea. Khadse’s counsel had submitted that his client has been cooperating with the central agency and would continue to do so, therefore no arrest be made pending hearing.

The ED had from time to time orally assured the HC that it would not take any coercive action against Khadse till the next hearing.

Senior counsel Aabad Ponda, representing Khadse, said during an earlier hearing that his client had filed the plea as he was apprehensive of being arrested in connection with the ECIR through “incriminating questions” being asked by the investigating agency. He submitted that though Khadse was named in the ECIR, the report was prepared in view of the earlier FIR registered against Khadse and others in the land deal case.

Ponda submitted that his client was not challenging the ECIR but praying for quashing proceedings arising out of it, which included the earlier summons issued to him along with restraint on future summons.

On Monday, Ponda submitted that ED’s challenge to the maintainability of the petition was not valid as the summons did not mention any scheduled offences against Khadse and there was an “abuse of power” by ED.

Ponda on behalf of Khadse said, “I (Khadse) may not be an accused in the current proceedings qua ECIR, but the subject matter in the FIR and then ECIR is same and asking me questions which will implicate me in the FIR, will be against my rights under Article 20 (3) of the Constitution.”

After hearing Khadse’s submissions, Justice Shinde asked Additional Solicitor General Anil Singh (representing the ED), “If someone is ready to cooperate in that case, why arrest is necessary is his (Khadse) contention. Is he or is he not in an imminent threat of arrest? If he refuses to answer, will he not be arrested for non-cooperation?”

The bench added that apprehension was against not giving him an opportunity to respond to the proceedings against him and the same could be given to him (Khadse). The HC also said that as per past judgments, the accused was to be informed of offences before arresting him or her.

Justice Pitale said, “The petitioner is raising apprehensions under the Prevention of Money Laundering Act (PMLA). If there is an apprehension, he can be arrested then and there, he (Khadse) gets no breathing time.”

ASG Singh responded that there were separate and independent offences and investigation was at a preliminary stage. “The case is at the stage of collecting evidence, hence we have issued summons for that. The plea seeks to challenge future summons too and this is not the stage to challenge that.”

Due to paucity of time, the court adjourned the hearing. Hearing will continue on Tuesday.