Fadnavis, reacting to these allegations, took a jibe at Malik saying, “those who have relations with the underworld should not speak about me. 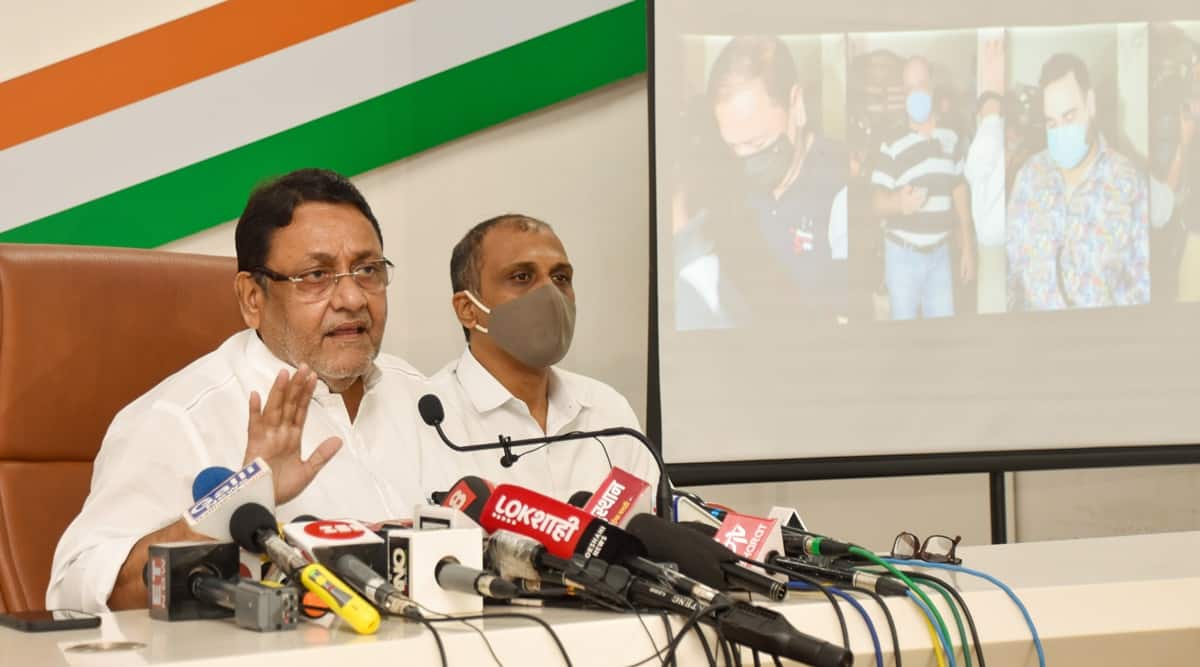 “Nawab Malik has just fired a lavangi phataka (firecracker). He has mischievously dragged me and my wife’s name with an individual to show drug links which are absolutely baseless. Hereafter, now, that Malik has started the game I will ensure it’s taken to its logical end. I will break a bomb post Diwali,” said Fadnavis.

The Maharashtra BJP chief added that all the “underworld links” of Malik will be brought to light in public. “I will submit these documents to NCP president Sharad Pawar,” Fadnavis asserted.

Responding to the photo of him with Jaideep Rana which Malik tweeted alleging Fadnavis’ drugs link, the former chief minister said, “When I was the chief minister an organisation which was associated with river rejuvenation project came forward to record a song titled  River March. They requested me and my wife to be part of the song.”

“Personally neither me nor my wife has any connection with the individual in question (Jaideep Rana). He came along with the River team. Just by posting our pictures with Rana does not amount to drug links. During the song recording members of river team recorded pictures. But Malik deliberately picked one picture to show my connection with drug peddler. It is devious,” Fadnavis pointed.

“In that case Malik needs to explain where he stands. His son in law ( Sameer Khan) faced with with illicit drugs charges is part of their family. Does it mean Malik and entire NCP is a drug mafia. But I would make such wild allegations,” Fadnavis argued.

In his latest comments on the cruise ship drug case, Malik on Monday alleged that a jailed convict in the case has relations with Fadnavis.

To corroborate his allegations, Malik took to Twitter to claim that Jaideep Rana, currently in jail with the drug trafficking case, was the financial head of a famous River song by former CM’s wife Amrita Fadnavis. Malik also posted a purported picture of Rana standing with Fadnavis in another tweet.

The NCP minister also asserted that drug business increased during Fadnavis tenure as Maharashtra CM between 2014 and 2018. Fadnavis dismissed the charges as baseless and call it an attempt to tarnish his image.