Banerjee, who is her party’s candidate for the Bhabanipur Assembly bypoll, has to win to stay on as chief minister. 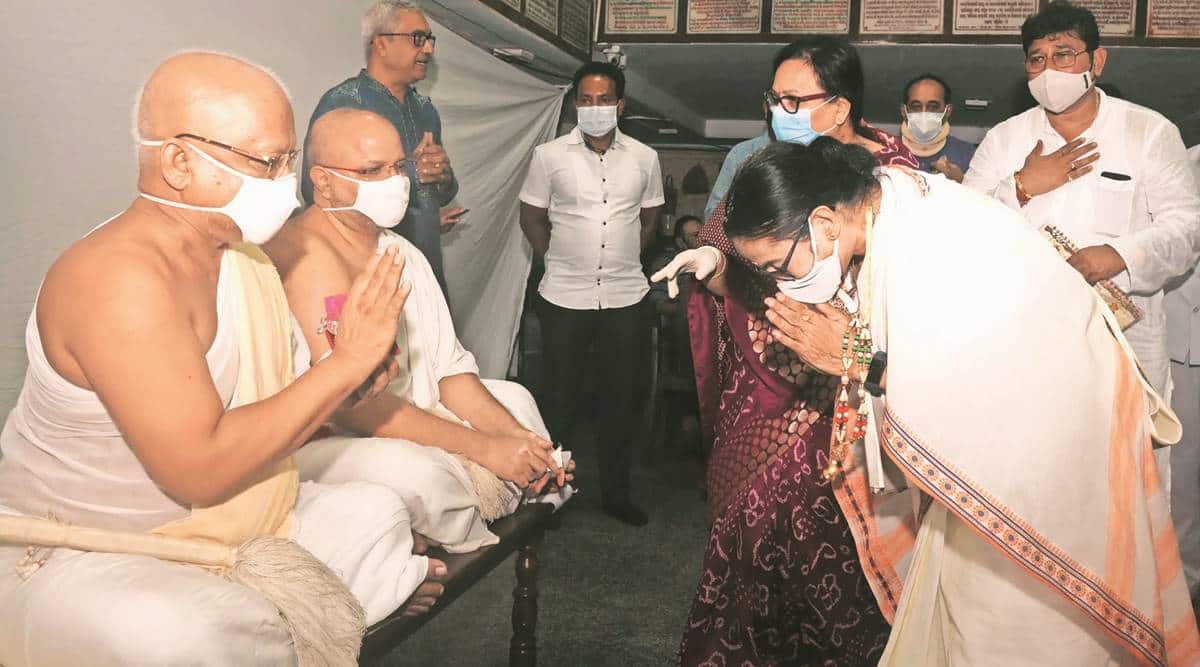 Raking up her defeat from Nandigram in the Assembly elections earlier this year, Trinamool Congress chief Mamata Banerjee claimed on Thursday that the vote was rigged.

Banerjee, who is her party’s candidate for the Bhabanipur Assembly bypoll, has to win to stay on as chief minister.

Addressing her third public meeting ahead of the September 30 bypoll at Chakraberia in Bhabanipur, she said, “I will prove it in court that the Nandigram vote was rigged. From day one, they (BJP) conspired against me. They injured my leg as a result of which I had to campaign all through the Assembly election in a wheelchair. But I wasn’t ready to accept defeat.”

She claimed that the BJP wouldn’t even have got 30 seats if the polls were held free and fair.

In the run-up to the polls, which were held between March and April, Banerjee took everyone by surprise with her announcement that she would contest the Nandigram constituency against East Midnapore against onetime-lieutenant-turned-BJP candidate Suvendu Adhikari.

The outcome of the polling on April 1 literally came down to the last round of counting and was eventually decided in favour of Adhikari by a margin of 1,956 votes. He was subsequently made the Leader of Opposition in the state Assembly.

She yet again exhorted all voters to step out and exercise their franchise, come rain or shine. Rain is forecast for September 30. “I request everyone to go out and vote even if it rains.”

Flashing the victory sign at voters in Chakraberia, the Trinamool supremo said it was destiny that brought her back to Bhabanipur for a bypoll that will decide if she remains chief minister. “’B’ stands for Bhabanipur and also for Bharat. Remember that,” the CM said.

“Vote even if it rains. I will stand to suffer if I don’t get every single one of your votes. Don’t be complacent in assuming that my victory is guaranteed. Please don’t do that. If you want to see me as chief minister, you must vote for me. Every vote is crucial. If I do not win, someone else will become the chief minister as we are in majority,” Banerjee said. She had voiced a similar sentiment in her campaign speech on Wednesday.

While campaigning for the Assembly polls, the BJP had claimed that Durga Puja couldn’t be organised peacefully under the Trinamool regime. To that, the CM retorted on Thursday, “Those who talk about Durga Puja have imposed Section 144 (of CrPC) in (BJP-ruled) Tripura. So how will they organise Durga Puja?”