Amid rising Covid-19 cases, educational institutes in Pune have been ordered shut till February 28, barely days after they resumed offline classes. 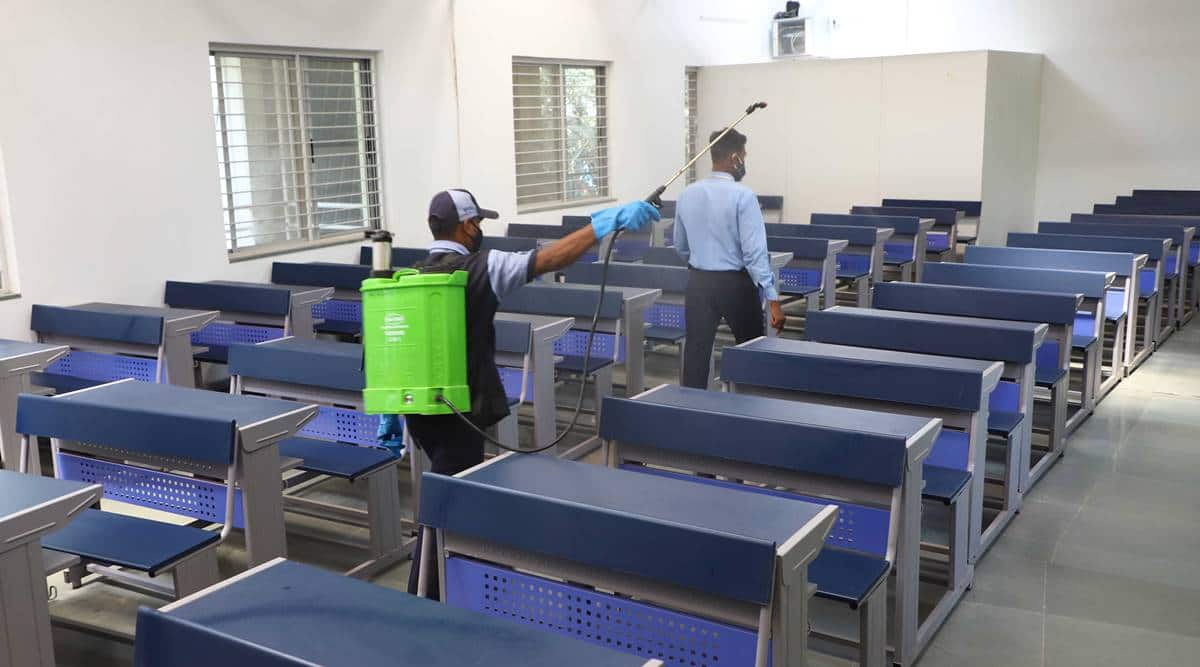 Barely days after colleges in the city resumed physical classes for students after a gap of 11 months, the local district administration in Pune has once again ordered all educational institutions shut until February 28. The decision has been taken as a precautionary measure at a time when cases of COVID-19 are on the rise again.

Suresh Jagtap, additional municipal commissioner, confirmed that three students have tested positive, stating that the school premises and bus have been sanitised and the local ward office has tracked all 16 students of the class.

Meanwhile, the decision to shut down institutions has drawn the ire of school managements, for whom rescheduling academic calendars is proving to be a challenge.

“This kind of uncertainty is terrible for students. We reopened colleges on 15th and it hasn’t even been a week. They should have intensified the vaccination drive and then opened up colleges,” said Principal Gulshan Gidwani, St Mira’s College.

Most principals said that switching to physical classes from online mode took weeks of preparation and the decision to resume offline lectures should have been better co-ordinated.

“That’s why we were reluctant to start schools. As educationists, we can’t take such arbitrary decisions. Even after they announced the reopening date, we waited for a few more days and then started schools, because it is not just an inconvenience but leaves a huge psychological impact on students and staffers. Such haphazard planning makes us come across as clueless,” said a school principal.

Meera Nair, principal of Amanora School, said that a five-to-six-day shutdown is not a solution. “We can’t have the authorities issuing knee-jerk reactions and directives to schools. There are rules for the teachers and staff to get tested before resuming school, but nothing for students. We had started especially for the students whose performance was very poor, calling them in small batches. Practicals for grade X students had also begun, with staggered timing and in small groups. Exams schedules were shared with a request for all students of IX and X to come offline and give their tests. However, a good majority of parents were against the decision, and now, there’s this fresh shutting down order. This decision will only roll back all the groundwork initiated by the schools,” she said.

Most school and college managements said they had back-up plans ready in case of a repeat shutdown and teaching as well as exams would once again move online.

Praneet Mungali, trustee, Sanskriti School, said “There are two crucial pre-conditions for the safe functioning of schools in the current environment. Firstly, the level of circulation of the virus in the city should be below a certain threshold. Secondly, the schools will need to implement strict COVID safety protocols.”

Mungali added, “Under the current situation in Pune, the positivity rate of the virus has doubled in the last fortnight. Plans need to be readjusted for the time being to ensure overall safety. We had already declared a precautionary one-week break on Saturday, even though internally we have robust COVID safety protocols. We have a backup plan ready for such a scenario and they will be put in place to ensure that there is no loss of learning for any student.”

Rajendra Zunjarrao, principal, Modern College, said online lectures and practicals would re-start for students. “Since we are an autonomous institute, the academic council and governing body permission can be sought to keep all exams online,” he said.