Tension prevailed on the NH connecting Hyderabad and Warangal as her supporters blocked traffic while protesting against unemployment in the state. 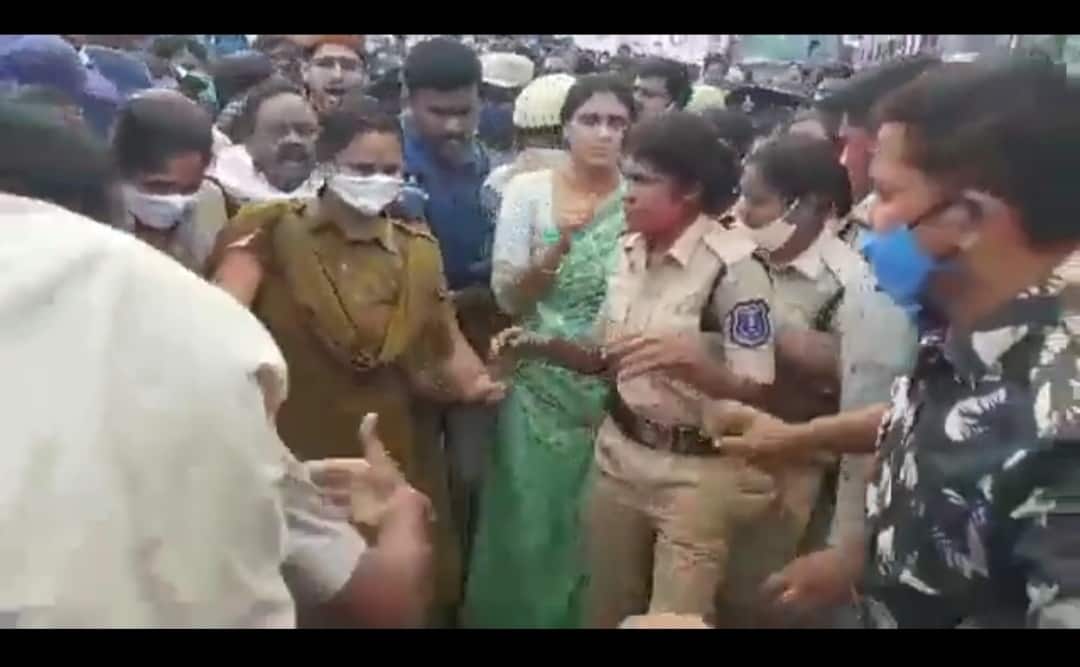 Rachakonda police Tuesday detained YSR Telangana Party chief YS Sharmila and her supporters when they tried to stage a demonstration against unemployment in the state. Tension prevailed on the national highway connecting Hyderabad and Warangal as her supporters blocked traffic to stage the protest.

In a tweet, the YSRTP leader said she was under house arrest but her fight will continue till the government issues job notifications for unemployed youth.

The party chief has, on Tuesdays, been visiting families of youngsters who have died by suicide owing to unemployment. She has been highly critical of the rising unemployment in the state and the government’s failure to issue notifications to fill vacancies.

On Tuesday morning, Sharmila was planning to visit the bereaved family of G Ravindra Naik in Boduppal on the outskirts of Hyderabad. Naik, a PhD from Osmania University, had died by suicide over lack of job opportunities.

The party maintained that it was initially granted permission to meet the family and hold a hunger strike, but the nod was later withdrawn owing to pressure from political bosses. They claimed Naik’s family has not yet received any support from the state government.

Clarifying their part, Rachakonda police said Medipally Police Station had received a request for permission to hold a day-long hunger strike and, after inspecting the site, they had requested the organisers to look for an alternative location as “the place is abutting National Highway between Warangal and Hyderabad and given the shortage of parking place at the proposed place the programme was ‘Not Recommended’. The National Highway is on repair and there was the possibility of traffic congestion,” the police said in a note.

The police added that Sharmila visited Peerzadiguda along with about 500 people and held a hunger strike. Before long, they also staged a rasta roko leading to a traffic jam on the national highway. She was detained along with the supporters when they proceeded to Medipally police station. Police said Sharmila was taken into preventive custody and sent home, while the others were taken to the police station.