The encounter broke out after 2 am during a cordon and search operation that was launched by the security forces in Khrew area of Awantipora. 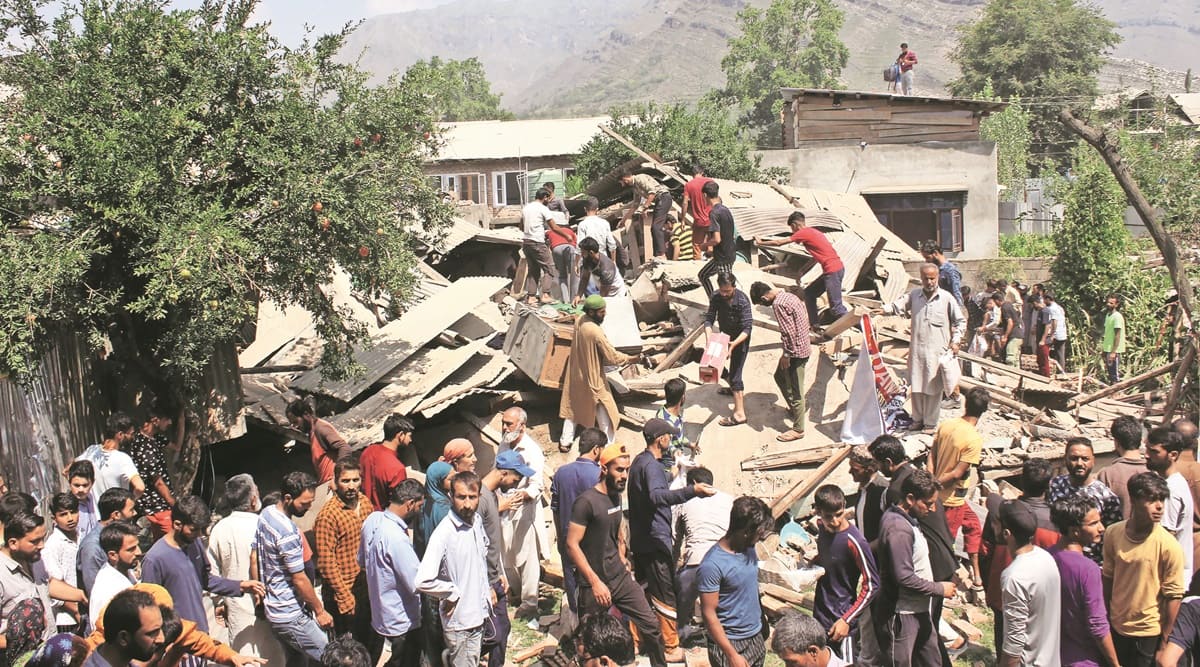 TWO MILITANTS affiliated to the Hizbul Mujahideen were killed in an encounter at Awantipora on Friday.

The encounter broke out after 2 am during a cordon and search operation that was launched by the security forces in Khrew area of Awantipora.

“During the search operation as the presence of terrorists got ascertained they were given repeated opportunities to surrender, however, they fired indiscriminately upon the joint search party which retaliated, leading to an encounter,” the Jammu and Kashmir Police said in a statement.

On Friday morning, bodies of the two militants were retrieved from the site of encounter. They have been identified as Musaib Ahmad Bhat, resident of Khrew in Pampore and Muzamil Ahmad Rather, resident of Chakoora in Pulwama.

According to the police, Musaib “had a history of terror crime and was involved in planning and executing several terror attacks, including civilian atrocities”.

The police also claimed that he was part of a “hit squad of Hizbul Mujahideen” for civilian killings in South Kashmir.

However, Muzamil Ahmad joined the terrorist ranks recently, they said.

An AK-rifle and a pistol were recovered from the site of the encounter. “All the recovered materials have been taken into case records for further investigation and to probe their complicity in other terror crimes” the police said.