The list comprises seven Padma Vibhushans, 10 Padma Bhushans and 102 Padma Shri awards. Of the total awardees, 29 were women and one was transgender, while 16 were posthumous awardees. 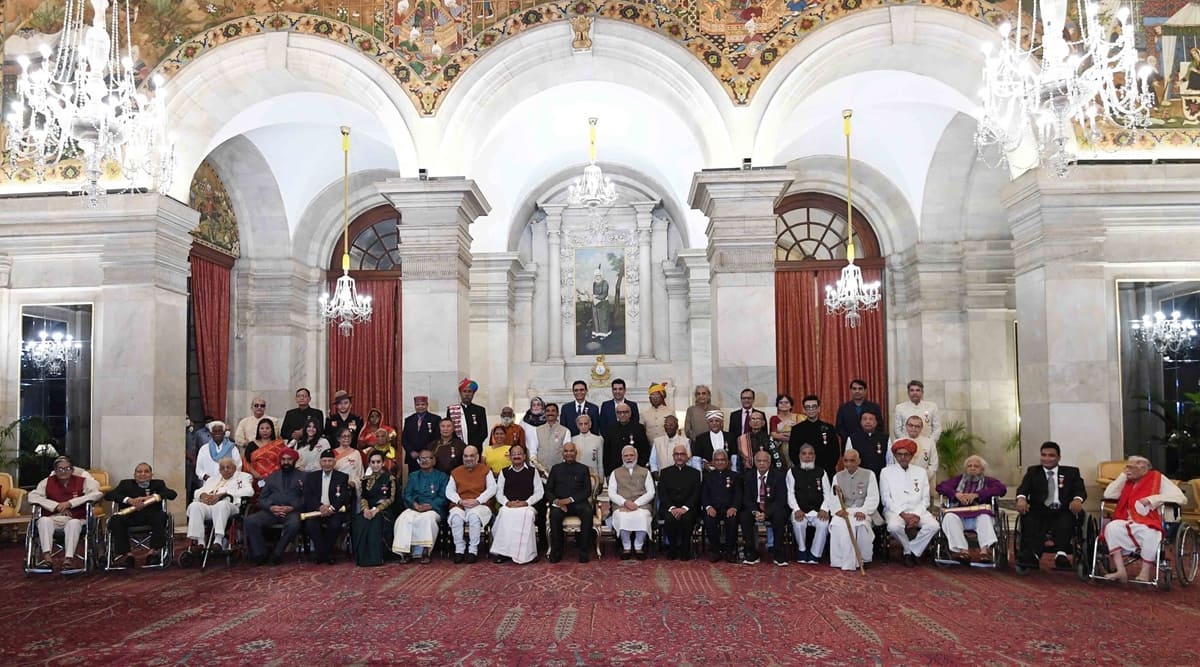 President Ram Nath Kovind presented the Padma awards to 119 recipients — some of them posthumously — for the year 2020 at Rashtrapati Bhavan on Monday. Vice-President M Venkaiah Naidu, Prime Minister Narendra Modi and Home Minister Amit Shah were among the attendees.

The list comprises seven Padma Vibhushans, 10 Padma Bhushans and 102 Padma Shri awards. Of the total awardees, 29 were women and one was transgender, while 16 were posthumous awardees.

The Padma awards for the year 2021 will be distributed Tuesday.

After the ceremony, Modi tweeted, “Attended the first of the Padma Award ceremonies for the years 2020 and 2021. I felt extremely happy to see grassroots level achievers being recognised for their exemplary efforts to further public good. Congratulations to all those who have been conferred the #PeoplesPadma.

“From the environment to enterprise, agriculture to the arts, science to social service, public administration to cinema… recipients of the #PeoplesPadma come from diverse backgrounds. I would urge you all to know about each of the awardees and get inspired,” he tweeted.

Among those awarded the Padma Shri was Air Marshal Dr Padma Bandopadhyay (retd.). The decorated former flight surgeon was the first woman to be promoted to the rank of Air Marshal in the IAF and the second woman in the forces to be promoted to a three-star rank. She continues to serve people as a civilian now.