‘They are trying to make the situation bad for Indian Railways so that they can hand it over to private companies.’ Dr Sivadasan highlighted in his letter that crores of young Indian job aspirants want to join the Indian Railways, but are unable to do so because more than 72,000 vacancies have been abolished in the last six years, of which most were Group ‘C’ and ‘D’ posts (for supervisory and routine jobs).

‘Crores of Indian youngsters were forced to protest against the inordinate delay in railway recruitment in many parts of the country recently,’ Dr Sivadasan wrote. ‘In this scenario, the abolition of such a high number of posts will be rubbing salt into their wounds.’

According to The Times of India newspaper, the figure has held steady at 12.7 lakh (1.27 million) employees since then.

What did you write to the railway minister about?

The demand is very simple. The Government of India is trying to reduce the existing number of railway jobs posts. For that purpose, they are using the method of excess privatising in services like catering and others. Through this way they have reduced various posts in the Indian Railways for the purpose of profit-making.

The Indian Railways’ motto was, is and must be for the development of the nation and not privatisation for the purpose of profit.

The Indian Railways has improved its performance under the Modi government in terms of service, which Indians on social media always talk about.

(Laughs) The service and condition of the Indian Railways are not in good shape. Day by day, facilities are reducing for consumers. They are making Indian Railways run as a corporate company by reducing staff.

Today, there are 250,000 Indian Railways posts that are vacant for which the government is not recruiting.

Public transportation is the duty of the government and automatically expenses will come which they have to bear. Profit and loss is a different matter.

The Indian Railways is meant for the common man of India. Without the Indian Railways, the nation cannot move. We have to have proper railway coaches, railway tracks and railway service for the people of India.

The government is trying to privatise the Indian Railways which I am completely against.

When the government is trying to run a business by making it profitable, what is wrong in it? The purpose of any business is to make profit, isn’t it?

Everything is not business and profit. Transportation, food, education, health and running the railways are the duty of the government.

You talk of privatisation of Indian Railway assets, but the Modi government could not monetise a single one. Nobody, it appears, wants to buy railway assets.

They have started to take steps in that direction. The first thing is they are reducing costs in the running of the Indian Railways. Now they are not hiring people for 250,000 posts. This is a huge number of vacancies which needs to be filled by the Government of India.

They are trying to make the situation bad for Indian Railways so that they can hand it over to private companies automatically.

Look at the perks railway employees get: 44 percent of Indian Railways staffers get free quarters to stay. Every railway employee gets a free rail pass; her/his family gets free treatment at railway hospitals. Are these things affordable in today’s time for any employer?

Do you want to say that is wrong? Welfare of the employees is important and therefore accommodation and medical facilities must be provided by the employers.

All these things are necessary not only for Indian employees, but for all the employees of the world. Workers’s rights have to be protected. 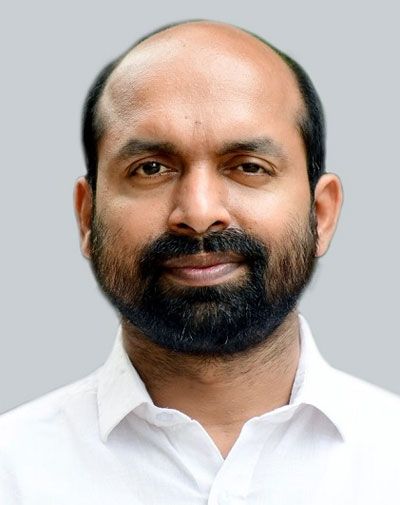 Look at the Indian Railways’s pensioners. Out of 13 lakh (1.3 million) pensioners, some 230,409 are in the 80-90 age group. Then there are 55,684 pensioners in the 90-100 age bracket.
How long can any company sustain itself if it keeps giving pensions to people who have lived beyond 90 years? And here you are talking of adding more employees.

In India, the central government pays pension after the age of 60. These employees have given 30-35 years of their life to the Indian Railways.

Do you mean that workers must commit suicide after they cross 60 plus years because they are eating on railway pension?

You cannot talk of profit all the time. And to counter your question, does the railways want its employees to die before 50 years so that they will be happy not to pay pension?

The government is thinking of only profits, profits and profits. Therefore, they float this theory that pension is a burden to the Indian Railways.

Public sector companies do not employ large numbers of people in the Modi era. And here you are talking of hiring people in the government sector which was the policy of the Nehruvian era.

The government is trying to kill the concept of hiring people for public sector units. This hiring for PSU concept exists in India, but the government is making all moves to kill it.

Multinational companies float such ideas in order to kick the government out of businesses so that they can occupy that business space.