The Royal Swedish Academy of Sciences has decided to award the Sveriges Riksbank Prize in Economic Sciences in Memory of Alfred Nobel 2021 with one half to David Card “for his empirical contributions to labour economics” and the other half jointly to Joshua Angrist and Guido Imbens “for their methodological contributions to the analysis of causal relationships”. 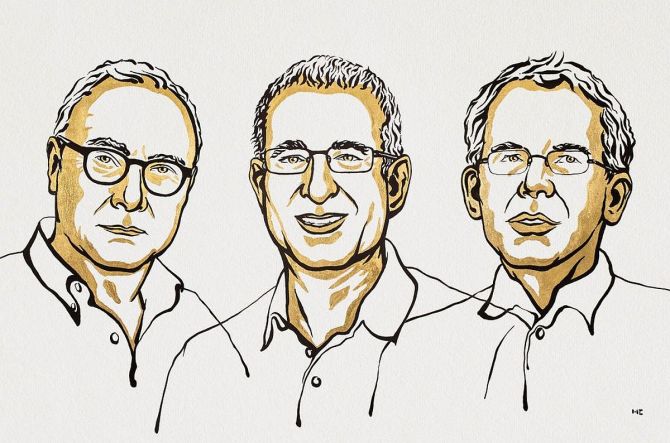 Card is the Class of 1950 Professor of Economics at the University of California, Berkeley and Director of the Labor Studies Program at the National Bureau of Economic Research.

Angrist is an Israeli American economist and Ford Professor of Economics at the Massachusetts Institute of Technology.

Imbens is Professor of Economics at the Stanford Graduate School of Business since 2012. After earning his Ph.D. from Brown University in 1991, he taught at Harvard University, UCLA, and UC Berkeley.