Yasmin, as president of the All India Pakhtoon Jirga-e-Hind (an organisation of Pakhtoons or Pathans in India), said Pakhtoons in the country are getting “frantic phone calls” from their family and relatives in Afghanistan amid the Taliban’s near-complete takeover. 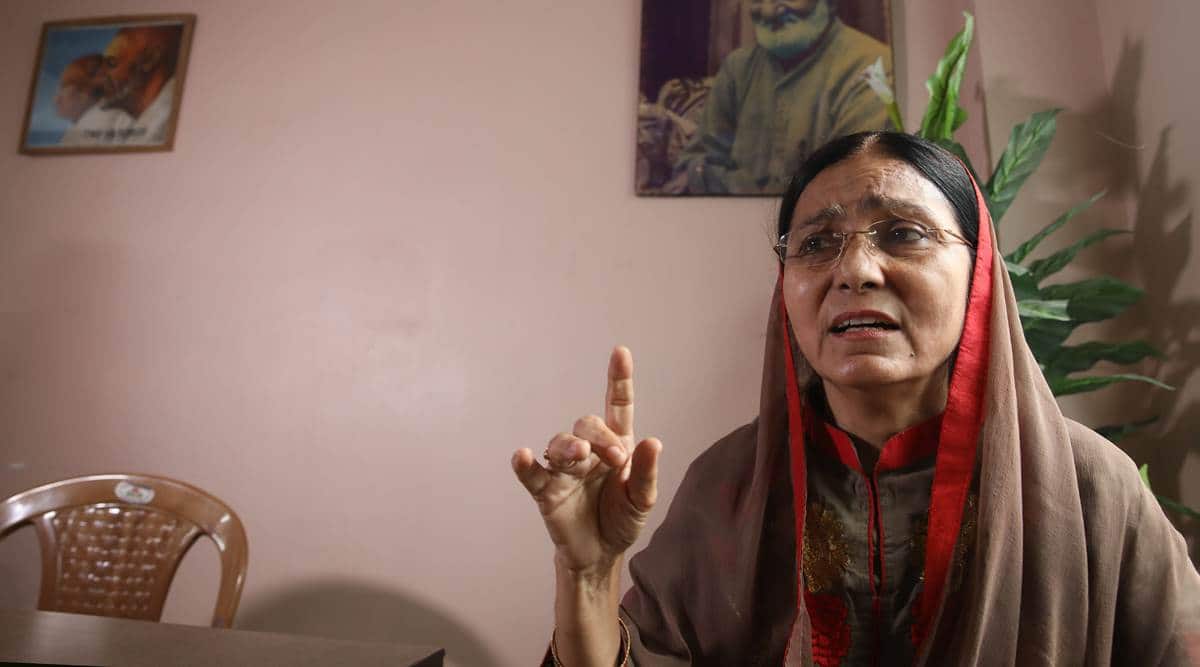 A picture of Khan Abdul Ghaffar Khan, popularly known as Frontier Gandhi, hangs high on a wall in a small room in Karim Hussain Lane near Park Circus. Below, his granddaughter Yasmin Nigar Khan (50) is worried about the “common people of Afghanistan” and “32 lakh Pakhtoons who are living for generations in India”.

Yasmin, as president of the All India Pakhtoon Jirga-e-Hind (an organisation of Pakhtoons or Pathans in India), said Pakhtoons in the country are getting “frantic phone calls” from their family and relatives in Afghanistan amid the Taliban’s near-complete takeover. “Everyone is so scared… No one knows what will happen next.”

“I appeal to the Indian government, to our Prime Minister Narendra Modi and other powerful countries that they should immediately intervene. A return of the Taliban government will bring doom to the people of Afghanistan, especially women. Their rights and liberties will be completely lost. The common people of Afghanistan will suffer and will have to make sacrifices,” she told The Indian Express.

The Pakhtoon Jirga-e-Hind was set up in 1949 by Lala Jaan Khan, the adopted son of Khan Abdul Ghaffar Khan who was sent by Frontier Gandhi to India the same year. After a brief stay in Delhi, Lala Jaan Khan settled in Kolkata. In 1996, Yasmin became the head of the organisation.

“We are hearing they have already asked women not to go for jobs. Earlier, when there was Taliban rule, we saw that widows from the age of 15 to 45 were taken by the Taliban under the pretext that they will be taught Islam. But they were all forcefully married off to the Taliban. Islam does not permit this. The Taliban is against modern education for girls. We practice Islam here. But are there any restrictions on education, movement and jobs?…The Taliban cannot be trusted,” she said.

For years, Yasmin has approached the Central and state governments for setting up a university in the name of Khan Abdul Ghaffar Khan. “But somehow it did not happen. I am still hopeful,” she said.

“It is not that Afghan people do not want to progress, but forces like the Taliban are ruining it. Whenever there is development and progress, Taliban returns to destroy it,” she said.