Early Thursday morning, an encounter between a group of terrorists and security forces happened at the Ban toll plaza near Nagrota. By the end of it, four terrorists were dead, but it wasn’t just a chance encounter. This was an intelligence-based operation that was aimed at blocking what security forces believed could be a major attack, being planned from across the border.

According to people familiar with the matter, initial data from a global positioning system (GPS) device and mobile phones carried by the four terrorists shows that they were in touch with Pakistan-based terror group Jaish-e-Mohammed’s (JeM) operational commanders Mufti Rauf Asghar and Qari Zarar with the objective of wreaking havoc in the Valley.

Following this, the PM said in a tweet: “Neutralizing of four terrorist belonging to Pakistan based terrorist organizations JeM and the presence of large cache of explosives with them indicates that their efforts to wreak havoc and destruction have once again been thwarted.”

Thanking the security forces for their brave action, PM Modi said that their alertness had scotched a nefarious plot to target grassroots level democratic exercises (reference to the Panchayat elections) in Kashmir.

The people familiar with the matter added that the Pakistani deep state is, as is its wont, using pan-Islamist jihadist groups such as JeM to target India by sending in suicide attackers across the border. HT learns that Pakistani agencies have decided to hand over the Balakot terror training facility to JeM, more than one and a half years after it was bombed by IAF jets.

NSA Doval was informed about the Ban toll plaza encounter early on Thursday morning as soon as the firing started at 4.50 am.

Preliminary investigations have revealed that the four terrorists, all from Pakistan’s Punjab Province, moved from across Shakargarh bulge and crossed over to India in the Samba sector.

While top counter-terrorism experts are still investigating the possible targets of terrorists, the weapons, ammunition, grenades and explosives (RDX) carried by them clearly indicates that they had a big strike planned in the Valley. Eleven AK-series rifles, 30 Chinese grenades, 16 AK ammunition clips and 20 kilograms of RDX were recovered from the bodies. The terrorists were battle trained as despite repeated attempts of the J&K police to capture one of them alive, they refused to give in and fought till the end.

Indian intelligence officials say that apart from being an attempt to sabotage the electoral exercise underway in the region, the aborted attack may also be a diversionary tactic by the Pakistani army and ISI chiefs, under pressure from Opposition parties in the country, to bring the focus back on Kashmir. 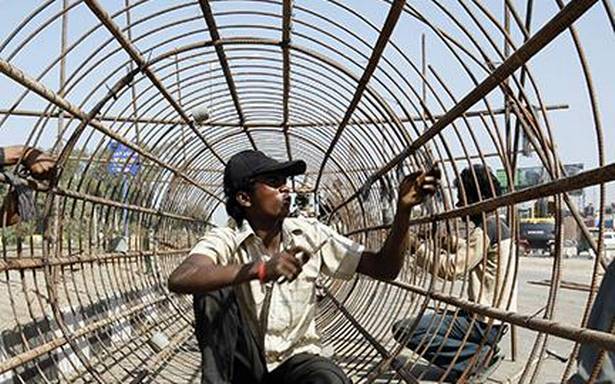