In the shock defeat of TRS leader K Kavitha lay a subtext — the 178 farmers in race, and Ippa Lachanna, who polled most. “Maybe due to my name,” he says. 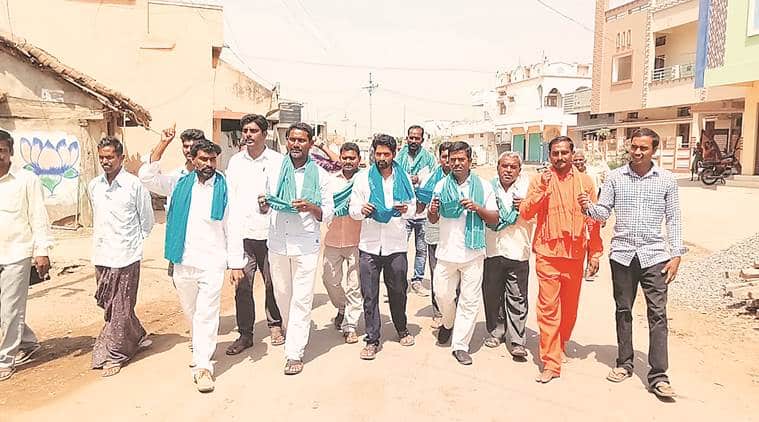 On May 23, after the votes were counted, came the shock: sitting MP and Telangana Rashtra Samithi leader K Kavitha had lost the election to the BJP’s Arvind Dharmapuri. And then a surprise: Ippa Lachanna, one of the Independents who contested against Chief Minister K Chandrasekhar Rao’s daughter had polled 6,096 votes, the highest among the 178 turmeric farmers who were in the fray. While Kavitha lost by over 70,000 votes, the 178 farmers together polled 97,000 votes.

Since the news came in, Lachanna’s cellphone hasn’t stopped ringing.

“Other farmers and friends are calling and congratulating me… just for fun. They are asking me how I got so many votes. I don’t have an answer but maybe because voters found my name a bit odd. Most farmers have Reddy as their surname. I was surprised when my son informed me at night that I received the maximum votes among farmers,” laughs Lachanna.

Nizamabad seat and its 185 candidates — among them the 178 farmers — had caught the nation’s attention after the Election Commission had to bring in special M3 EVMs to accommodate all the candidates.

The farmers had entered the poll fray to highlight their unmet demands, among them minimum support price for turmeric (at least Rs 12,000 per quintal, against Rs 4,500 now) and jowar and the establishment of a turmeric board. While 54 of them decided to contest against Prime Minister Narendra Modi in Varanasi, the others filed their nomination from Nizamabad.

The nominations of all but one of the farmers who contested from Varanasi were rejected, after which the lone farmer whose nomination was cleared came back “dejected”.

Lachanna is glad he stayed in the race till the end. “Leaders should not take people for granted. They should not make promises and then do nothing about it. People will teach them a lesson just like we did. Through the election, we managed to successfully highlight our fight for a turmeric board. We now hope that the new MP keeps this lesson in mind and gets the Centre to establish the board,” says the 53-year-old from Sirpur village in Jagtial district. According to the affidavit he submitted to the Election Commission, Lachanna has a bank balance of Rs 30,000 and an ancestral property worth Rs 13 lakh. He grows turmeric on a two-acre piece of leased land.

He is also glad that he did not travel to Varanasi to contest against the Prime Minister. “I felt it was futile. Besides, we did not want to challenge Narendra Modi or anything like that. I filed my nomination here so that I could campaign here in the villages. I would mostly walk from village to village, wearing a green scarf around my neck and greeting people,” he says.

Asked if the farmers contributed to Kavitha’s defeat, he says, “I am not sure of that. But yes, together we got nearly 97,000 votes. It seems that Nizamabad voted against her. There was a mood for change and a pro-BJP wave too.”

PS: Sunnapu Istari, the lone Nizamabad farmer left in the contest against the Prime Minister from Varanasi, polled 798 votes.