Born as Prithvirajji on May 3, 1936, he was the eldest of five children — three brothers and two sisters. He is survived by a brother and a sister, and Maharani Priti Devi, the princess of the erstwhile state of Tripura, whom he had married in 1957. 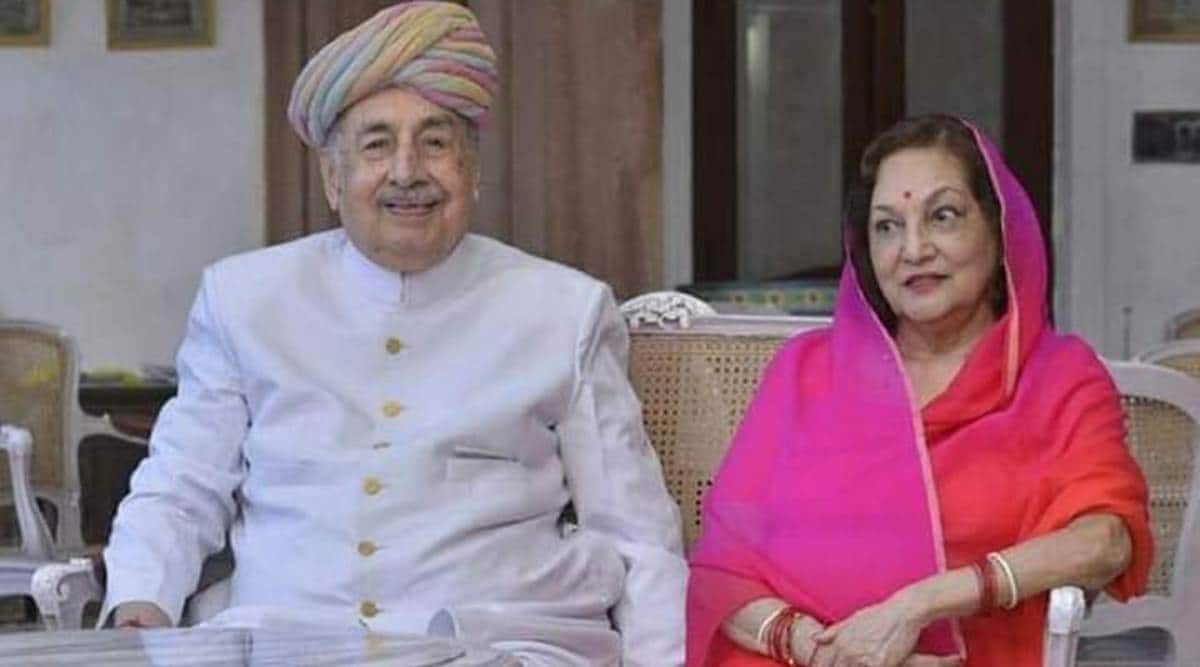 THE MAHARAJA of Kutch, Maharrao Pragmalji III, was laid to rest at a quiet funeral on Friday after he died of Covid-related complications early in the day. He was 85 and the titular head of the Jadeja dynasty, which traces its origins to 1,000 years back as the rulers of Kutch, having ceded to the Indian Union in 1948.

Born as Prithvirajji on May 3, 1936, he was the eldest of five children — three brothers and two sisters. He is survived by a brother and a sister, and Maharani Priti Devi, the princess of the erstwhile state of Tripura, whom he had married in 1957.

The royal couple had no children, and with Pragmalji’s death, the title may cease to exist since he did not name an heir apparent. Both were infected with Covid-19 three weeks ago and were under treatment at Accord Hospital in Bhuj. “Maharani is out of hospital but still recovering,” said Pratapsinh Jadeja, the late Maharaja’s nephew.

The royal family’s contributions included giving land in the port town of Kandla besides Adipur and Gandhidham, to refugees who came from Sindh in Pakistan after Partition. A strong advocate for a separate state of Kutch, Maharrao Pragmalji was also the Director (emeritus) of the Sindhu Resettlement Corporation (SRC) Ltd, formed for the resettlement and rehabilitation of people who migrated from Sindh to India during Partition in 1947.

“The Maharrao had willed that the title should cease to exist with him,” claims Krutarthsinh Jadeja, the Thakoresaheb of Devpur, a principality of the erstwhile Kutch state. He is a distant relative of Maharrao Pragmalji III.

Pratapsinh, however, says there will be a successor, as the “gaddi” or throne cannot be vacant. “It does not matter now as we are also commoners. Our grandfather Maharrao Madansinhji was the last ruler of Kutch,” says Pratapsinh.

Nearly 200 people including government officials of the district came to pay their last respects at the Ranjitvilas Palace in Bhuj where Maharrao Pragmalji’s body was kept in state on Friday. He was cremated with due Covid-19 protocol at Chhaterdi in Bhuj, the royal resting place, the same day.

In the massive earthquake of January 26, 2001, Kutch bore the brunt with almost 13,800 people killed in the district. The Prag Mahal and Aaina Mahal in Bhuj owned by the royal family had suffered extensive damage and were renovated by the Maharrao in 2013.

Prime Minister Narendra Modi, who as Chief Minister of Gujarat had given a major thrust to industry agriculture and tourism in the desert district of Kutch on the Indo-Pak border, also tweeted in Kutchhi, expressing grief on the demise of the Maharrao.

Apart from Ranjitvilas in Bhuj, the other famous palace owned by the family is the Vijayvilas palace on the Mandvi beach which has hosted several film shootings including Bollywood’s Hum Dil de chuke sanam.

Kutch did not see many Covid-19 cases last year. It recorded a maximum of 42 cases in a single day last September. But by the second week of April, the case numbers witnessed a sharp rise. The district reported its single-day highest surge this year on May 10 with 244 new cases and it wasn’t until May 19 that the district showed signs of a slowdown. The district has reported 12,190 Covid-19 cases till date and 145 deaths, as per official health department data.