A couple’s need for money and another’s desire for a male child led them to strike a deal on a six-day-old infant and subsequently land in police net.

The police said on Tuesday they received a call at Fatehpur Beri police station from Mr. Govind, who said his six-day-old baby boy had been kidnapped. When the police reached the spot in Aya Nagar, he said his wife, Ms. Pooja, had delivered the baby on June 8. One of their friends, Haripal Singh, invited the couple to live with him because there wasn’t enough space at their rented accommodation. On June 12, the couple reached the friend’s residence in Aya Nagar where Mr. Haripal locked them from outside and fled with the child, alleged Mr. Govind. The police registered a kidnapping case based on his statement.

A team led by Station House Officer Kuldeep Singh launched the investigation and traced Mr. Haripal, who allegedly told them that the couple had, in fact, given the child willingly to the relatives of his friend, Mr. Raman, who lives in the Moti Bagh jhuggis.

When the police reached Mr. Raman’s house, he told them that the couple had sold the baby to his relatives, Mr. Vidyanand and Ms. Rampari for ₹3.6 lakh, and the duo had already left for Kanpur. The police sought the details of the train they had boarded and nabbed the couple from Kanpur railway station. They were then brought to Delhi.

Further investigation revealed that Mr. Govind and Ms. Pooja were extremely poor and needed money for which they agreed to sell their baby for ₹3.6 lakh to Mr. Vidyanand and Ms. Rampari through Mr. Haripal and Mr. Raman. “When Vidyanand and Rampari were questioned, they said they were married for 25 years but couldn’t bear a child because of which their relatives in their village in Bihar would demean them and use derogatory words. Vidyanand, in fact, sold his land to be able to buy the baby. He told Raman that he will only take the child if it’s a boy,” said a senior police officer. A written agreement was signed between the two parties and pictures were also taken.

Police said Mr. Govind decided to inform them because they got only ₹2 lakh cash and four cheques of ₹40,000 each dated June 18. Mr. Govind wanted to encash the cheques on June 14 and leave for his village immediately. When he tried to reach Mr. Haripal and Mr. Raman on phone, they blocked him. He also couldn’t reach them physically. Feeling cheated, he decided to call the police. 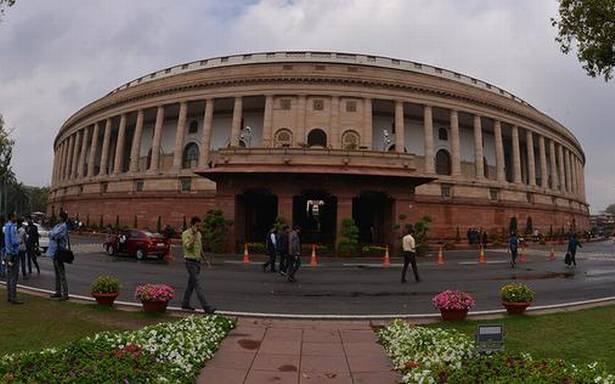