Current conflict in Israel-Palestine is the latest example – though more violent – of the state's attempt to erase history, remake geography. 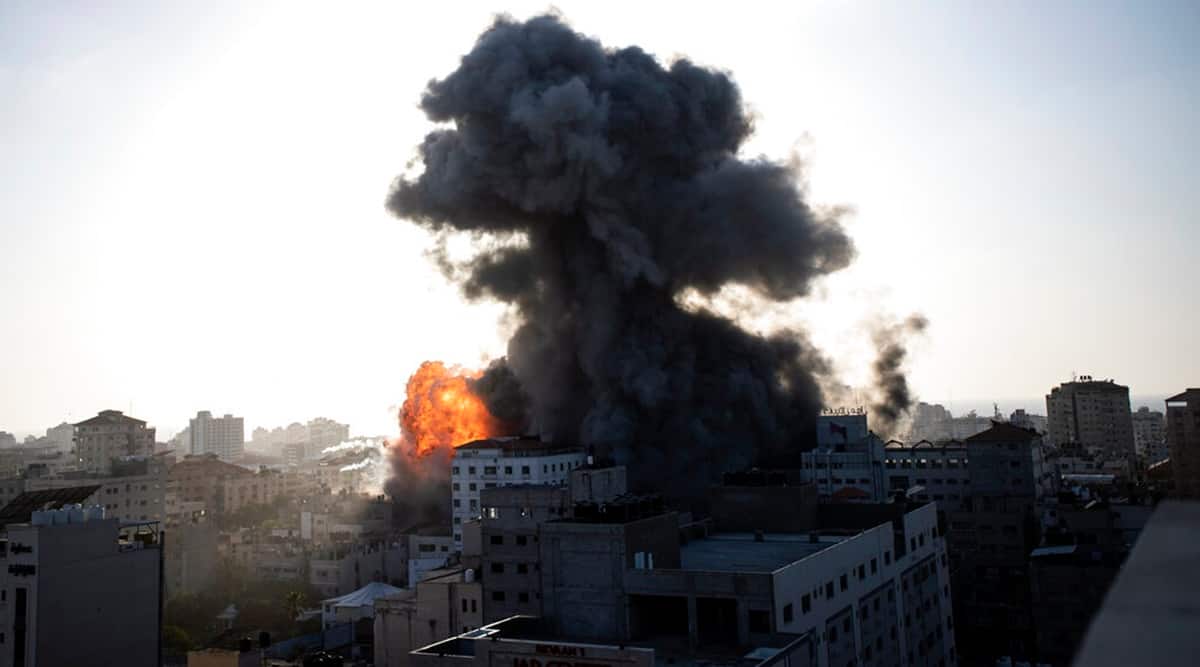 An image as seemingly benign as a tree would seldom come to mind when one thinks of the Palestine-Israel conflict which is represented in the media more often through images of bombing, missile attacks, truce etc. But even a tree becomes a highly contested symbol when Israel leaves no stone unturned in its effort to assert that Israelis are more “rooted” to the land than the Palestinians.

Israel’s expansion plan – using both coercive and subtle means and politically neutral symbols — termed by the scholars as de-Arabisation of the landscape, has now captured the popular attention with the state’s move to evict hundreds of Palestinians from the homes they have lived in for decades in Sheikh Jarrah in East Jerusalem and handing over them to the Jewish settlers.

The current violence — the worst Jerusalem has witnessed in decades — actually erupted when the Israeli administration allowed Jewish settlers to breach the Arab neighbourhood of Sheikh Jarrah under strange Israeli legislation enabling Jews, who can prove a title from before the 1948 war to reclaim properties in the city. These have been in Palestinian possession for decades, and these residents are evicted from their homes.

This eviction plan has been described by the UN as “a possible war crime”, as it is arbitrary and no similar law exists for the Palestinian citizens of Israeli-occupied territories, who lost their homes in a massive expulsion in 1948, which came to be known as Nakba or Catastrophe.

The policy of deconstructing the Arab map was aimed, among other things, at achieving and maintaining the cartographic balance in favour of Jewish identity. The process sought to de-Arabise the land of Palestine. Consequently, Hebrew nomenclature was accorded to various places, settlements, objects and even flora and fauna — places were either renamed in Hebrew or biblical names for them according to ancient Jewish history were restored.

The place names in the map of Palestine during the British Mandate period remained mostly Arabic or Christian, but with the process of de-Arabisation and Hebraicisation, al-Quds became Yerushalayim, al-Halili became Hebron and West Bank became Judea Samaria.

Parallel to this, the Israeli administration introduced a supplementary project of the revival of Hebrew as the national language, though its revival as a living language in an informal way predates the formation of the state. Since Aliyah Harishona, the first wave of immigration of Western Jews into Ottoman Palestine in 1882-1904, Yiddish, a mingling of German and Hebrew, was the most effective medium for intergroup communication among the Zionist pioneers settled in Palestine.

But with the massive inflow of Jews from other parts of Asia and Africa in the subsequent waves of immigration, the emphasis on Yiddish, the language of Eastern and Western European Jews, was unappealing to the non-European Jews, who continued to communicate in Ottoman Turkish, Arabic and different Judeo-Arabic dialects such as Yahudi.

The revival of Hebrew also produced a vital dimension to the sense of territorial identity and helped the Jews who had immigrated from different parts of the world to identify themselves as the people of West Asia.

Israeli author Amos Oz noted, “Zionism brought back a language that for some eighteen centuries had hardly been spoken in everyday life, to the status of most effective language, in almost seventy years of its history.”

Though a manifold process, de-Arabisation stressed more on reproducing memories and myths associated with the land and using certain place-related symbols and metaphors not just in the Israeli national discourse but in literary works and popular culture. Edward Said argued that “the Jews of Israel looked at this refashioned memory and space, especially in their collective forms, to give a coherent identity and to shape a national narrative.”

Though the early Zionists with their orientalist hangover had described Palestine as an empty land and land of wilderness, the political leadership in independent Israel realised the importance of land as an essential element in fixing the Jewish national identity which flourished without the asset of land, to a territory. This shift in attitude resulted in occupying more Palestinian-majority areas and establishing settlements with overt and covert backing from the state.

The Palestinians, right from the beginning, felt a threat from these projects, which in turn sought to expand the Jewish presence further through a range of activities such as renaming places, occupying lands, establishing new settlements, expelling the Palestinians from their original habitats and making legislations that enabled the Jewish community to expand freely without any legal consequences.

Israeli historian-in-exile Ilan Pappe uses a more politically powerful term, settler colonialism, to describe the development. According to him, motivated by “the logic of the elimination of the native”, settler colonialism enclaves the native population into closed areas, restricts their movements or evicts them from their homes.

The Palestinian families in the Sheikh Jarrah neighbourhood are the latest victims of a more violent form of institutionalised de-Arabisation, despite the fact that they possess titles which they gained through an agreement between the Jordanian Ministry of Construction and Development and the UN refugee agency, UNRWA, during the period of Jordanian rule in West Bank (1948-1967) as compensation to their loss of homes in the 1948 war.

The writer is professor and dean, Faculty of Social Sciences and director, School of Gandhian Thought and Development Studies at Mahatma Gandhi University, Kottayam, Kerala