By competing with the BJP in the game of nationalism, Delhi’s AAP is legitimising majoritarian politics. 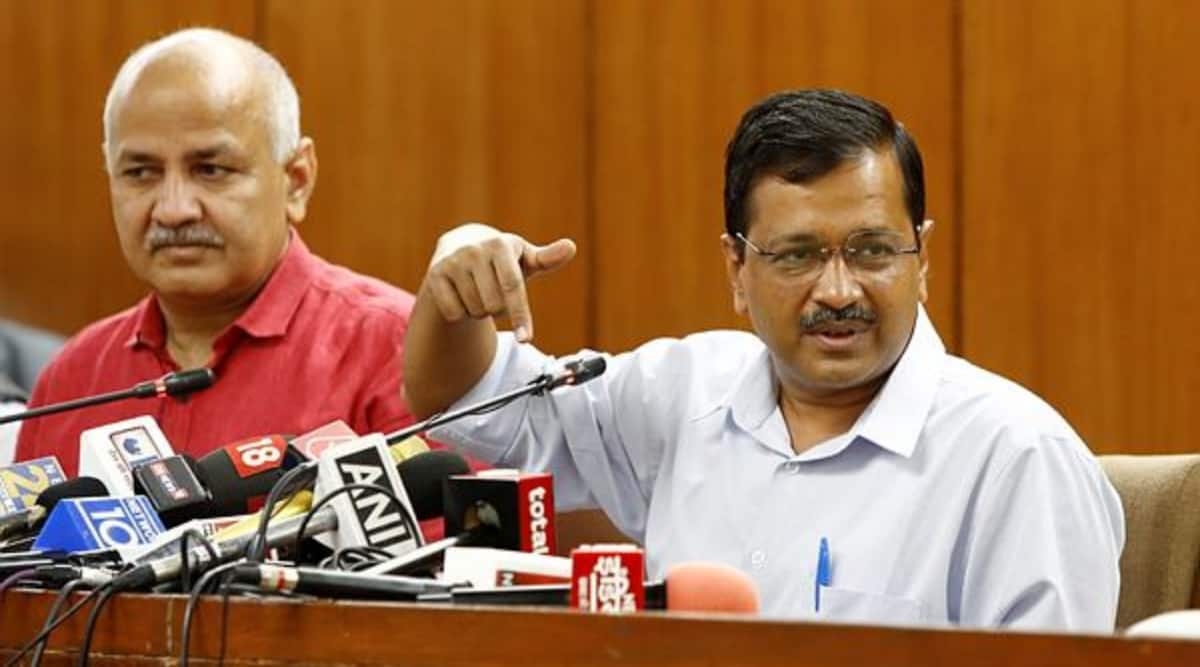 Nationalism has now been reduced to an item in the annual Delhi government budget. The AAP brand of deshbhakti = 500 tricolours + Bhagat Singh + Ambedkar + yoga+ a sainik school + a military academy + a free ride to the elderly to a temple at Ayodhya built under the supervision of the VHP.

The AAP is competing with the BJP in the game of nationalism or deshbhakti, a term being deceptively used to hide the real majoritarian ideology which drives the politics of the BJP and the Aam Aadmi Party. Is it some consolation that while one practises a bullying majoritarianism, the other manifests an opportunistic version of it?

By presenting a deshbhakti budget, the AAP government in Delhi has shown that it would go to any extent to appease the majoritarian sentiment. This budget claims to paint Delhi in the colour of deshbhakti in the run-up to the 75th anniversary of Indian Independence. It is pathetic to see the party using the national flag to do so. By planting 500 giant national flags across Delhi, the government expects the people of Delhi, at different points in their daily life, to feel a nationalistic vibration. But it is a stale and used idea: An imitation of the BJP government, which had instructed a central university to hoist the national flag on a pole 207 feet-high.

Even before this budget, the Delhi government, while announcing the formation of a school board, declared that its main objective was to produce “kattar deshbhakts”. It is disturbing to hear the word kattar (fanatic) from the mouth of a chief minister.

Fanaticism in any form stuns our critical faculty. Secondly, you cannot be a bhakt of your country. We need open-minded, empathetic human beings, aware of their ever-expanding surroundings. The goal of education the world over is to help people realise that their humanity can unfold only in the company of the humanity of others. So, when a government narrows its scope to deshbhakti, it is definitely for instrumental reasons.

Its special mention of Bhagat Singh and Ambedkar is again cynical. Obviously, it associates militancy with Bhagat Singh and is using the image of Ambedkar to woo Dalits. A careful reading of the two icons would tell you that they were both against “kattar deshbhakti”.

Educationist Anita Rampal has reminded us about the recommendations of the Secondary Education Commission in 1952. The painful memory of Partition was still fresh. Even then it had warned that the “love of one’s country must not degenerate into nationalistic jingoism”. It said schools must help develop a critical appraisal of a nation’s realities; true patriotism involved “a readiness to recognise its weaknesses frankly and to work for their eradication”. Indeed, “students should learn the great truth that an appreciation of what is good in one’s heritage is one aspect of patriotism, but equally so is the rejection of what is unworthy and the desire to improve it. There is no more dangerous maxim in the world of today than ‘My country right, or wrong’. The whole world is now so intimately interconnected that no nation can or dare live alone and the development of a sense of world citizenship has become just as important as that of national citizenship”.

The education commission in 1952 was well aware of the seductive power of nationalism and had warned people against falling prey to it. The AAP government was presenting this budget at a time when Delhi is yet to recover from the communal violence which had hit it a year ago. The AAP government and its leaders had not thought it necessary to intervene to stop the violence. Muslims in north east Delhi had overwhelmingly voted for AAP. Even so, AAP turned its back on them when they needed it the most.

Was it sheer cowardice or a clever way to tell its Hindu constituents that it was not on the side of Muslims? Add to it the proclamation of Arvind Kejriwal that he was a true Hanuman bhakt and the celebration of Diwali using state money in a royal, feudal style at the Akshardham temple and you understand the true meaning of deshbhakti that this government wants to inculcate in the people of Delhi. Its decision to sanction prosecution against the ex-students of JNU like Kanhaiya Kumar, Umar Khalid, Anirban Bhattacharya and others should also be seen as an attempt to seen as being proactive against “anti-nationals”.

It is clear that the AAP is trying to beat the BJP at its own game. But it has no original ideas. By borrowing from the stock of the RSS and the BJP, it only legitimises their worldview and politics. One can say that this was bound to be the fate of a party, which claimed that it was a post-ideology party. That it was a party merely interested in governance. Its deshbhakti budget demonstrates that its governance plank is shaky and it is using the time-tested ideology of nationalism to lure voters. It is also revolting to see the party has such a low opinion of Hindus and feels arrogant enough to tell them it is the government that will evoke nationalism in them.