Looking at the last 100 years generally, I have tried to highlight the many issues and sufferings of women corresponding to the actual world events that took place, said Chishti 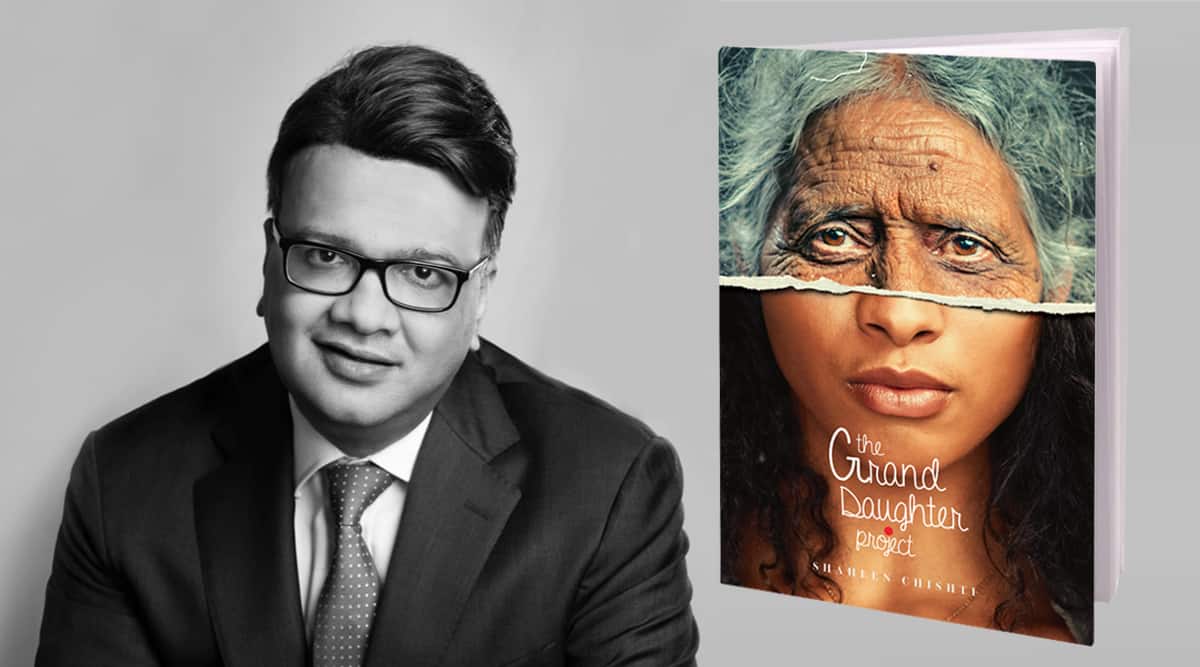 From being a qualified accountant to working in investment banking, Shaheen Chishti could seldom find time to write. But by 2015-2016, he had managed to complete his first book The Granddaughter Project. “I am someone who was always keen to write a book. I needed a lot of persuasion and a push which came a little later during my 40s,” he said.

The debut novel of the British-Indian author and world peace advocate weaves some of history’s greatest tragedies, including the Holocaust, (which saw the systemic murder of six million European Jews during World War II) and the devastating Bengal Famine of 1943 (which claimed the lives of an estimated three million people due to widespread starvation, malaria and other deadly diseases).

In an email interaction with indianexpress.com, Shaheen, who is a descendent of the revered saint Khwaja Moinuddin Chishti, talks about the fictional book, the need for highlighting historical events, and the need for more women and children-oriented literature.

Why the name ‘The Granddaughter Project’?

With a granddaughter narrating the misery survived by her grandmothers, the book aims to inspire them to be treated as equals and not to fall prey to the miseries their grandmothers lived with. Not restricted to women only, the book is open for everyone to seek inspiration from. I wanted to highlight multi-generational women together and to showcase their many emotions which remain divided by generations yet united timelessly.

The book deals with issues like sexual abuse, patriarchy, and women empowerment through education. What prompted you to write about these subjects?

Looking at the last 100 years, generally, I have tried to highlight the many issues and sufferings of women corresponding to the actual world events that took place. I have cited examples like the Bengal famine where women were crushed badly, I mean human beings were crushed, but I felt women were suffering massively from that. Holocaust in particular–the atrocities committed on women by the SAS soldiers which weren’t covered previously, I thought it needed to be unearthed. And when attending school in London, and having gone to Holland Park School which happens to be next to the Notting Hill gate; Notting Hill race riots obviously played their part crucially in my upbringing.

Having been born in a state like Rajasthan, where during my tender years, I witnessed how women had to go and fetch water from 20-30 miles and to see the roles bifurcated and restricted to genders, saddened me deeply. There on, I was exposed to a very modern culture wherein women were more liberated and were just coming out of what was to be the most liberated era of our history, i.e. in 1960. When I arrived in England in the 1980s, I could see how easily an interaction struck between men and women; what positions women could hold in organisations and how it improved over time as I grew in England. Through the 90s, 2000s, and 2010, the situation for more equitable livelihood for women only improved, the testament of which was them holding various senior management level positions professionally.

However, the transition has been slow and there are other issues that I wanted to highlight from that perspective as well. These instances integrally led me to write this book. Having seen different cultures, in India, England, and then the other parts of England as well, put me in a good position to be able to write the book. I always contemplated writing the book from a three or four-women perspective, so this was my calling.

How challenging is it to research for historical fiction/non-fiction?

Fictional and nonfictional research is very important. Too much research on diverse viewpoints from many historians to a certain event can lead us to have convoluted thoughts. Abiding by the truth and weaving a story around it can be challenging, but when it pieces together, there’s nothing like it! I wanted to specifically underscore what the SAS soldiers did because that’s something that hasn’t been covered in its entirety. And then again, the fragmented tales of the Bengal famine. It needed a lot of research to bring to the fore facts like where it impacted, which parts of Bengal were badly affected, what was the aftermath, etc. Similarly, with Notting Hill Riots, research was the crux. The main part of a book is research where you need to understand and learn from the events that you’re going to write about it. And then you walk in your head with these events, and then you transpire and develop the stories.

Considering the barrage of books on various topics, which one area is still unexplored according to you?

What is unexplored, in my view, is a lot of sexual exploitation at a young age. There’s a lot more to be written on women’s suffering, especially women who suffer from rapes, the trauma of genocide or trauma of going through a war, or civil unrest. What also hasn’t been very well received is about the life of an immigrant – the contribution an immigrant makes to a new society and what he/she can bring to the society. Those are the areas I think still need to be explored.