Rangina Kargar, member of the Wolesi Jirga where she represents the Faryab province, said she arrived at the IGI Airport early August 20 from Istanbul on a Fly Dubai flight. She holds a diplomatic/official passport which facilitates visa-free travel under a reciprocal arrangement with India. 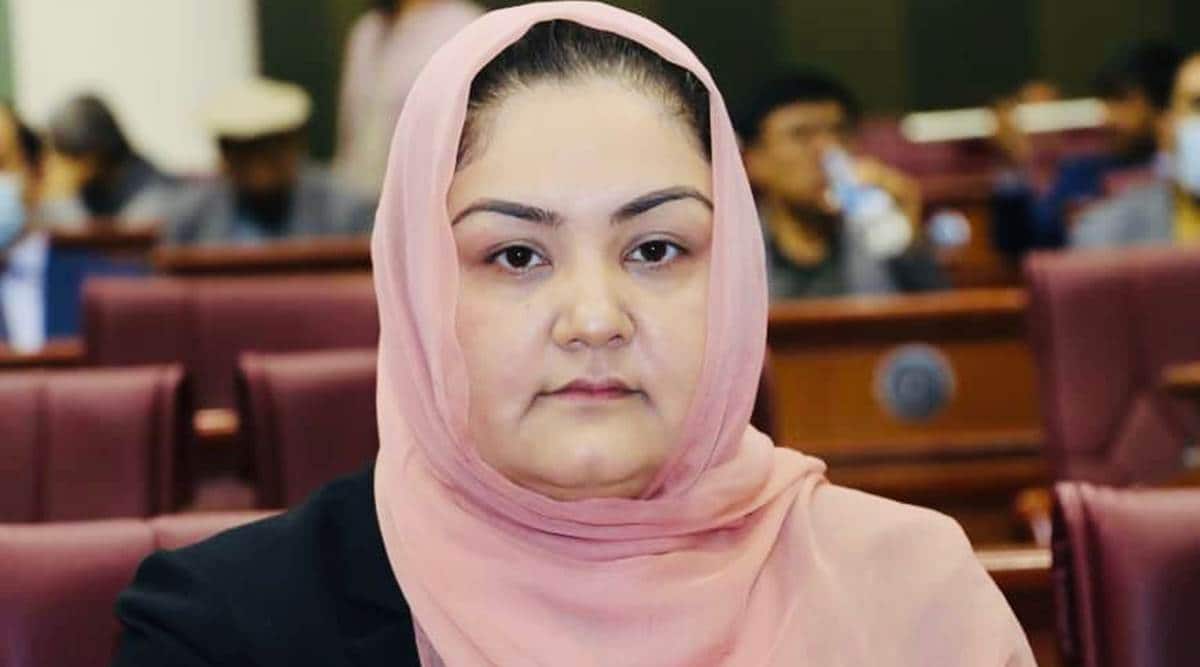 A woman member of the Afghan parliament has said she was deported from New Delhi’s Indira Gandhi International Airport on August 20, five days after the fall of Kabul to the Taliban.

Rangina Kargar, member of the Wolesi Jirga where she represents the Faryab province, said she arrived at the IGI Airport early August 20 from Istanbul on a Fly Dubai flight. She holds a diplomatic/official passport which facilitates visa-free travel under a reciprocal arrangement with India.

A day earlier, External Affairs Minister S Jaishankar had underlined that India’s focus would be to preserve its historical relationship with Afghanistan and its people.

Kargar, who has been a parliamentarian since 2010, told The Indian Express that she had travelled many times to India on the same passport in the past. She said she used to be waved through earlier, but this time, immigration officials asked her to wait. She said they told her they had to consult their superiors.

After two hours, she was sent back by the same airline to Istanbul via Dubai. “They deported me, I was treated as a criminal. I was not given my passport in Dubai. It was given back to me only in Istanbul,” 36-year-old Kargar said.

“It was not good what they did to me. The situation has changed in Kabul and I hope the Indian government helps Afghan women,” she said.

She said no reason was given for the deportation, but “it was probably related to the changed political situation in Kabul, maybe security”.

A source in the Ministry of External Affairs said they were not aware of the incident involving Kargar.

Two days after she was deported, India welcomed two Afghan Sikh MPs, Narinder Singh Khalsa and Anarkali Kaur Honaryar — Honaryar is the first Sikh woman to have entered the Afghan parliament. Unlike Kargar, they arrived on evacuation flights arranged by Delhi.

“Those flights were meant for Indians and Afghan Indians, not Afghans,” Kargar said.

She said she had a doctor’s appointment at 11 am at a South Delhi hospital on the day of her arrival, and had an August 22 return ticket to Istanbul. She was travelling alone while her husband Fahim and four children were in Istanbul. Fahim Kargar is chief of staff in the Wolesi Jirga, and the family arrived in Istanbul at the end of July.

A Turkmen born in Mazar-e-Sharif in 1985, she is not affiliated to any political party and describes herself as a women’s rights activist. She said she could not return to Kabul because “the situation has changed”, and in any case, as there are no flights home, she will remain in Istanbul and “wait to see what happens, wait for Taliban to make the government, see if they allow women to sit in parliament”.