Haryana farmer leader led a convoy of hundreds of cars from Dera Baba Nanak in Punjab's Gurdaspur to the Singhu border protest site in Delhi. 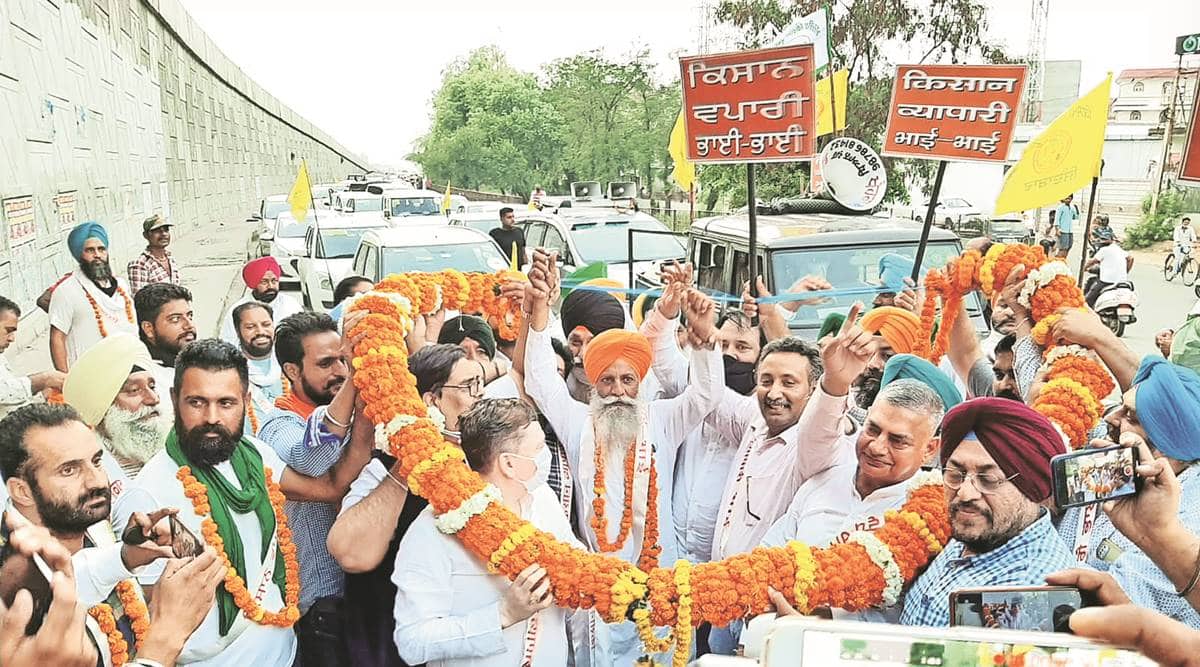 Talking to The Indian Express, Chaduni said, “Mission Punjab is an idea that I floated among people; the rest is up to them. It is good that they are accepting this idea and responding in a positive manner. There are many deserving people, let’s change the political system and make it ‘by the people, for the people and of the people’ which over the years was ‘by the corporates, for the corporates and of the corporates’.”

Last Wednesday, Chaduni had released a video statement proposing his Mission Punjab, an idea dismissed by the Samyukta Kisan Morcha (SKM), the umbrella organisation of farm unions that is leading the protests against the farm laws, as the BKU leader’s personal opinion.

Chaudni’s rally was received with slogans and crowds at Batala, Dhariwal, Gurdaspur, Mukerian and Kishangarh. A grand welcome was planned for him at Jalandhar bypass, followed by roadshows in various parts of the city.

Speaking in Dera Baba Nanak, Chaduni said, “Why should we again vote for those people who work for only 3% people (capitalists). This is why I am asking people to contest themselves. I am asking the people of Punjab to take the initiative. There are several capable people who can do this.”

However, the SKM insisted politics and the kisan agitation cannot go together. SKM’s Darshan Pal said, “All this talk of ‘Mission Punjab’ is causing a split in the morcha and instead of focusing on the fight against the farm laws, people have started asking us about Mission Punjab. Contesting elections was never our agenda and it will never be. Chaduni should have discussed this idea with us before going to the public straight away. However, SKM will speak about this issue at length in our meeting slated for July 13 and 14 in Delhi.”