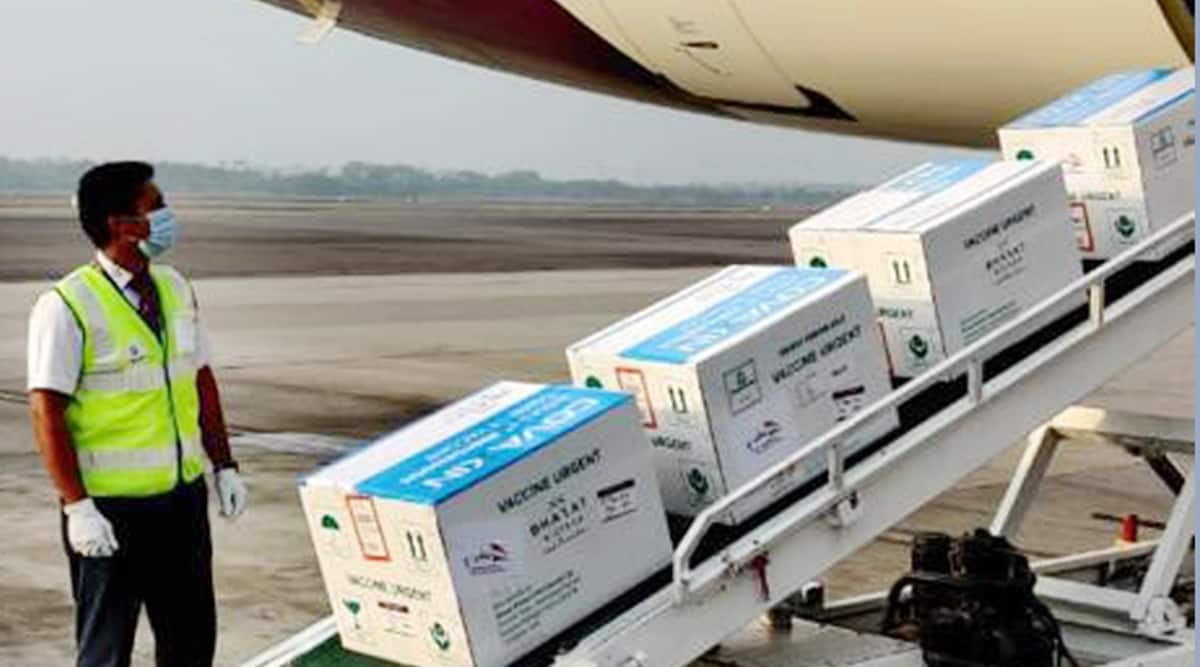 Hyderabad-headquartered Bharat Biotech flew the first batch of Covaxin, its two-dose Covid-19 vaccine, to 11 cities across India on Wednesday, a day after Serum Institute of India (SII) shipped batches of Covishield, a variant of Oxford-AstraZeneca’s AZD1222 vaccine that it has manufactured under licence in India.

Both these vaccines are expected to be used in the government’s mass vaccination programme against Covid-19 that starts on Saturday.

Union Minister Hardeep Singh Puri had tweeted that 56.5 lakh doses of Covishield would be flown out of SII’s Pune headquarters on Tuesday. Subsequently, the Union Ministry of Health had said that by 4 pm, 54.72 lakh doses of the vaccine had reached stores across India.

It was not immediately clear on Wednesday how many doses of Covaxin had been sent out by Bharat Biotech. The company did not respond to queries by The Indian Express seeking these details.

The Hyderabad firm said it had successfully shipped the first batch of the vaccines to Ganavaram, Guwahati, Patna, Delhi, Kurukshetra, Bangalore, Pune, Bhubaneswar, Jaipur, Chennai, and Lucknow “in the early hours of Wednesday”. Each vial shipped contains 20 doses.

“While some shipments have arrived in the respective cities, others will be delivered later this evening,” the firm said in a statement.