Several Sena leaders, speaking to The Indian Express on condition of anonymity, expressed concern that if the BJP tally exceeded 250, it would adversely affect the alliance. 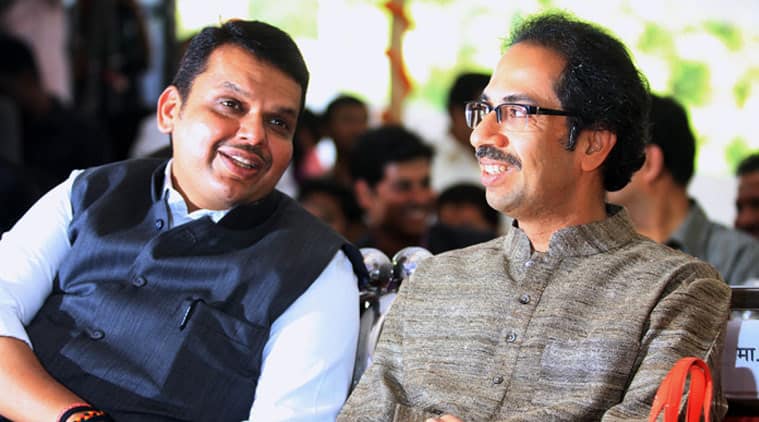 THE SHIV Sena is apprehensive about the future of its alliance with the BJP for the upcoming Assembly elections despite winning 18 Lok Sabha seats.

The Sena had fielded 23 candidates, including 17 sitting MPs, across the state. While 18 candidates won, the big guns such as Anant Geete, Shivajirao Adhalrao Patil, Chandrakant Khaire and Anandrao Adsul, all sitting MPs, lost.

Several Sena leaders, speaking to The Indian Express on condition of anonymity, expressed concern that if the BJP tally exceeded 250, it would adversely affect the alliance.

“The BJP broke ties with us after the 2014 Lok Sabha elections as they had the majority Lok Sabha seats. We did not get the due respect despite being the older alliance partner. Shiv sainiks expect due respect to be given to the party president than anything else,” said a Sena leader.

The leader further said the results were likely to impact its equation with the BJP in the coming months.

“Now, with such a majority, we don’t know how they will treat us in the coming months, ahead of the Assembly polls in October. We are also unsure of how many and what kind of ministerial portfolios we will get at the Centre,” said a Sena leader.

Sena leaders feel that the BJP might create problems like it did after the 2014 Lok Sabha results. “This feeling has been there in the party since the Sena-BJP alliance was announced in February. In 2014, we were caught unawares after the BJP broke ties with us and had only a few weeks to nominate candidates for the Assembly polls. Now, we are better prepared if something like that happens,” said the leader.

Another Shiv Sena MP said the party was hopeful that the BJP will keep its word about seat sharing for the Assembly polls.

That hope was reinforced when Chief Minister Devendra Fadnavis, along with other BJP leaders, went to Matoshree, Sena chief Uddhav Thackeray’s residence, with sweets and congratulations.

“The alliance will remain even after the Assembly polls,” said Uddhav, interacting with the media after the visit. Asked about who will be the “big brother” in Maharashtra, Uddhav said he will sort it out with the BJP.