While Bauria is a model for religious amity, Dhulagarh, the site of a communal clash in 2016, still nurses deep scars. Shaped by their experiences, the voters of Bauria and Dhulagarh have very different expectations of the elections. 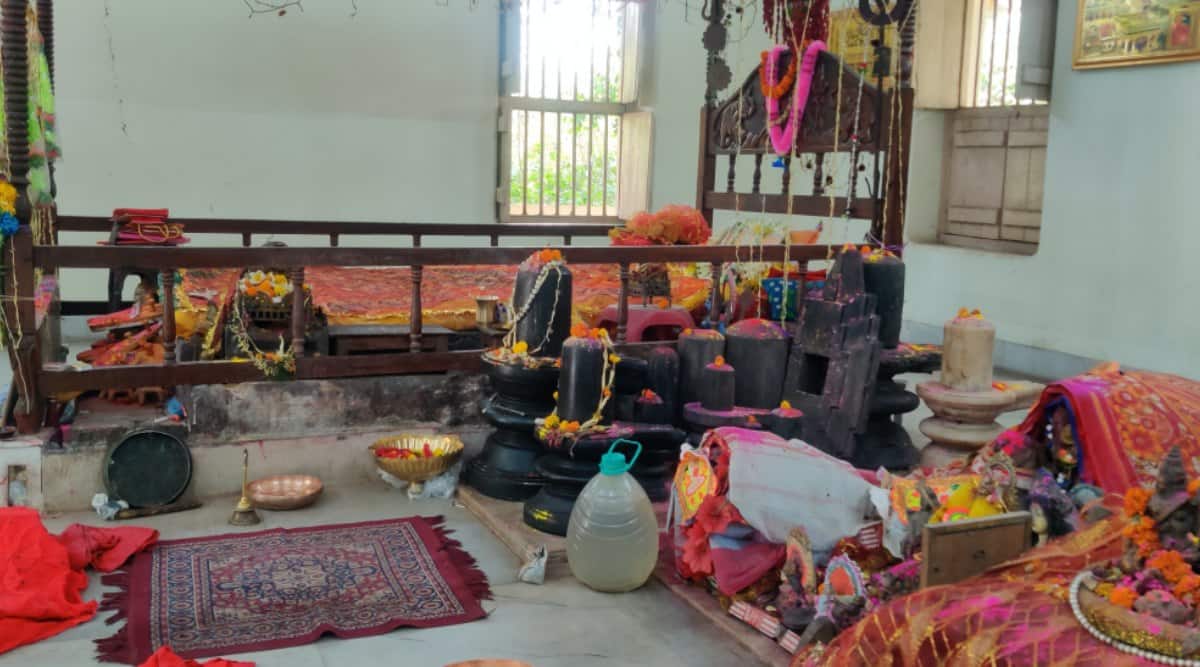 Bauria and Dhulagarh are 15 km and a world apart. Both part of Howrah district, Bauria is part of Uluberia Purba Assembly constituency while Dhulagarh is part of Sankrail seat. While Bauria is a model for religious amity, Dhulagarh, the site of a communal clash in 2016, still nurses deep scars. Shaped by their experiences, the voters of Bauria and Dhulagarh have very different expectations of the elections.

The 400 sqft Samadhi Baba Ashram in Bauria is mandir for some; mazar for the others. Locals say the centuries old shrine is the final resting place of a fakir called Syed Baba Abid Ali by Muslims and Nityanand Goswami Mahato Maharaj by Hindus.

“On Friday, there are more Muslims in this room and on Mondays, there are more Hindus. That’s the only difference here. We haven’t put even a curtain between the Shivalinga and the tomb because that’s the way it has been for centuries,” said Shyamal Babu, a retired bank employee who maintains the shrine with his wife Seema.

“Religion cannot be an agenda for people in Bauria to vote. We have seen supporters and even candidates who fight over ‘Jai Shri Ram and ‘Joy Bangla’ come here and take blessings. People will only vote for basic development and employment opportunities,” said Seema.

Located a mere 40 km from Kolkata, Bauria has for long been demanding basic facilities such as clean drinking water, good high schools and a multispecialty hospital.

“People here are not bothered about whether you appease Muslims or support Hindus. We have other demands. Bauria has no proper hospital and people have to be rushed to Kolkata,” said Archana Rai, who grew up in Bauria, but now lives in Kolkata.

Babu Khurai, a fisherman, says his vote is for anyone who can guarantee a job for his son. “My son is a graduate but doesn’t have a proper job. Since the lockdown, he has also been fishing with me. But this is not the future I want for him,” he said while cleaning his boat.

Muslims make up nearly 40 per cent of the population in Uluberia Purba constituency, of which Bauria is a part. Both Prime Minister Narendra Modi and Chief Minister Mamata Banerjee have addressed rallies in Uluberia in recent times, assuring people of development.

The Trinamool has fielded former footballer Bidesh Bose from here, a choice that hasn’t gone down well with a section of the party, who see him as an ‘outsider’.

“The Hindu-Muslim divide is created so that people don’t notice the development done by the TMC. I am banking on the development work of the party,” he said. The sitting MLA, Idrish Ali of the TMC, had won in a byelection in 2019.

The BJP has fielded Pratyush Mondal, who calls himself a “son of the soil”. “The TMC has always fielded minorities from here; it’s the first time that they have fielded a Hindu. Since I am from here, I know the issues the locals face,” said Mondal, who had lost the 2019 bypoll to Ali.

On December 13 and 14, 2016, rioters had attacked and looted shops and houses of locals and set them on fire following an altercation over a procession to mark the birth anniversary of Prophet Muhammad. On the basis of FIRs filed by both sides, over 60 people were arrested. The state government had announced a compensation of Rs 35,000 for the victims and said it was not a communal incident but a ‘criminal’ one.

Five years later, one of the most polarised elections in recent times have revived painful memories of that violence.

Grocery shop owner Bablu Mannan says his vote is for “peace more than anything else”.

“When the riots happened, my family and I had to move in with relatives for over a month. My shop stayed shut for three months. I will only vote for a party that assures me that I can stay in peace under their regime,” he said.

Mannan’s neighbour Somnath Debnath joins in and says, “What we saw in 2016 was a fallout of appeasement politics. I doubt if people will be able to vote without fear.”

It’s evident that in Dhulagarh, some memories and fault lines are here to stay.

“A political party has driven a wedge among people here and unfortunately, that divide will stay unless the focus turns to development,” says Mohammad Amiruddin, a resident.

“All votes will go to the BJP — Minorities and Hindus both have understood the politics of the TMC,” said Pandit.
TMC’s Paul says, “I will install a pipeline for safe, clean drinking water to people. My focus is on development, the rest will follow,” she said.