As of now, Bihar has over 1 lakh active cases. Patna tops the chart with over 17,000 active cases during the current wave. 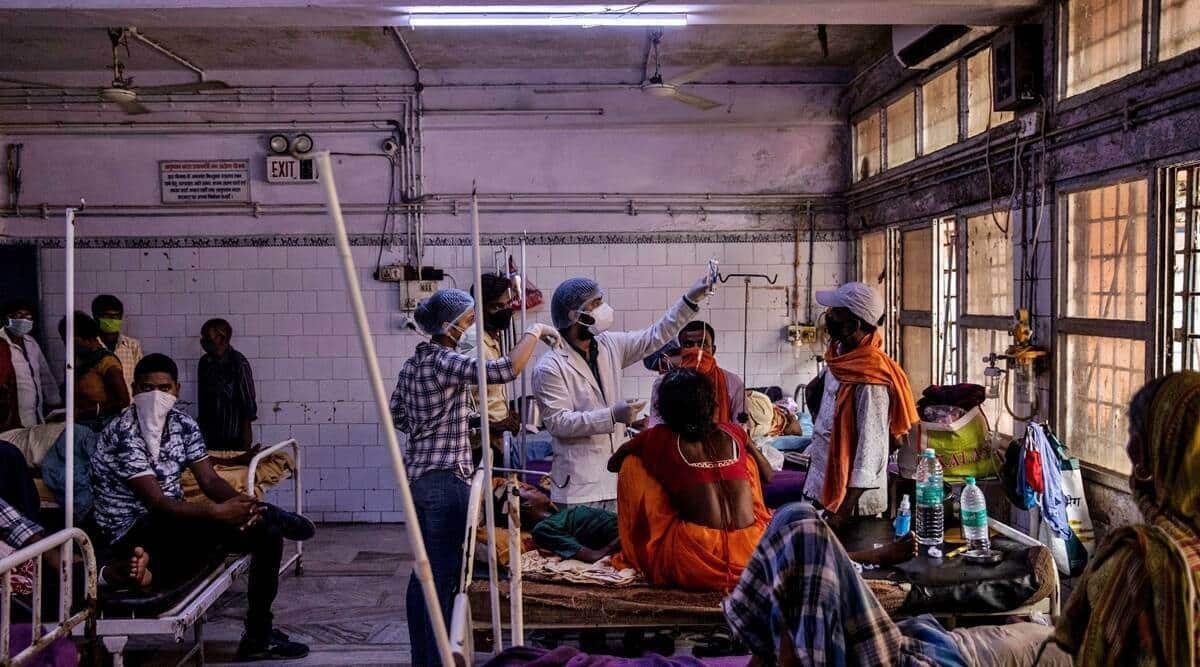 AMIDST A sharp rise in Bihar’s Covid numbers, officials and health experts have flagged an increasing trend of cases being reported from rural areas. Official figures show that in many predominantly rural districts, the number of active cases is almost 9-10 times of what it was in the first wave’s peak in September last year.

What is also alarming is the steep rise in the number of deaths. For six months, between October 12 last year and April 12 this year, Bihar’s daily death count had remained in single digits, with a total of 672 deaths. But in the last 16 days alone, the state has recorded 775 deaths.

Experts blame the rural surge this time on multiple factors, such as the highly infectious nature of the virus variant, migrant workers returning without Covid tests and lack of Covid-appropriate behaviour.

Dr Arun Shah, former president, Indian Academy of Paediatrics (IAP), told The Indian Express: “There are clear signs of the virus spreading faster in villages than in the first wave. More testing and mass vaccination is the only way out.”

In fact, about 40 per cent of Bihar’s total caseload of 4.4 lakh — 1.75 lakh cases — has been added in this month itself. For the last ten days, the state has been reporting more than 10,000 cases. During the first wave, the maximum number of cases that Bihar had discovered in a day was 4,000.

Experts point to other key differences between the first and second waves. This time, passengers arriving on trains are tested but not so much those coming through inter-state road borders. Unlike last time, quarantine centres have also not been opened on a large scale; they have been limited to some sub-division towns.

During the last wave, passengers were tested on a mass scale and sent to centres at block and panchayat level for a mandatory 14-day quarantine — about 18 lakh people stayed in these centres. This time, only Covid-positive patients are being sent to quarantine centres.

“Inter-state border restrictions are not strict. Those willing to get tested undergo tests at inter-state border camps. The rest are allowed to go. During the current wave, there is hardly any sign of awareness campaigns unlike last year when ANMs and ASHA workers were out in the field motivating people to undergo tests,” an official said.

“There are several unreported cases in villages,” says Ranjeet Nirguni, a senior BJP leader from Samastipur who hails from Gangsara village.

“Several people have been down with fever. But only a few got tested as people are either dismissive or still fear the stigma,” says Bharat Singh, a farmer from Ramchua village of Banka.

Bihar Health Minister Mangal Pandey says the state government has been distributing masks in villages and creating awareness to follow Covid-appropriate behaviour. “We have also been trying to create more oxygen beds in district towns,” he says.