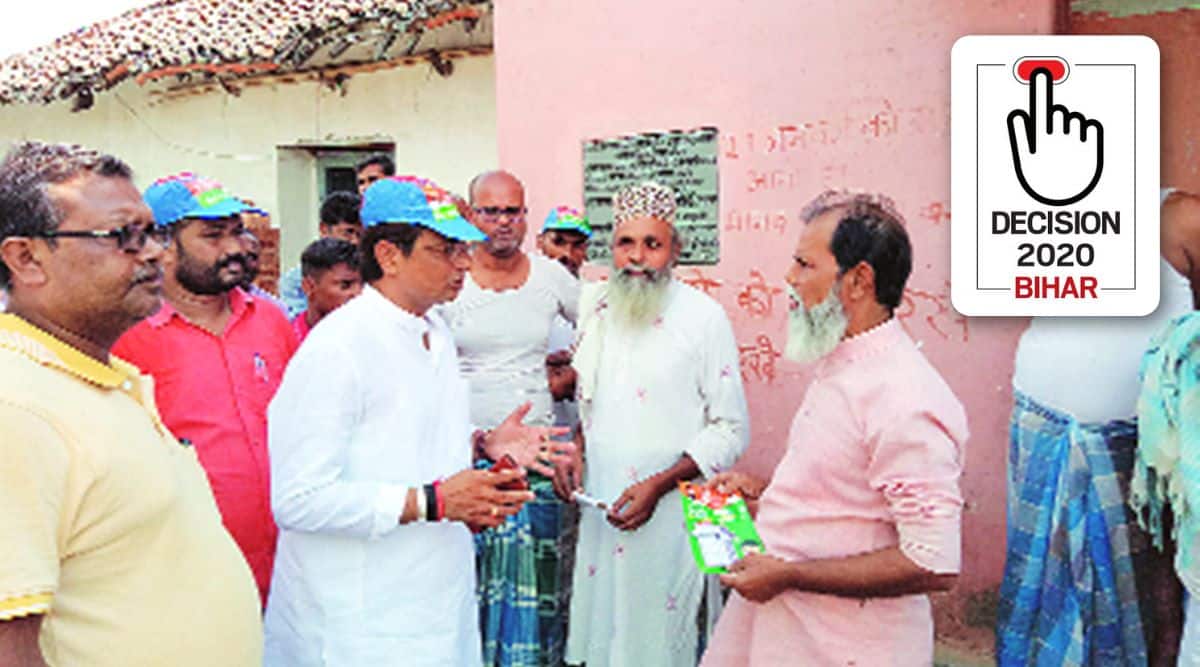 JD(U) candidate from Amarpur (Banka) Jayant Raj could have taken his victory for granted under normal circumstances. While he might be an outsider for Amarpur, his father Janardhan Manjhi has represented the constituency the last two times.

Putting a spanner in the works, like at many seats in Bihar this time, is a BJP rebel. Mrinal Shekhar, who in 2015 managed about 62,000 votes despite being a first-time contender and despite Manjhi’s might, is standing on an LJP ticket after being denied one by the BJP. In 2015, the JD(U) was in the Grand Alliance; this time its partner is the BJP and in the seat tussle, Amarpur went to the JD(U) quota.

However, even the Mahagathbandhan is believed to have got its calculations wrong in Amarpur. Its candidate, Congress leader Jitendra Singh, is a Rajput like Shekhar. An RJD candidate could have more easily rallied the Yadavs and Muslims in the constituency. Jayant Raj belongs to the OBC Kushwaha community. Follow Bihar elections LIVE updates

Amarpur, which votes on Wednesday, is dominated by Yadavs, Rajputs, Kushwahas and Muslims, followed by Dalits, who include Paswans.

Shekhar has a strong ABVP background, and took with him almost the entire local cadre of the BJP, including heads of 42 ‘Shakti Kendras’, when he left for the LJP, forcing the BJP to expel all.

This makes Amarpur a case study of the tensions playing out on the ground between the BJP and JD(U), as well as how it is influencing the caste matrix.

With the exodus of its cadre, the BJP is almost helpless in rallying votes for Jayant Raj. The JD(U) expects some of the BJP’s upper caste support to go to the Congress candidate, while the departure of Kushwaha leader Upendra Kushwaha from the NDA might take away the OBC votes from the party. The JD(U) thus is hoping it can rally enough of its EBC support base to pull through in Amarpur.

At a village in Belari panchayat, Mohammed Sarfaraz, a small businessman, says he will vote for Shekhar as he has been working in the area despite losing in 2015. “He helped us get our electricity bills rectified. He responds to our calls. In comparison, JD(U) MLA Manjhi is hardly available in the area.”

With the LJP out of the NDA, many Muslims say, the “taint” of being with the BJP is not attached to Shekhar either.

Shekhar says he is seeking votes on the basis of his work. “I know each and every household of Amarpur. It is about insider versus outsider. I hail from here, I bank on my connection with the people.”

While the Ramchua village of Rajputs is more sharply divided among the three candidates, this might also end up giving Shekhar an upper hand. Says Bharat Singh: “Jitendra Singh, being a Rajput, also expects our votes, but then, he is in alliance with the RJD. We are not sure about them.”

Sunil Singh says the outcome will depend on how much each candidate erodes the vote base of the other. “If Mrinal gets some chunk of the RJD votes, he can sail through. It is anyone’s game.”