As the second wave of Covid-19 grips India with record number of fresh cases being detected everyday, several states have raised the issue of vaccine shortage with the Centre. 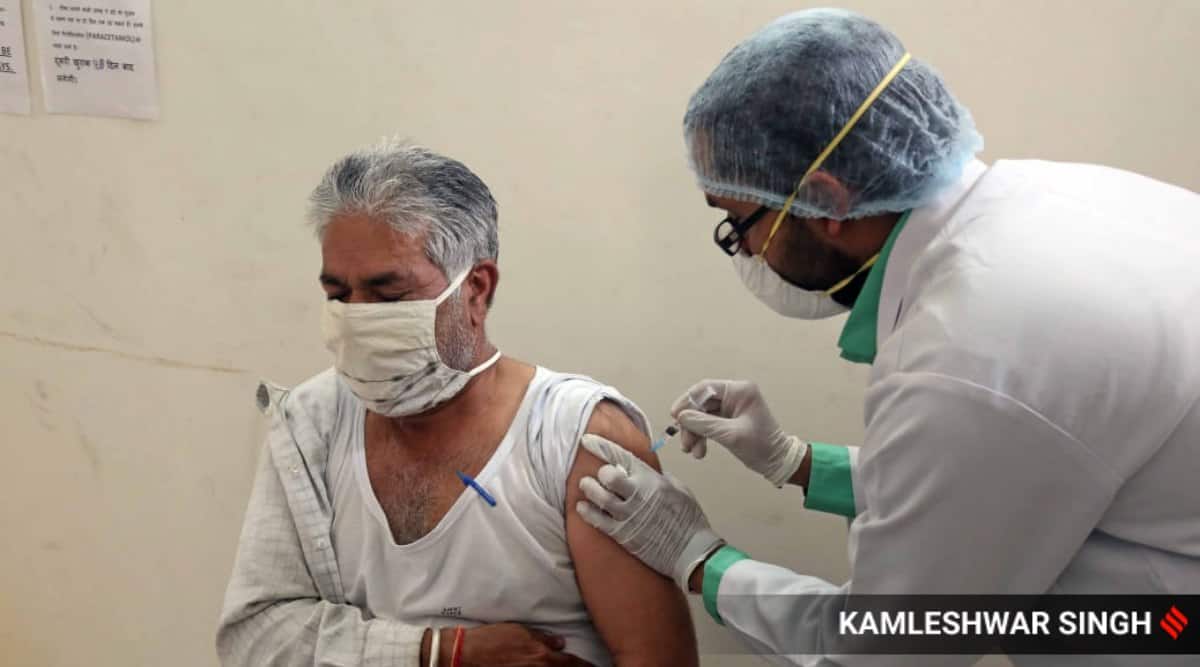 As states run out of vaccine stocks in the face of surging Covid-19 cases, Adar Poonawalla, the CEO of Serum Institute of India (SII), the world’s largest vaccine manufacturer, Friday appealed to US President Joe Biden to lift the embargo on export of raw materials needed to manufacture vaccines out of the United States so that vaccine production can be fast-tracked.

Tagging Biden on Twitter, Poonawalla wrote, “Respected @POTUS, if we are to truly unite in beating this virus, on behalf of the vaccine industry outside the U.S., I humbly request you to lift the embargo of raw material exports out of the U.S. so that vaccine production can ramp up. Your administration has the details.”

As the second wave of Covid-19 grips India with record number of fresh cases being detected everyday, several states have raised the issue of vaccine shortage with the Centre. Vaccination, one of the major means to contain the rapid spread of the disease at this phase, have slowed down in a number of states due to lack of supply.

Maharashtra, the state worst hit by Covid-19, wants to vaccinate six to 7 lakh people on a daily basis, for which it needs 40 to 45 lakh vaccine vials every week, the state health minister Rajesh Tope said Thursday. Stating that a large-scale vaccination will help bring down the number of Covid-19 cases, he said, “If we manage to vaccinate so many people on a daily basis, it would be a major step in curbing the COVID-19 spread in the state.”

He hoped that if a delegation from the state including its opposition leaders meets the Centre’s representatives, the state can get the required doses of vaccines. “I think if a delegation from the state, including members from the opposition, visits New Delhi and takes up the issue with the Centre, we will get more vaccines to save lives. We will work it out,” PTI quoted him as saying.

Last week, Maharashtra had raised alarm bells, with senior health officials saying they may be forced to halt vaccination for four to five days next week if the new stock does not come. The state then asked for a minimum 40 lakh doses to meet the daily target of 4.5 lakh vaccinations, with plans to go up to at least 6 lakh doses per day. After this, the Centre had increased the state’s allocation of doses to 17.43 lakh from 7.43 lakh as promised before.

On Thursday, Odisha government demanded at least 25 lakh doses of Covid-19 vaccine in a single lot from the Centre to speed up the ongoing immunisation programme, a minister said. Health and Family Welfare Minister N K Das, in a letter to the central government, said the state is prepared to vaccinate 3 lakh people daily, but about 2-3 lakh vaccine shots are being allocated to it at a time.  Das had earlier written to the Union Health Ministry twice, requesting the authorities to expedite the vaccine supply. “I again request you to urgently supply at least 10 days of stock of Covishield (25 lakh doses) in a single lot as an emergency measure to enable us to plan sessions and undertake the vaccination programme effectively,” Das said in his latest communication.

Das also said the state has received 50,79,650 doses of COVID-19 vaccines till April 14. Due to the ‘intermittent’ supply of vaccines, the immunisation programme ‘cannot be conducted as planned’, he said.

After Rajasthan achieved its highest figures in terms of daily Covid-19 vaccine doses administered last week, the state is currently faced with a severe shortage of vaccines which has resulted in a sharp decline in its daily vaccination data. According to senior officials of the health department, while the state has the capacity to inoculate over 5 lakh people daily, it is falling far behind its target in absence of adequate supply of vaccines from the Centre.

Earlier, due to its massive inoculation drive, Rajasthan had become the second state in the country after Maharashtra to administer 1 crore doses of vaccine to its population.

“We have run out of vaccination supplies. At present we have the capacity to carry on around 7 lakh inoculations per day but because of no supplies, we aren’t able to administer the doses. I have written to the Union Health Minister, requesting him to send us more vaccine doses. We want the Centre to send us around 30 lakh doses so that we can increase the daily inoculation rate,” state Health Minister Raghu Sharma told The Indian Express on Wednesday.

As per data from the Health Department, on Tuesday, the total vaccine doses administered were 1.48 lakh, much lower than just a week back, when 5.81 lakh doses were administered on April 7.

Punjab is facing a shortage of Covaxin in several districts, sources said, adding that many are now waiting for their second dose of the vaccine.

Amritsar’s District Immunization Officer (DIO), Arvind Manchanda, said: “There is shortage of Covaxin. We have not received supply for second dose of Covaxin. Around 12,000 had got first dose of Covaxin in the district, which was mostly supplied to private hospitals. Some hospitals may have preserved half of their stock for second dose. But we are not sure about how many people are waiting for second dose. This situation exists across the state in all districts. Amritsar is not alone. We may get supply in a day or two.”

Asked how many people are waiting for second dose due to shortage of Covaxin vaccine in state, Covid nodal officer for Punjab, Rajesh Bhaskar, said, “Don’t have this data ready at the moment.”

With West Bengal recording a massive surge in Covid-19 cases amid an eight-phase Assembly election, several hospitals have notified that they had run out of vaccines. The state on Monday received four lakh doses, days after writing to the Centre about the shortage in several hospitals. Sources in the health department said that while on an average, four lakh to five lakh people should get vaccinated daily, about two lakh people were getting their shots at present. On Monday, 2.32 lakh people were vaccinated while only 53,922 received their shots the day before.

(With inputs from PTI, ENS)