As the Covid-19 pandemic enters its sixth month in India, Dr Randeep Guleria, Director of AIIMS, tells The Indian Express about key learnings from managing it, and new aspects that have emerged. 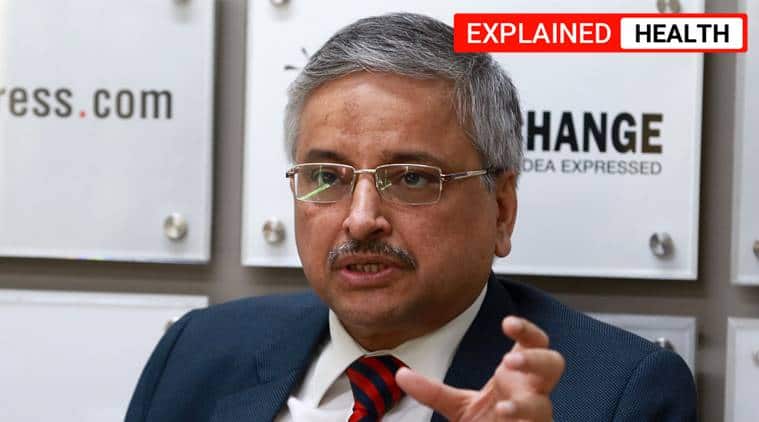 As the Covid-19 pandemic enters its sixth month in India, Dr Randeep Guleria, Director of AIIMS, tells The Indian Express about key learnings from managing it, and new aspects that have emerged. Edited excerpts:

In the beginning, we thought the virus was only causing respiratory infection, pneumonia. Now there are patients with blood clots; the virus is targeting the transport of oxygen, choking off its supply to other organs. Does this mean Covid-19 is now more a vascular disease?

You are right. When it started, it was felt it was like any other viral pneumonia: as we see with influenza, it causes predominantly upper respiratory problems and in some people it goes to the lower respiratory tract and leads to fall in oxygen saturation. But we are learning more and more about how this coronavirus behaves. We realised it causes a lot of systemic effects. It causes inflammation of the inner lining of blood vessels and this leads to narrowing of their area. Also, we see a lot of inflammatory markers enter the blood.

It caused a hypercoagulable state, which promotes clotting; and people were suddenly dying because of clots blocking their blood vessels in the lung and heart. We have started to see that happening in the brain, people with stroke and other neurological problems. In the beginning, we thought all this wasn’t a major issue but as we see more cases, it has become an issue. So the treatment has to be holistic.

The infection starts off with the lungs. So it is still a pulmonary disease. But it has significant vascular problems. It can be termed as a vascular disease, to some extent. It can also be termed as a systemic disease because it involves the entire body.

Some autopsies of Covid patients reveal people are dying from blood clots in the brain which is causing the stroke. Is the virus travelling to the brain?

There could be viremia, the virus traveling from the blood to the brain, and causing some changes; but a large amount of effect that happens is because of vessel involvement. You can see that in our patients, they are not only presenting stroke even while in the ICU and being treated for Covid-19; but it happens even later on, over the course of the disease when the viral load may have come down but the inflammation persists.

A decrease in kidney function has been reported in some patients. Is the kidney also a direct target?

The kidney can fail under multiple ways; one, when we have vessel involvement, and often in advance-stage patients, (there is) septic shock which leads to a decrease in blood supply to kidney causing kidney failure. Also, what we found, in around one-third of patients who are critically ill — they do have acute kidney injury and require dialysis. We had anticipated this to some extent. 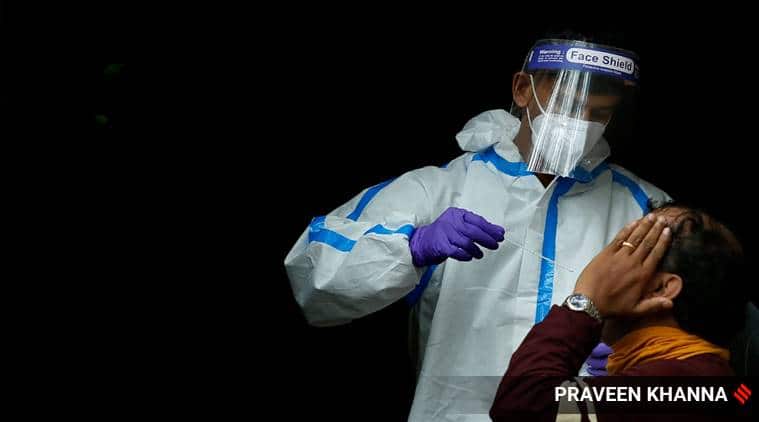 At hospital level, does this mean we need more CT scans and dialysis machines?

From a diagnosis point of view, yes, you need to have a CT scan if you are looking at a stroke. Dialysis is another important aspect; all Covid-19 critical hospitals have dialysis machines in their ICUs. AIIMS has four in the hospital and one is in the Covid suspect area.

What do follow-ups show in recovered patients whose lungs, kidney, brain were infected?

There are people who have residual damage. People who have had a stroke have neuro-deficit in terms of paralysis or some part of the body not functioning. We have also seen a number of patients who have severe pneumonia, were lungs get totally scarred. Although they come out, some of them require oxygen at home after recovery. Three months down, CT scans have shown lungs are in bad shape. There is a debate about whether we have to give them steroids or other drugs to be able to decrease the fibrosis or put them under a rehabilitation program so that their lung capacity can improve. Some patients keep complaining of dry cough, which is due to scars in the lung. Some patients, over weeks, have complained of weakness and of not having the energy to go back to work. In some case, there are serious neurological problems.

Is it time to expand the symptoms?

With time, the symptoms have really expanded. When we started off, it was just cold, fever, and cough. Now we have body ache, loss of sense of smell and taste and it will gradually expand. It will become more challenging for the physician to suspect and diagnose Covid19.

I think we will have to be more liberal in our testing, especially in a hospital setting. We had this problem two months ago… patients with stroke didn’t get tested, went into the general ward, and underwent CT, MRI. And later, when the X-ray looked abnormal, they were tested and came positive for Covid. This created panic. We are learning that we need to have a low threshold for diagnosing and we should test all patients with an atypical presentation.

There is recent evidence that there could be a post-Covid syndrome in children. How serious is this?

That is still being evaluated. It has been reported from multiple places in the US and is seen in individuals, who sort of recovered and then they have a fever, hyperinflammatory syndrome which affects the skin, intestine, and has cardiac dysfunction. Many of these patients require ICU care to support blood pressure. This is a syndrome that is still evolving and mimics another similar disease, Kawasaki disease. There has been no surge in cities (in Europe) where schools have opened. Does it mean that schools can be reopened in a planned way?

It does seem that children might not be big transmitters. However, until now most schools are closed. So there is no real hard data to suggest if there is an outbreak, have the children carried the virus to the home? The fear is that if a few children get infected, they might develop the inflammatory syndrome, which usually occurs two-three weeks after the infection. But they can also give it to the elderly in the house with comorbidities causing serious illness.

UK trials show hydroxychloroquine has no clinical benefits, WHO has discontinued the HCQ arm of the Solidarity trial. However, India’s protocol continues to recommend it for mild and moderate cases…

The evidence we have is predominantly for prophylaxis. When we talk in terms of treatment, the data is not that strong. The current recommendation is for mild cases. But we also know that in mild cases, there is spontaneous recovery; whether they are recovering because of hydroxychloroquine or on their own is not clear. It is recommended because it is a safe drug, easily available, and evidence is as strong and poor as other drugs that have been promoted.

What is the preliminary evidence emerging in Indian patients with respect to remdesivir, convalescent plasma therapy, and tocilizumab?

Both remdesivir and tocilizumab have only emergency-use authorisation. If you look at data for remdesivir, initial studies did not show much benefit. Subsequent studies said it showed some benefits in decreasing hospital stay by four days. There were suggestions that in more severe patients it may have a mild benefit but it was significant to say that there was mortality benefit. But I don’t think we have strong evidence one way or the other. Currently, it is only a promising repurposing drug rather than a really effective drug for Covid-19.

There are two or three things we need to keep in mind about plasma therapy. Everyone does not have a good amount of antibodies as shown by various studies from New York and Europe. These studies have shown that in a community only 10-15 percent have antibodies and even people who recover don’t show that robust antibody production. What it means is that everybody is not fit for plasma donation and you have to check the blood to see whether it has sufficient antibodies so that it can be given. Second is that the data is not strong. There is a large study of 100 patients (with) randomised control trials, which looked at plasma therapy and did not show any strong mortality benefit. It was also used for Ebola and the evidence is not that strong. 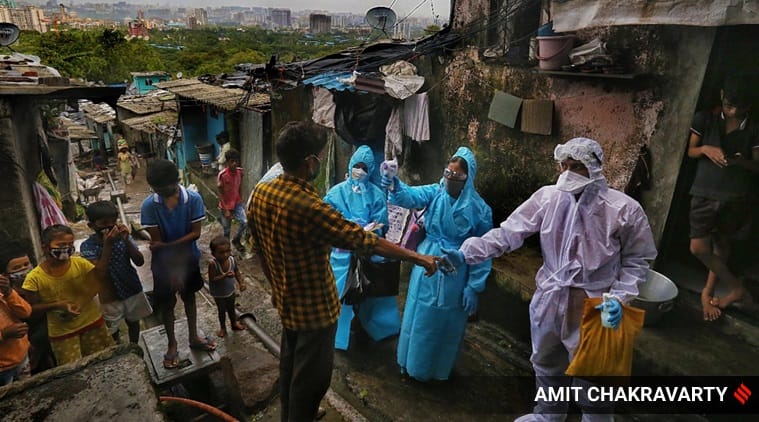 In patients who are recovering, are we seeing people developing immunity for the virus? Are we seeing patients being re-infected?

We are not seeing patients, which we can classically (categorise) under re-infection as of now. However, there is a whole debate on immunity and how long does it last.

Classically, we relied on antibody formation of immunoglobulin E in the blood to say that we have protection. What we really need to look at is, and which is difficult to do in a large population, is neutralising antibodies.

It is possible that there might be neutralising antibodies in sufficient amount but are not being picked. Second, we are also learning about the body’s immune response; we have realised that cell-mediated immunity is also activated and giving protection through T-cells in the blood. We may be protected to some extent, more than what we are thinking right now. The big question is how long does this protection last. That is difficult to predict.

What is the biggest Covid mystery today?

First, when we look at transmission, the challenge is how much of it is airborne compared to droplet infection and so what measure do we need to take.

The second issue is what we should we do with regard to the inflammation and systemic effect on organs. We know that steroids make a big difference. Are there any other drugs, immunomodulators, or anti-inflammatory drugs, which along with steroids, may actually help decrease the systemic effects of virus? Not only save lives but reduce the multi-organ effect? Finally, we need to really see how fast we can get an effective and safe vaccine.