A magisterial inquiry was ordered by Jammu and Kashmir administration on Thursday to probe the Hyderpora encounter in Srinagar, in which the state police claimed to have killed two terrorists and two associates of the terrorists.

Dentist Dr Mudasir Gul and the Hyderpora building’s owner Altaf Ahmed Bhat were killed in a firefight between the security forces and terrorists in Hyderpora, Srinagar, on Monday evening.

The Kashmir police buried Dr Gul, Bhat and the two Pakistani terrorists over 100 kilometres away from Srinagar.

On Wednesday, familes of both the slain civilians staged a protest.

On Thursday, several people from all walks of life protested demanding the return of Dr Mudasir Gul and Altaf Bhat’s bodies for a proper burial by their families.

Please click on the images for a look at Umar Ganie’s photographs from the protest. 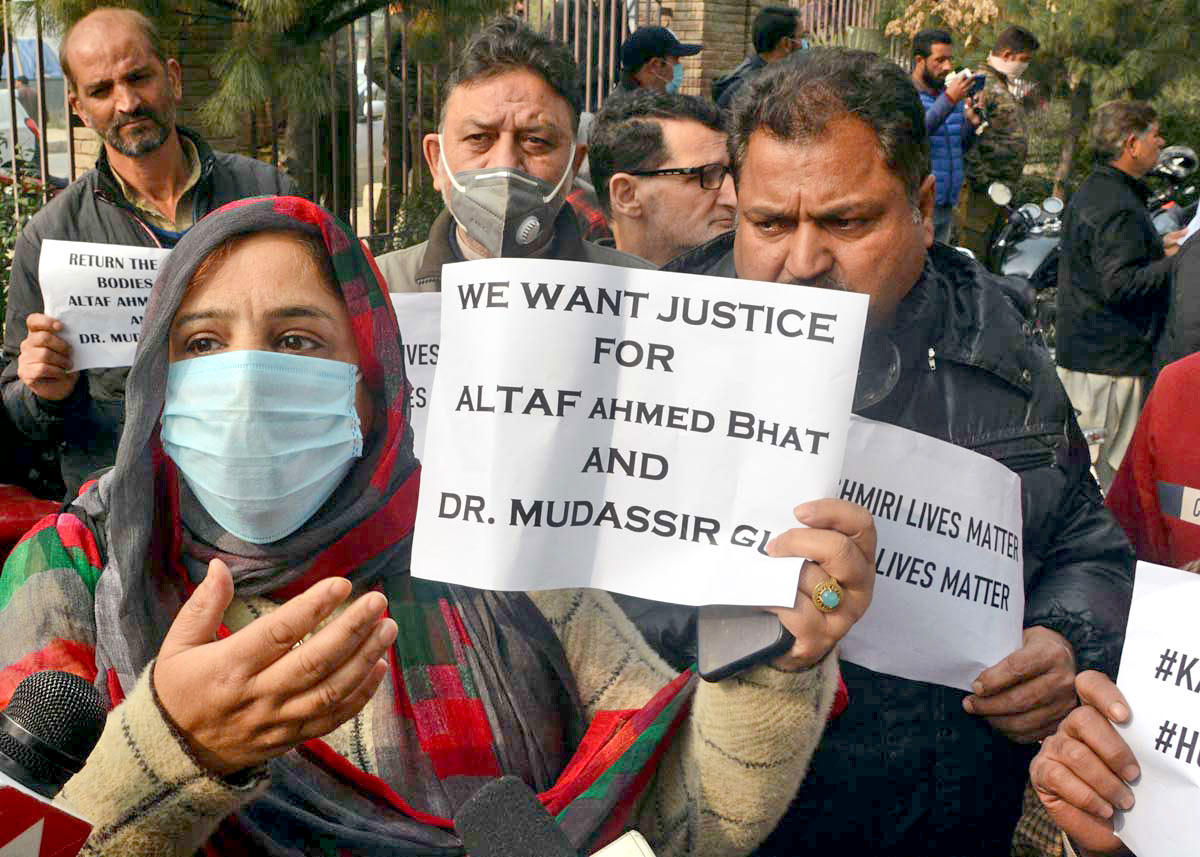 IMAGE: Demonstrators hold placards during the protest. All Photographs: Umar Ganie for Rediff.com 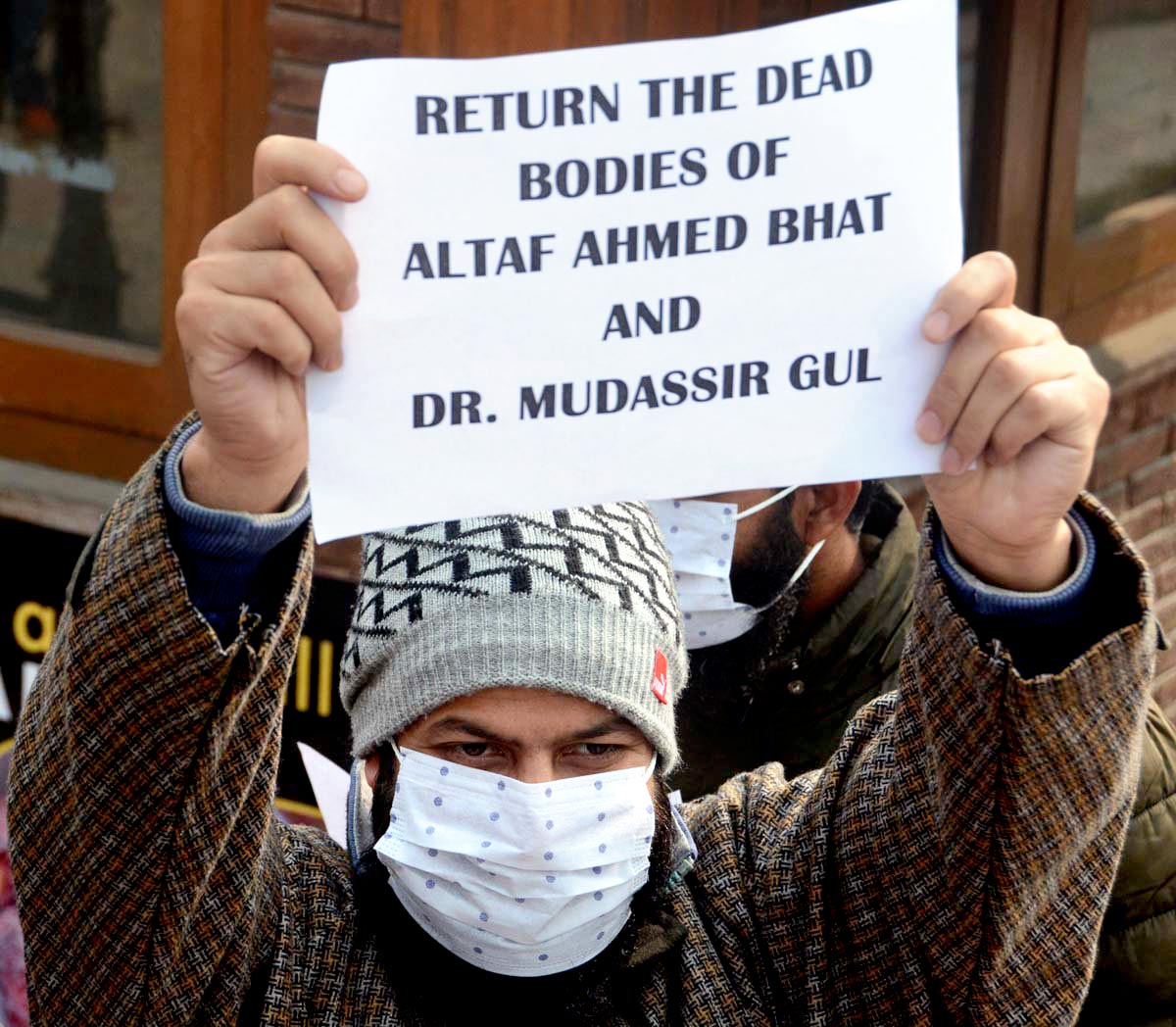 IMAGE: A People’s Conference leader during the protest. 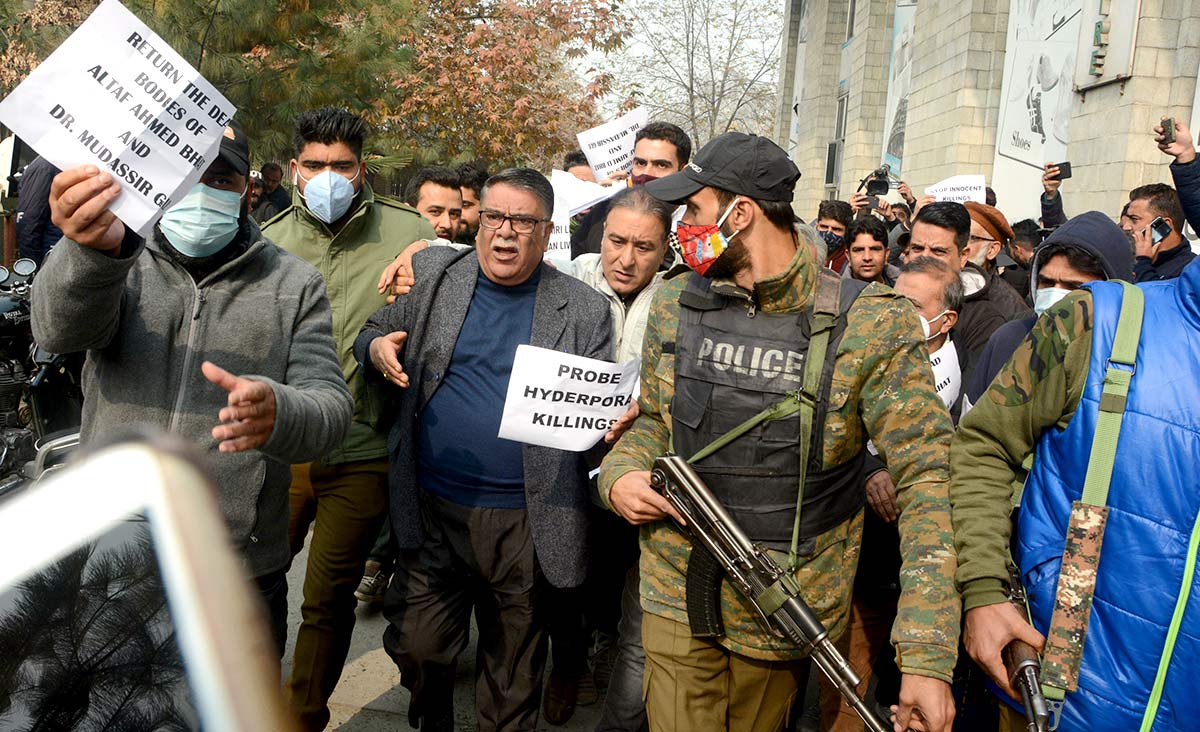 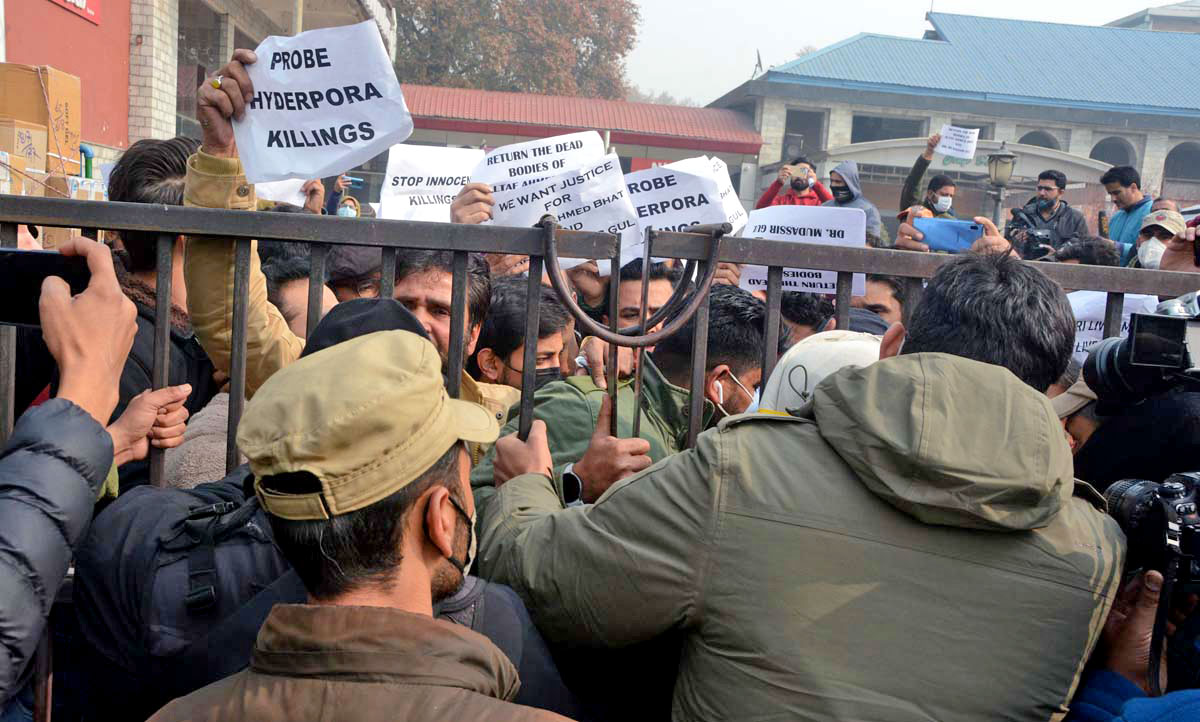 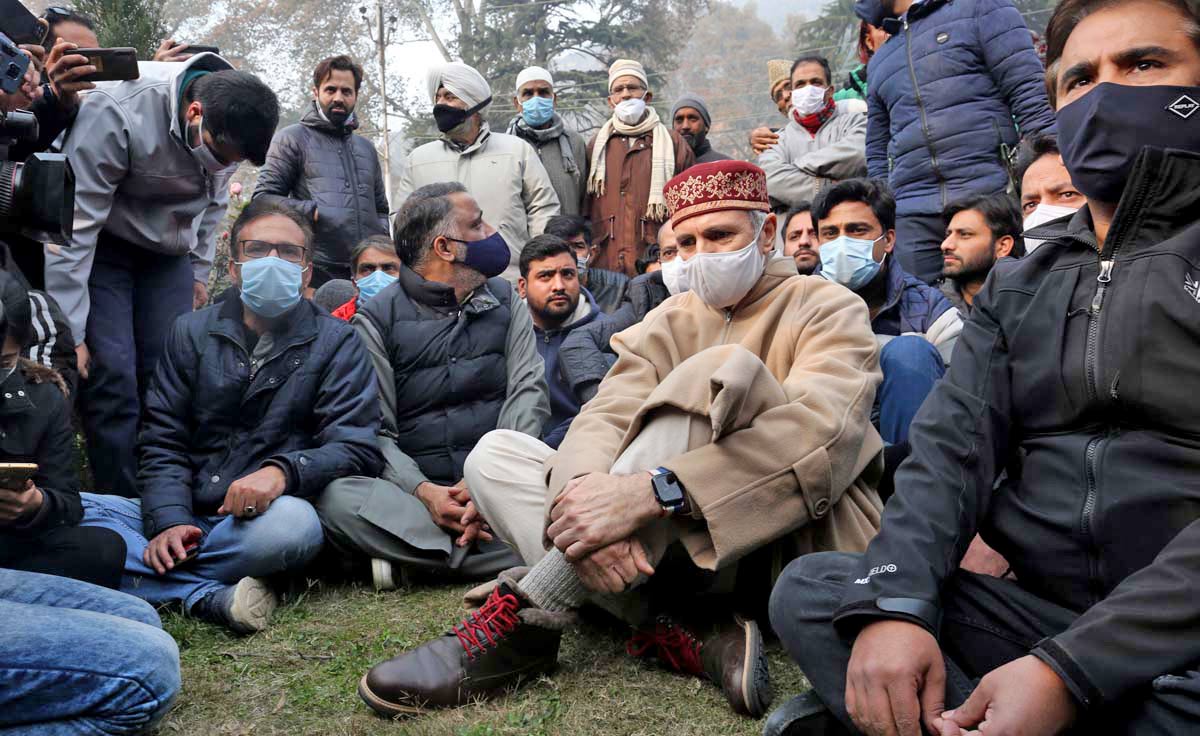