Soon after taking oath as the IT and communications minister, Ashwini Vaishnaw had said that all those who live and work in India will have to abide by the rules of the country. 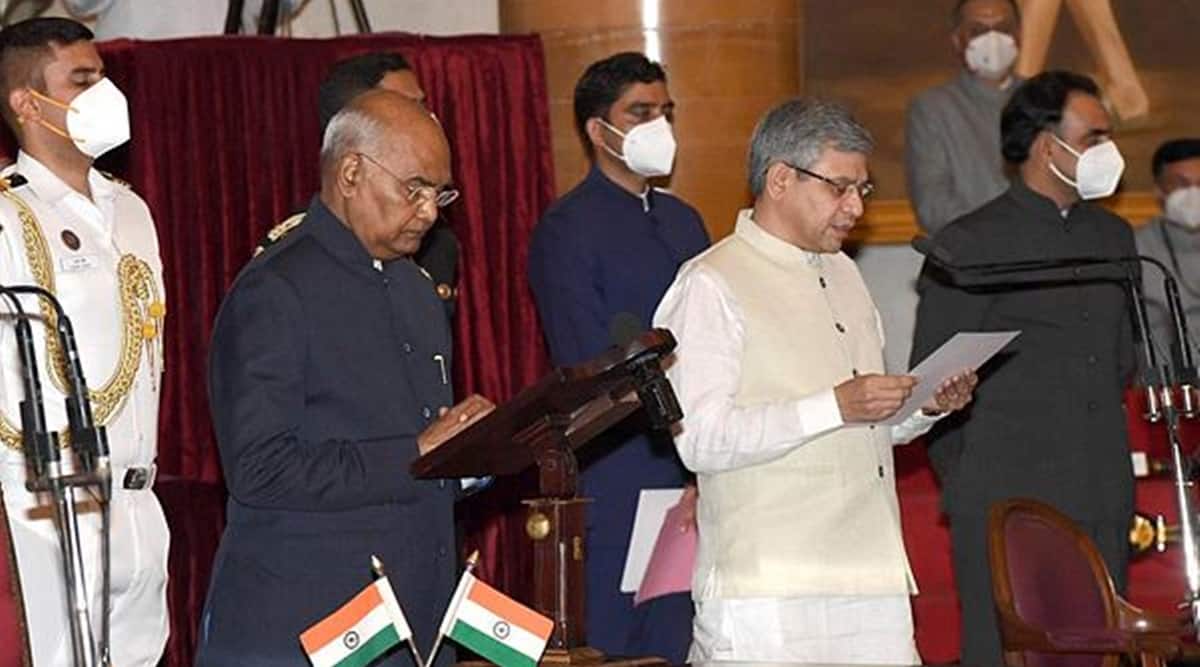 Amid the ongoing friction between the Centre and big tech firms, freshly sworn-in IT and Communications Minister Ashwini Vaishnaw said on Sunday that the new information technology rules empower and protect users.

The IT rules will ensure a safer and more responsible social media ecosystem in India, Vaishnaw said.

“Reviewed the implementation and compliance of Information Technology Rules, 2021 along with my colleague Shri Rajeev Chandrasekhar ji. These guidelines are empowering and protecting users and will ensure a safer and responsible social media ecosystem in India,” Vaishnaw said in a post on Koo, which is a competitor to Twitter in India.

Soon after taking oath as the IT and communications minister, Vaishnaw had said that all those who live and work in India will have to abide by the rules of the country.

The new rules, which came into effect on May 25, had asked all social media platforms to set up a grievances redressal and compliance mechanism, which included appointing a resident grievance officer, chief compliance officer and a nodal contact person. All of them should be Indian residents.

The Ministry of Electronics & Information Technology had also asked these platforms to submit monthly reports on complaints received from users and action taken. A third requirement was for instant messaging apps to make provisions for tracking the first originator of a message.

Twitter, which had been in the eye of the storm over its alleged failure to comply with the new IT rules in India, has named Vinay Prakash as its Resident Grievance Officer for India.

The site also published a ‘transparency report’ regarding the handling of complaints from users in India between May 26, 2021 and June 25, 2021 — another requirement under the new IT law. In its maiden monthly compliance report, Twitter said that it has received 94 grievances and “actioned” 133 URLs between May 26 and June 25.

This comes after the Delhi High Court had said that the Centre can initiate action against Twitter in case of non-compliance with the IT rules.

Facebook had earlier said it aimed to comply with the provisions of IT rules and was in discussion with the government on a few more issues. “Pursuant to the IT Rules, we are working to implement operational processes and improve efficiencies. Facebook remains committed to people’s ability to freely and safely express themselves on our platform,” a spokesperson for the company had told The Indian Express earlier.

However, Facebook-owned Whatsapp has challenged the IT rules for requiring the messaging app to trace chats and make provisions to identify the first originator, saying they violate the right to privacy and are unconstitutional.

Whatsapp further alleged the requirement of intermediaries enabling the identification of the first originator of information in India upon government or court order puts end-to-end encryption and its benefits “at risk”.

Some media houses have also challenged the new IT rules and the matter is sub-judice.