British tea plantations surfaced in the Cachar plains during the mid-19th century and their expansion led to problems with the Mizos whose home was the Lushai Hills. 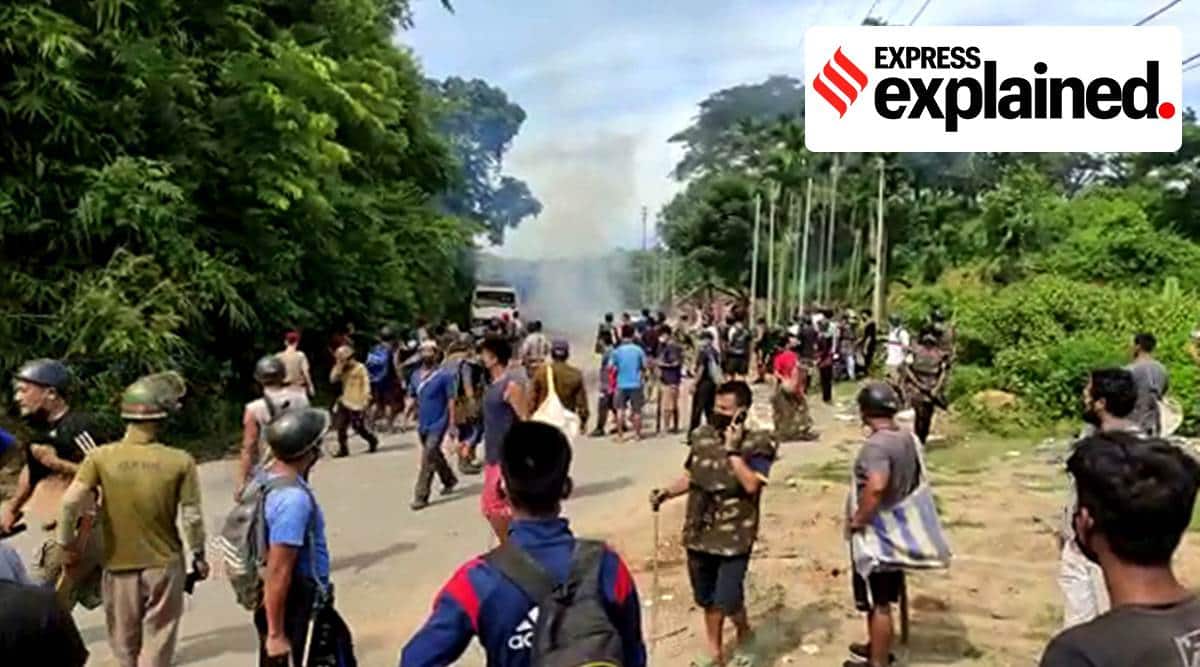 At the heart of the dispute over the 165-km Assam-Mizoram boundary are two border demarcations that go back to the days of British colonial rule, and disagreement over which demarcation to follow.

British tea plantations surfaced in the Cachar plains – the Barak Valley that now comprises the districts of Cachar, Hailakandi and Karimganj — during the mid-19th century and their expansion led to problems with the Mizos whose home was the Lushai Hills.

In August 1875, the southern boundary of Cachar district was issued in the Assam Gazette – the Mizos say this was the fifth time the British had drawn the boundary between the Lushai Hills and the Cachar plains, and the only time when it was done in consultation with Mizo chiefs. This also became the basis for the Inner Line Reserve Forest demarcation in the Gazette two years later.

But in 1933, the boundary between Lushai Hills and the then princely state of Manipur was demarcated – it said the Manipur boundary began from the trijunction of Lushai Hills, Cachar district of Assam and Manipur state. The Mizos do not accept this demarcation, and point to the 1875 boundary which was drawn in consultation with their chiefs.

Officials said according to an agreement between Mizoram and Assam, status quo was to be maintained in the no man’s land in the border area. But in February 2018, there was violence when students’ union MZP (Mizo Zirlai Pawl) built a wooden rest house for farmers on land that was claimed by Assam and which was demolished by Assam Police.

Again, last October, clashes erupted twice in a week over construction in Lailapur (Assam) on land claimed by Mizoram.