Minister of External Affairs S Jaishankar made the remarks while addressing a high-level UN Security Council briefing on threats to international peace and security by terrorist acts. 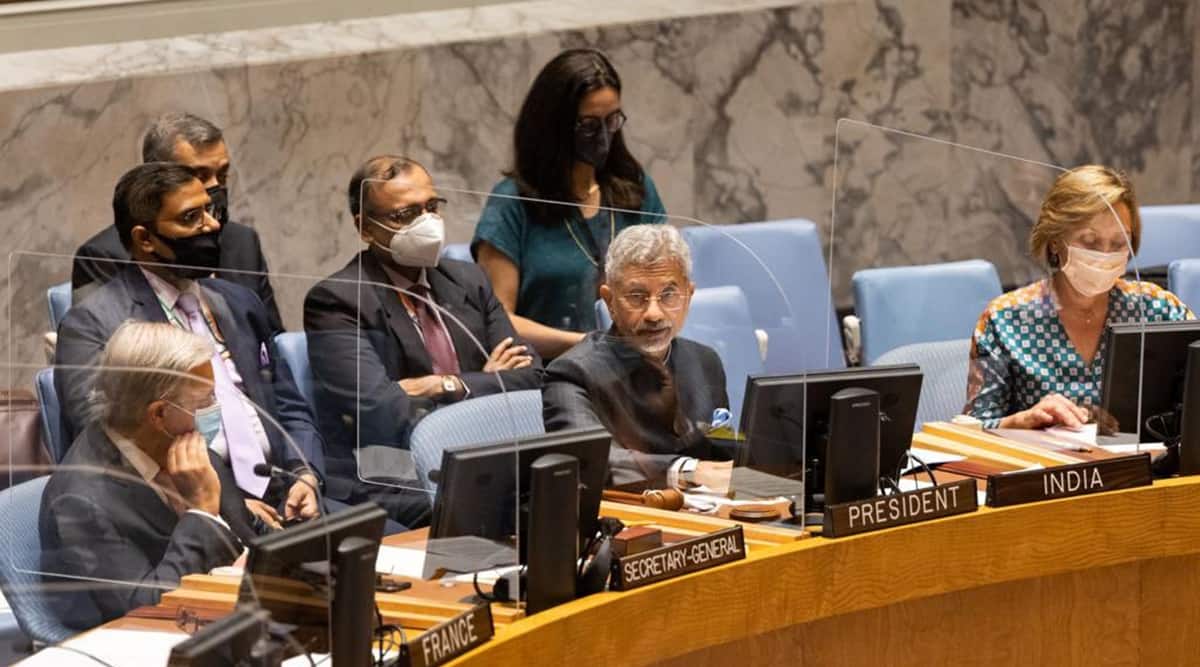 India on Thursday told the UN Security Council that Pakistan-based terror groups like Lashkar-e-Taiba (LeT) and Jaish-e-Mohammed (JeM) continue to operate with both impunity and encouragement in the neighbouring country, calling on it not to take a “selective view” on the scourge of terrorism and to have the courage to call out the “double speak” of those who extend state hospitality to individuals “who have innocents’ blood on their hands”.

The remarks by Minister of External Affairs S Jaishankar came during his address to a high-level UN Security Council briefing on threats to international peace and security by terrorist acts.

“In our own immediate neighbourhood, ISIL-Khorasan (ISIL-K) has become more energetic and is constantly seeking to expand its footprint. Events unfolding in Afghanistan have naturally enhanced global concerns about their implications for both regional and international security,” he was quoted as saying by PTI.

“Whether it is in Afghanistan or against India, groups like LeT and JeM continue to operate with both impunity and encouragement,” he added.

Without naming Pakistan, Jaishankar said that we must never countenance sanctuaries for terrorists or overlook their raising of resources.

“When we see state hospitality being extended to those with innocents’ blood on their hands, we should never lack the courage to call out their double-speak,” Jaishankar said during his briefing on ‘Threats to international peace and security caused by terrorist acts’ held under India’s current presidency of the UNSC.

During his address, the External Affairs Minister also drew parallels between the Covid-19 pandemic and the scourge of terrorism, “Let us always remember that what is true of Covid is even more true of terrorism: none of us are safe until all of us are safe.”

Meanwhile, Saeed-led Jamat-ud-Dawah (JuD) is the front organisation for the LeT which is responsible for carrying out the 2008 Mumbai attack that killed 166 people, including six Americans. In 2019, the United Nations designated Pakistan-based JeM chief Masood Azhar as a “global terrorist”.

Earlier, Jaishankar met his British counterpart Dominic Raab and discussed the ongoing developments in Afghanistan. According to PTI, both agreed to work together to tackle shared security threats, support refugees, and ease the humanitarian plight of ordinary Afghans.

During his visit, Jaishankar also held bilateral meetings and discussions with UN Secretary-General Antonio Guterres and other foreign ministers, focusing on the situation in Afghanistan.