While hearing a Doubtful Voter (D-Voter) case against Bikram Singha in Karimganj district on September 10, FT member Sishir Dey said, “…there is no doubt that this NRC Assam published in 2019 is nothing but Final NRC.” 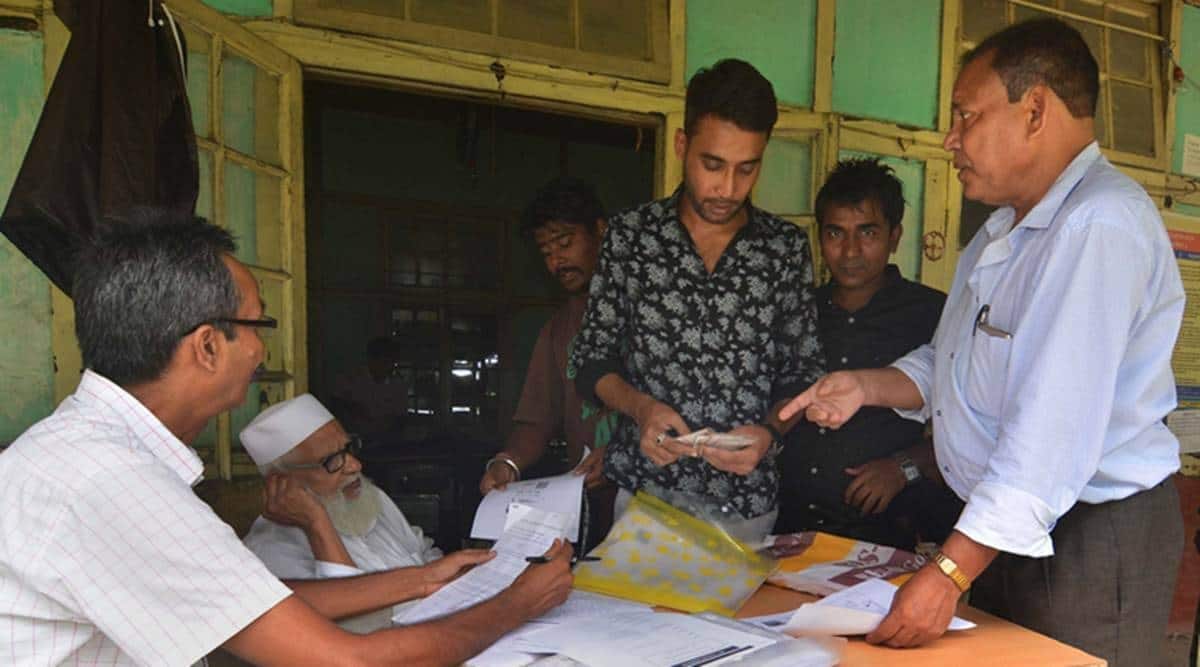 A Foreigner’s Tribunal (FT) in Assam recently declared a man Indian, while observing that his family members were part of the National Register of Citizens (NRC) published on August 31, 2019, which it referred to as the “Final NRC”.

While hearing a Doubtful Voter (D-Voter) case against Bikram Singha in Karimganj district on September 10, FT member Sishir Dey said, “…there is no doubt that this NRC Assam published in 2019 is nothing but Final NRC.”

The opinion holds significance because the NRC has not yet been notified by the Registrar General of India (RGI).

In the order-cum-opinion, Dey said that Singha’s name appeared in the Final NRC, published on August 31, 2019, which establishes his relationship with his grandmother, parents and younger brother, whose names also appear on the list. While it maintained that it did “not necessarily and lawfully establishes his citizenship due to pendency of his case” and that “pendency of the case before the tribunal might not be traced by the NRC authority”, the names of others in his family in Final NRC “may be conclusive proof of their Indian citizenship”.

Ever since it was published on August 31, 2019, Assam’s NRC — which left out 19 lakh people — has been in limbo. Last year, HD Sarma, the NRC state coordinator, submitted an affidavit to the Gauhati High Court, referring to the August 31 list as a ‘supplementary’ list and not the ‘final NRC’ and seeked a re-verification. The Assam government, too, has not accepted the list as final, and is currently pushing for a “corrected” NRC.

Singha had submitted a number of documents including a land document from 1968 in his grandfather’s name, proof of his father Bharat Chandra Singha as an Indian Air Force employee for nearly three decades since 1972, as well as the family’s Final NRC documents, among others.

The state advocate, Sankar Chakraborty, argued that the NRC document may not be considered as a “legally valid document” and expressed doubt “about finality of Assam NRC published online on 31 August 2019.” In response, the petitioner’s advocate, Manjari Das countered him by saying that the Final NRC in Assam had been published “as per direction and monitoring” of the Supreme Court and that there should “not be any doubt about finality or legality of NRC for Assam.”

Dey, the FT member, opined that the NRC was prepared as per provisions of the Citizenship Act, 1955, and the Citizenship (Registration of Citizens and Issue of National Identity Cards) Rules, 2003, and on the directions of the Supreme Court.

He added that the Supreme Court had directed for the preparation of the NRC in a time-bound manner, whose last step was mentioned as “Finalisation of Final updated NRC” and the date for the completion of the process was fixed on August 31, 2019.

“Accordingly Final NRC (i.e. Supplementary List of NRC together with Draft NRC) has been published on 31.08.2019 which is available online in the official website of NRC Assam wherein it’s referred and mentioned as ‘Final NRC’.”

“This legal position is still in force. The National Identity Cards have yet to be issued to the Citizens whose names have been included in Final NRC. But there is no doubt that this NRC Assam published in 2019 is nothing but the Final NRC,” Dey said.

The petitioner’s advocate, Das also said that her client was a citizen of India by birth under Section 3 of the Citizenship Act, 1955. She referred to a White Paper on Foreigners’ Issue’ published by Assam’s Home and Political Department on October 20, 2012 to support her claim. According to it, those born between January 26, 1950, and July 1, 1987, can be considered citizens of India by birth, irrespective of the nationality of his or her parents.

An advocate with the Gauhati High Court said that the order was “very significant” and “well-reasoned”. “It had raised very crucial issues, finality of NRC, citizenship by birth etc,” he said.

The FT’s opinion comes two weeks after the Assam government had on September 4 directed FTs to stick to giving “opinion” on a person’s nationality, and refrain from passing any “consequential orders.” The order had followed a random assessment exercise of FT “opinions” by the state’s Judicial Department, which found that the FTs were functioning outside their jurisdiction and passing “consequential orders” while rendering opinion.