Replying to a question in the Rajya Sabha, he said that the government has been making payments of DA as a matter of policy. 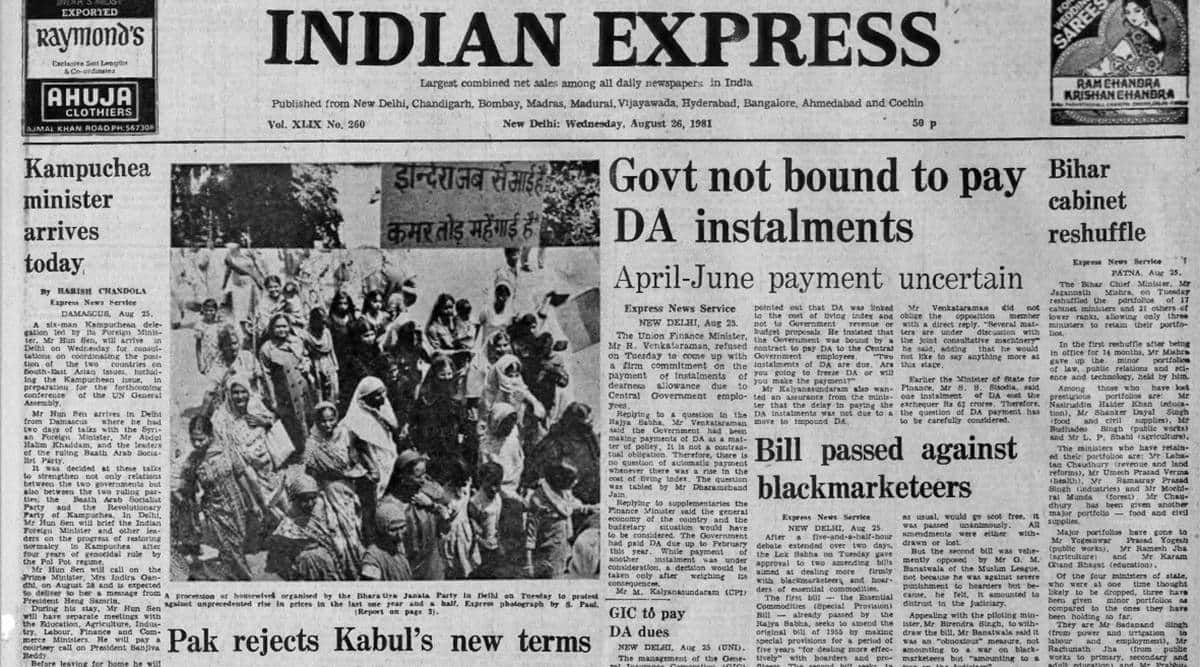 Union finance minister R Venkataraman refused to give a firm commitment on the payment of instalment of dear allowance due to Central government employees. Replying to a question in the Rajya Sabha, he said that the government has been making payments of DA as a matter of policy. It’s not a contractual obligation. Therefore, there is no question of automatic payment whenever there was a rise in the cost of the living index. The question was tabled by Dharamchand Jain. Replying to supplementary questions, the finance minister said that the state of finances will have to be taken into consideration. The government has paid DA up to February, this year. Kalyansundaram of the CPI said DA was linked to cost of living index and not to government revenue or budget proposals.

The Pakistan government sees little substantive change in the Afghan regime’s new terms for negotiations. “There seems to be some dressing up of the conditions set last year,” said a source who did not want to be named, adding that that the proposal was unacceptable as a basis for talks. Islamabad is willing to talk to members of Afghanistan’s ruling party but not directly to the regime.

Delhi’s Connaught Place will have a new look if a redevelopment plan for the middle circle and the Madras Hotel Block is implemented. The plan includes construction of a basement in the middle circle.