After an official meeting with their respective officials in attendance, Modi and Harris then moved to the balcony of the Eisenhower Executive Office Building where they had an animated chat.

Please click on the images for a better look. 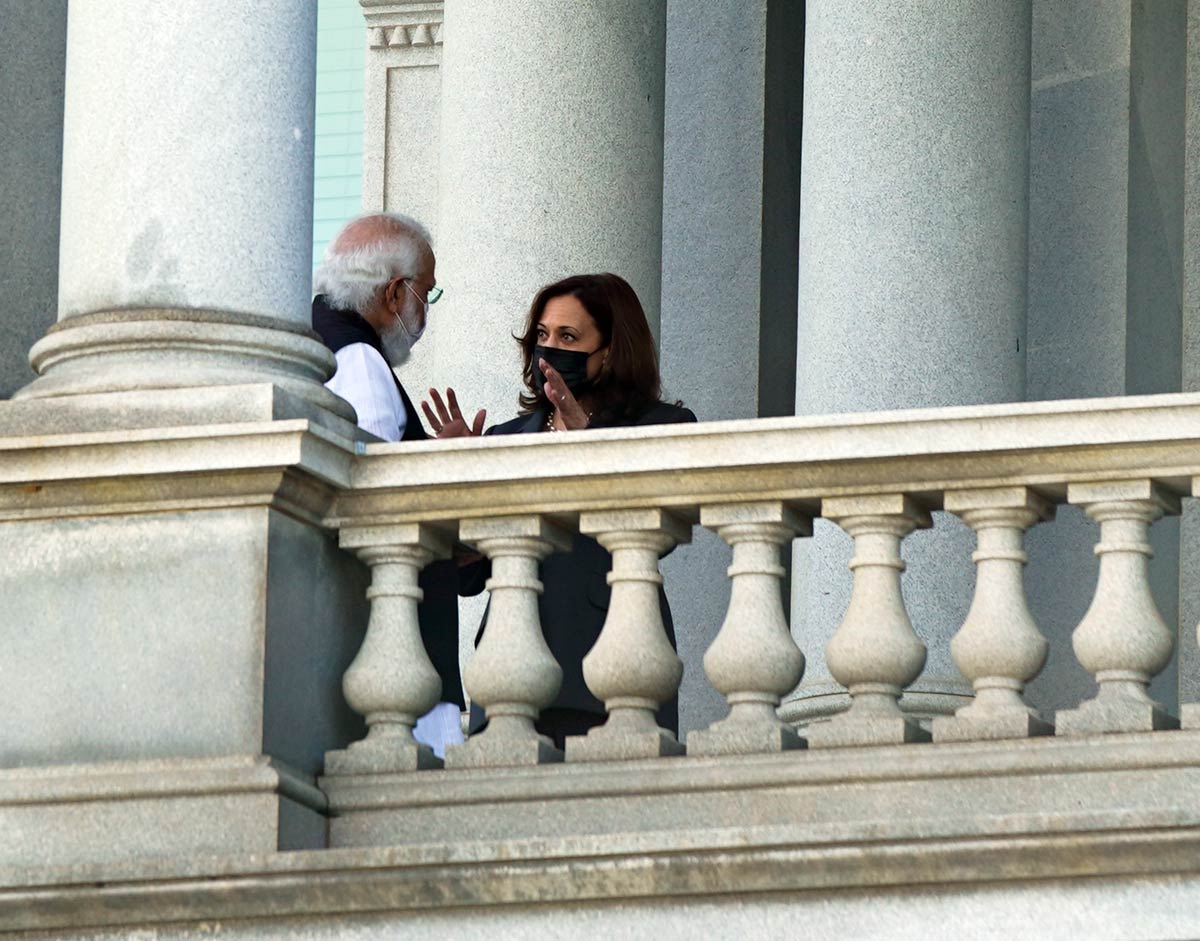 IMAGE: Prime Minister Modi and US Vice President Harris in animated discussion on the balcony of the Eisenhower Executive Office Building at the White House, September 23, 2021.
Photograph: Elizabeth Frantz/Reuters 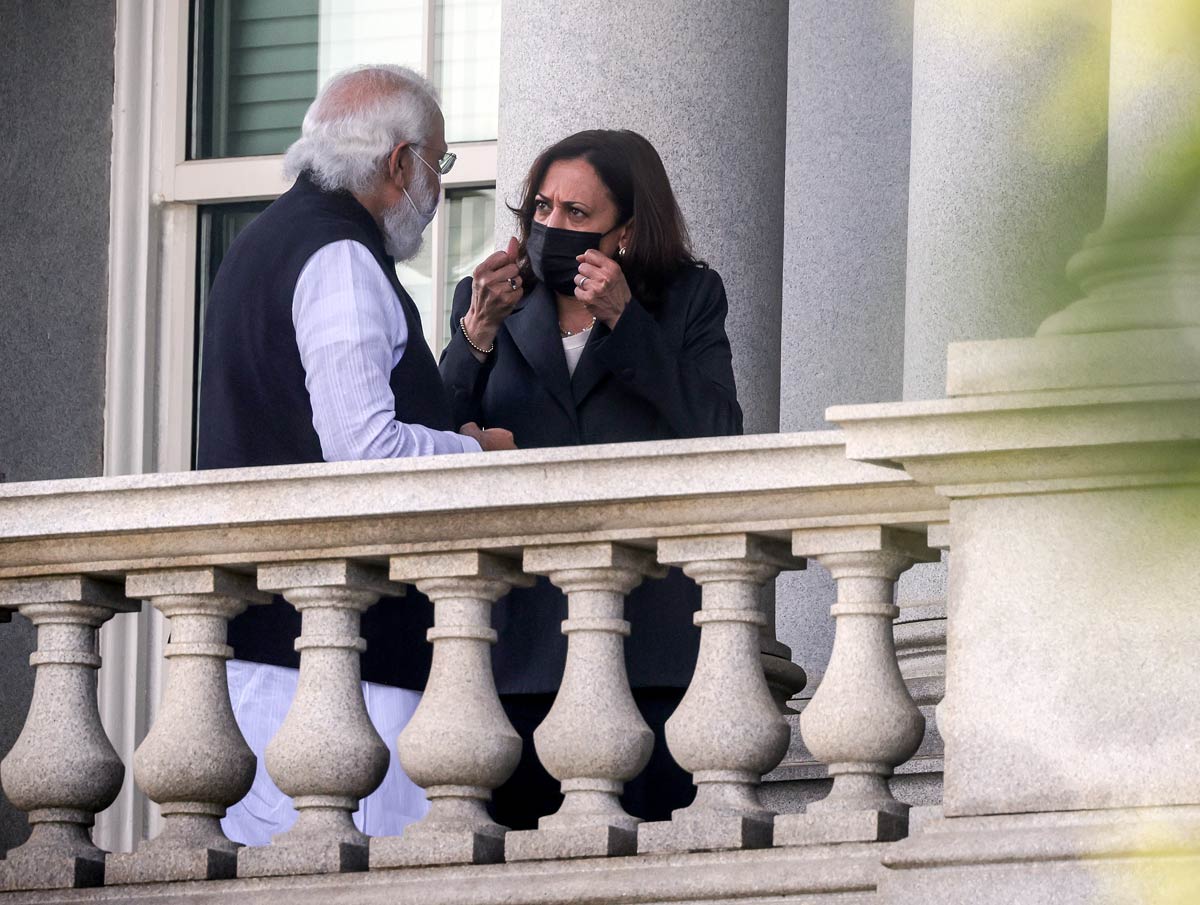 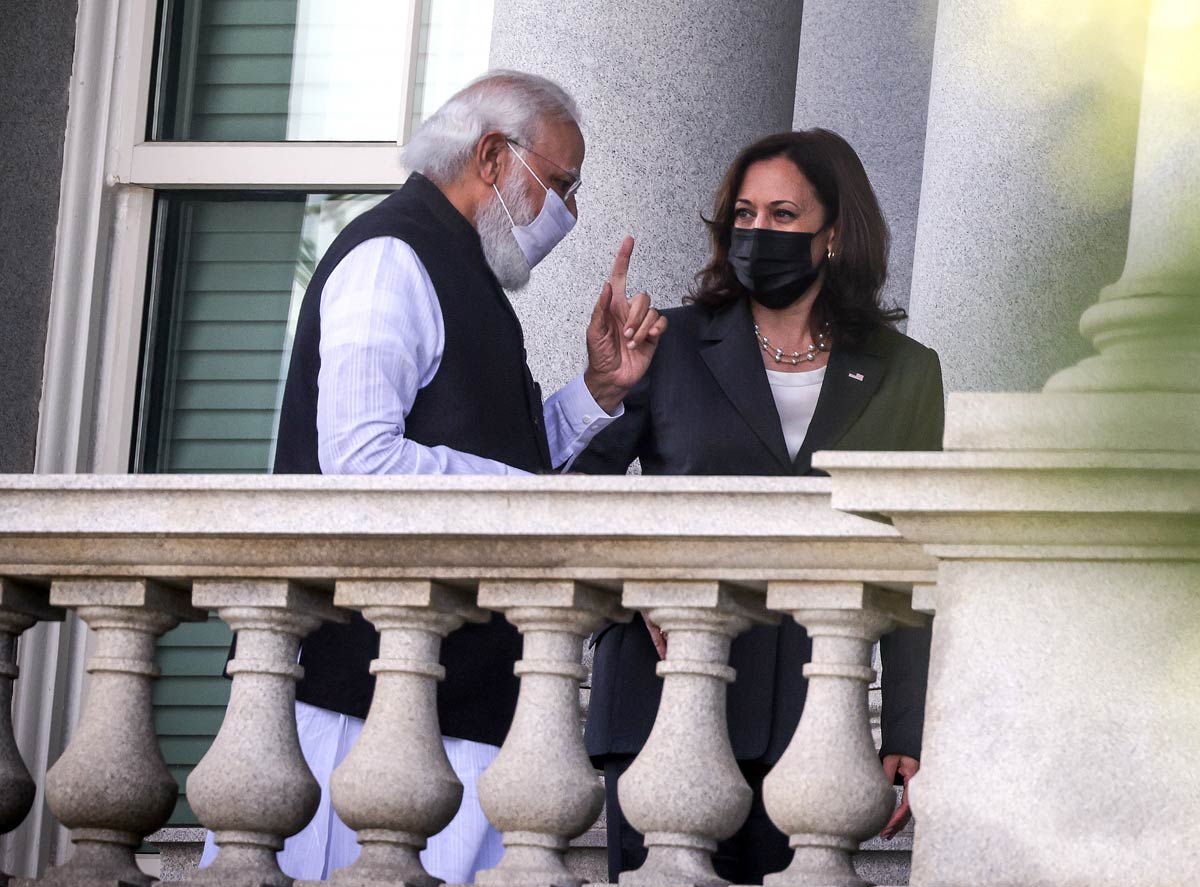 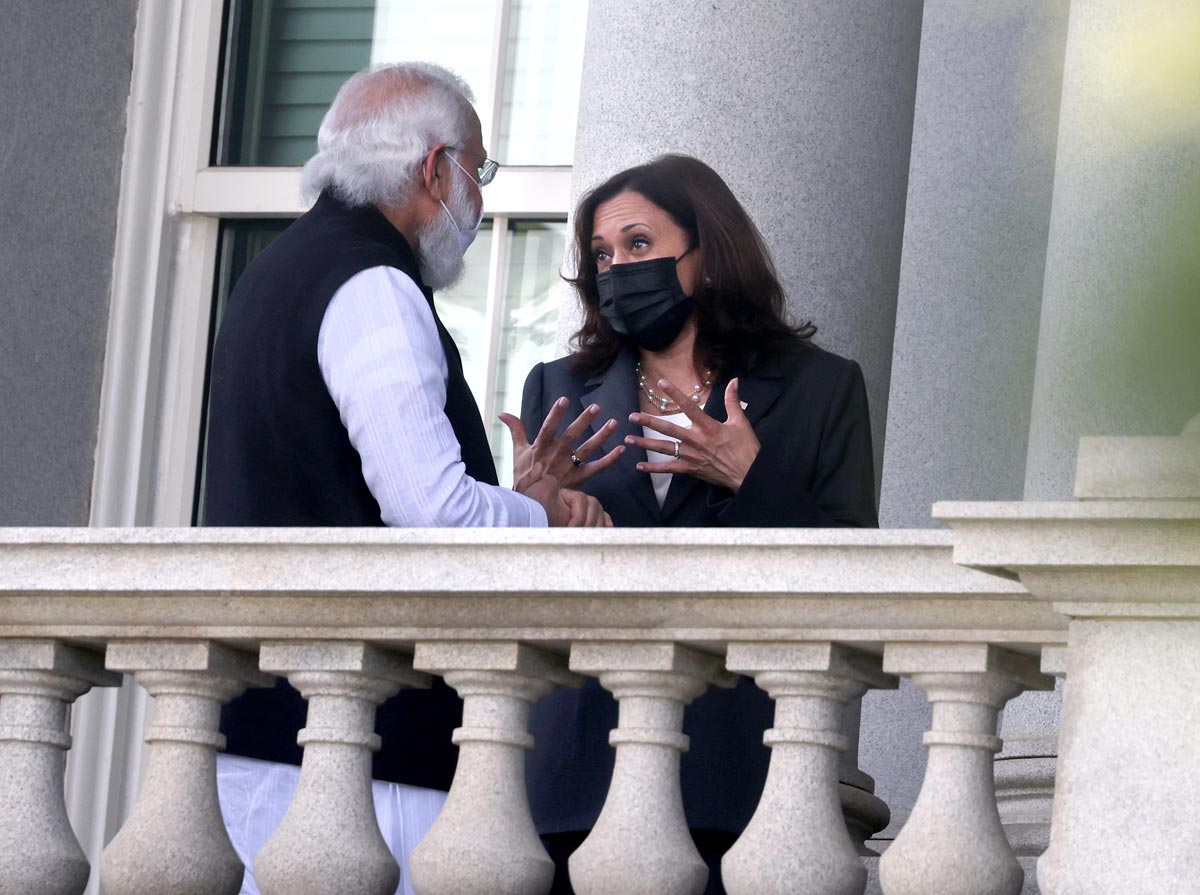 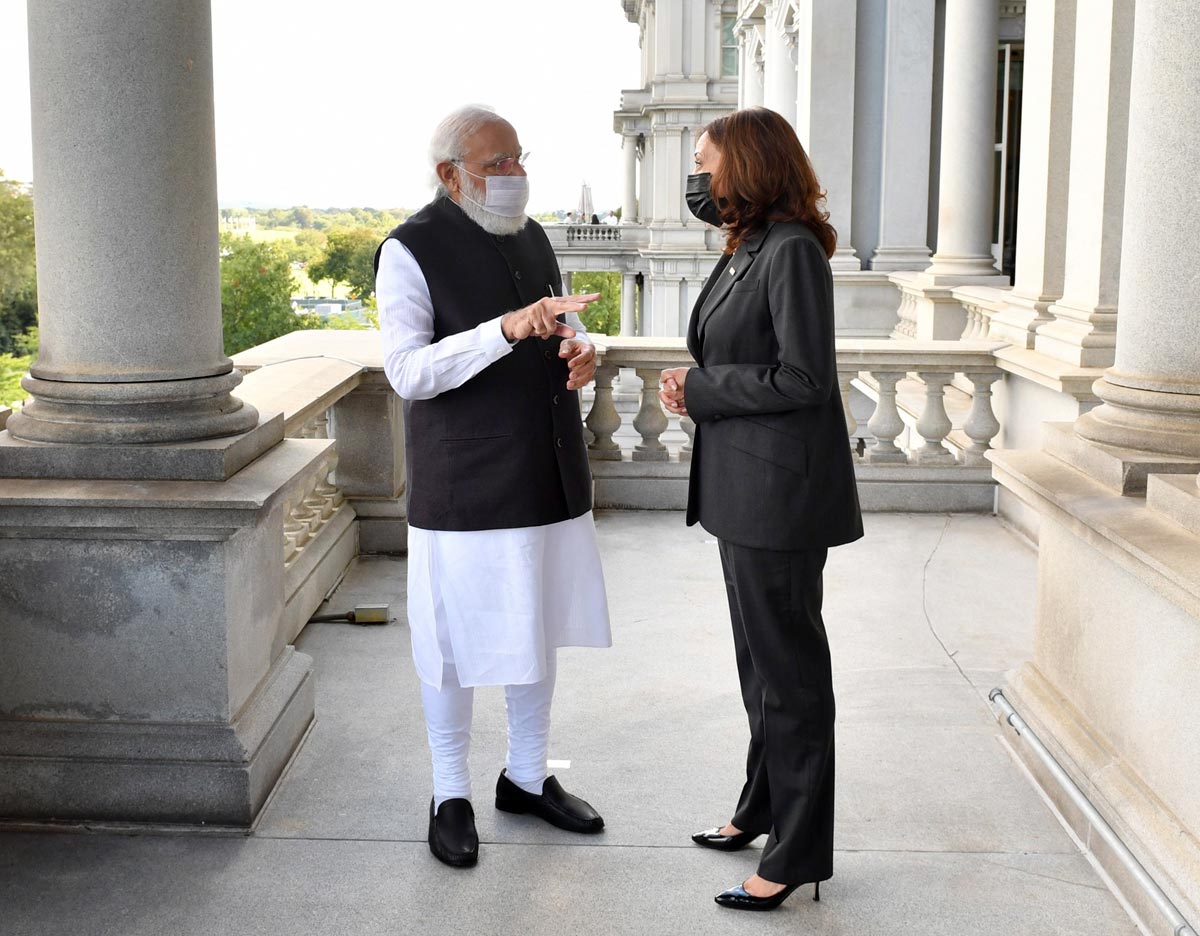 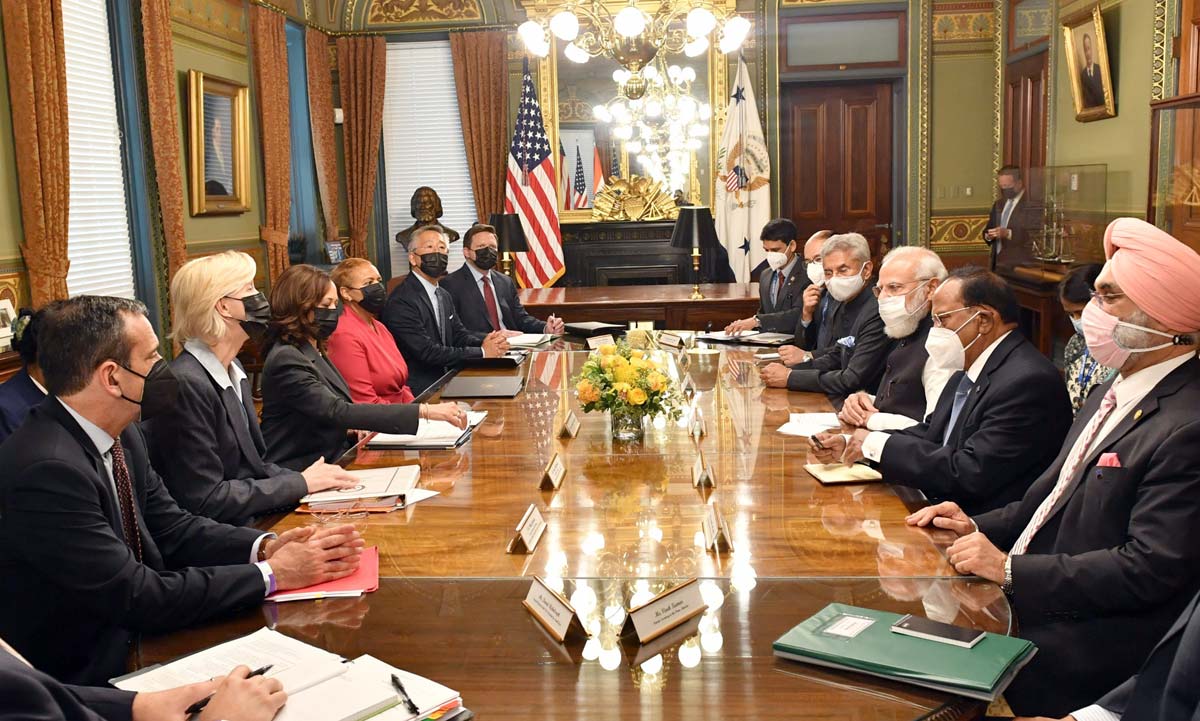 IMAGE: Before their balcony chat, Modi and Harris had a meeting with their respective delegations.
Photograph: Press Information Bureau 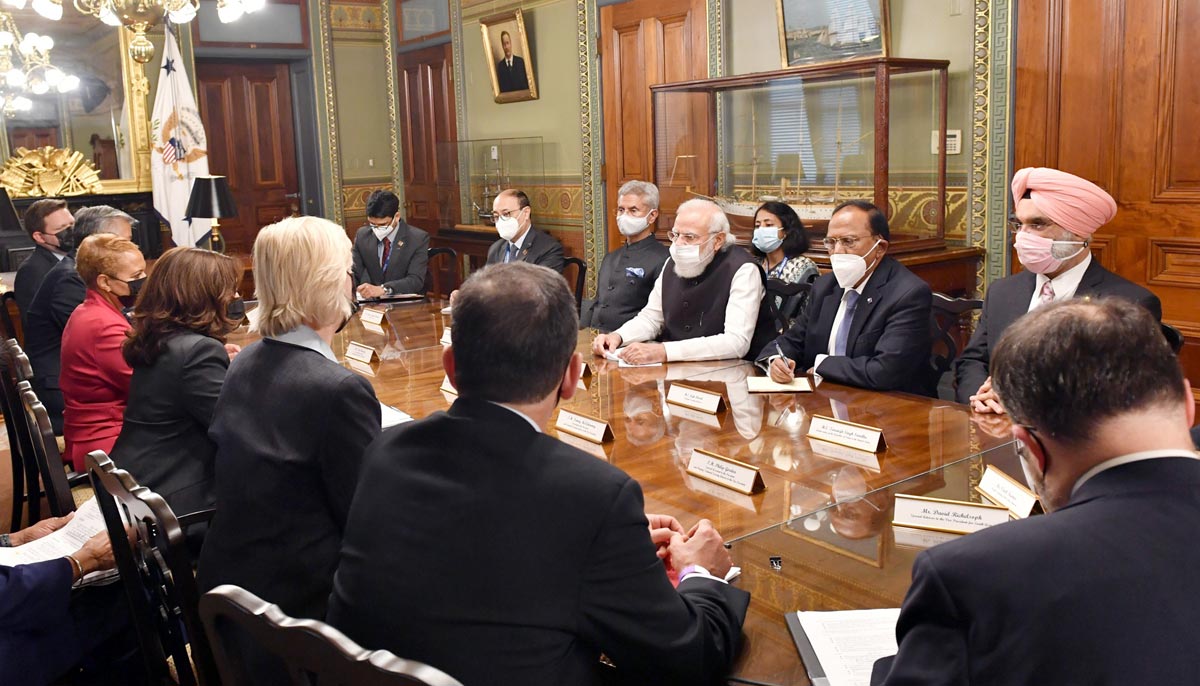 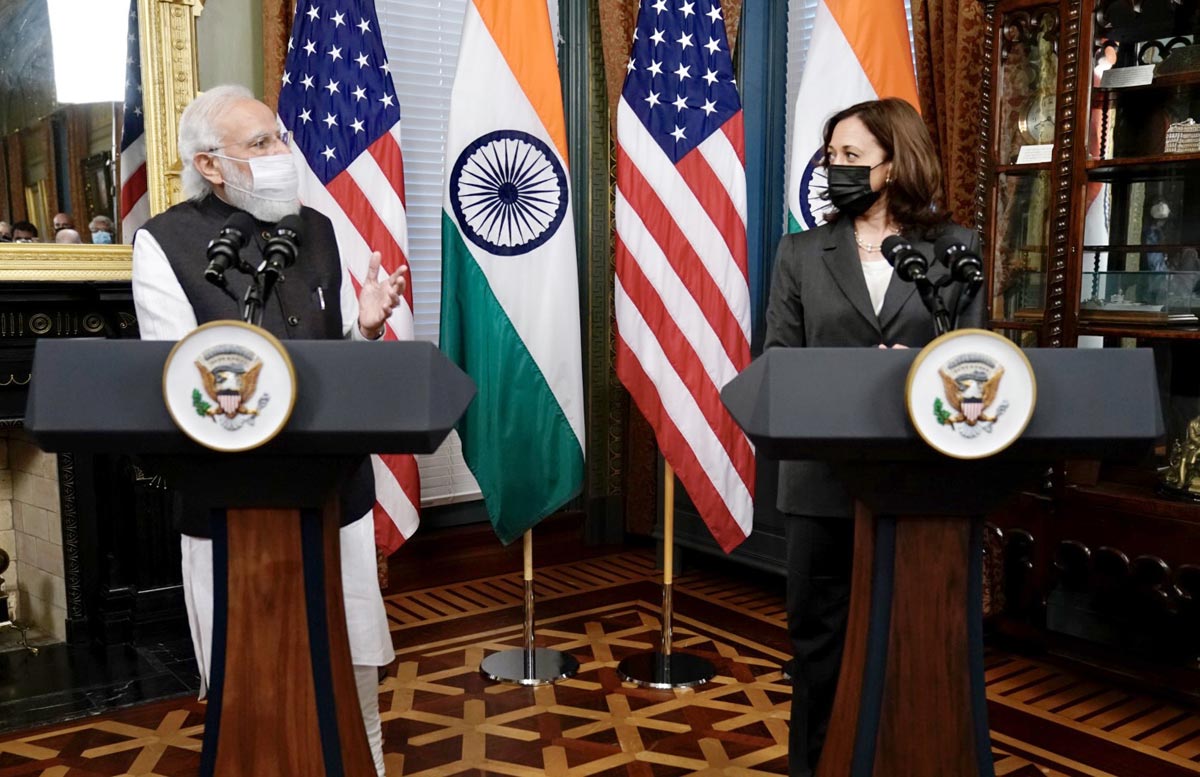 Harris listens attentively as Modi makes a point during the issuance of the joint press statements.
Photograph: Press Information Bureau