Senior TMC leaders Purnendu Bose and Dola Sen, who have been associated with Mamata Banerjee since the Nandigram movement in 2007, have moved in to a local villager's house just like they did 14 years ago as people protested against the land acquisition drive by the then Left Front government. 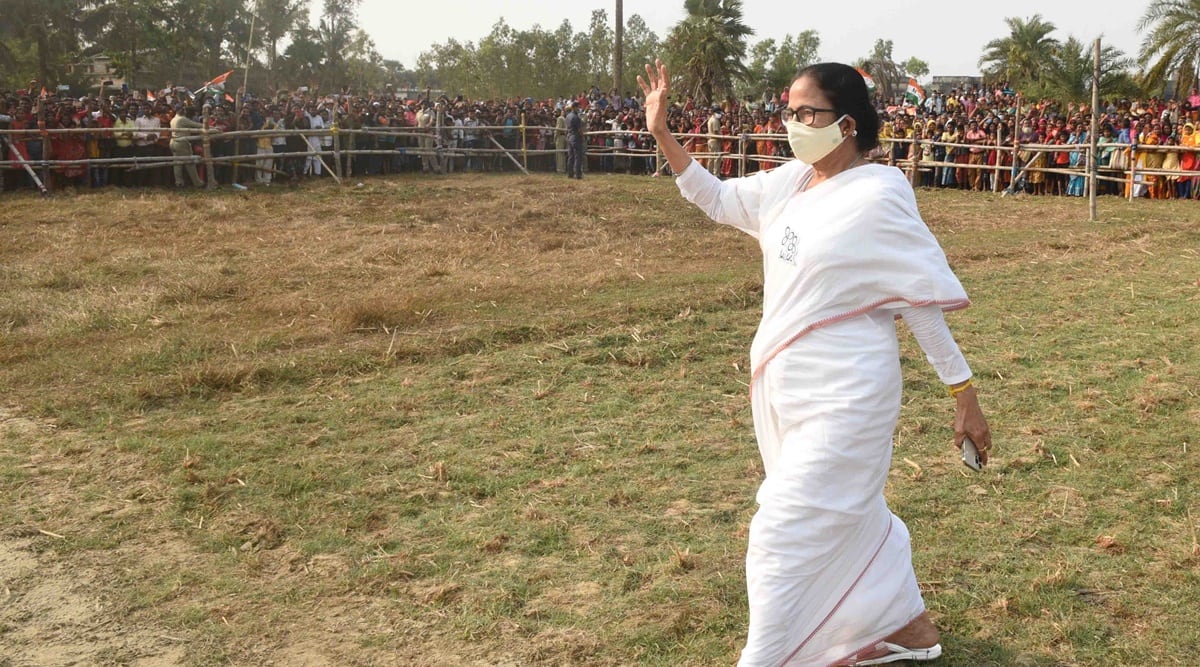 Miles away from Parliament in Delhi, Trinamool Congress MP Sukhendu Sekhar Roy was seen at a tea stall in Battala area of Nandigram on Wednesday, sipping hot tea and talking about rising prices of fuel and cooking gas. Clad in white kurta-pyjama, Roy hits out at the BJP government at the Centre, accusing Prime Minister Narendra Modi of “ruining the economy”.

Not far from there, senior TMC leaders Purnendu Bose and Dola Sen, who have been associated with Mamata Banerjee since the Nandigram movement in 2007, have moved in to a local villager’s house just like they did 14 years ago as people protested against the land acquisition drive by the then Left Front government.

“It is impossible for Chief Minister Mamata Banerjee to stay here continuously and campaign. She have to campaign all across the state. So, our party leaders are camping here,” said a senior TMC leader.

Since Mamata Banerjee announced to contest from Nandigram to take on close aide-turned-rival Suvendu Adhikari, a stream of TMC leaders have been pouring this small town in Purba Medinipur district to campaign for their party chief in the most prestigious battle of this Assembly election.
“BJP and RSS cadres are injecting communal sentiments ahead of the elections. The local leaders sometimes find it difficult to counter them. Therefore, senior leaders have stepped in,” said Roy, who has been camping in Nandigram since March 5.

Like Roy, many TMC leaders will stay put here till March 29 when campaigning ends for the second of the eight-phase elections.

But one person who has been overseeing the campaign and keeping a low profile is state TMC chief Subrata Bakshi. He along with Kolkata Mayor-in-Council Susanta Ghosh and local party leaders like Abu Sufiyan, Abu Taher, Saiyad Abdus Sattar, Mahadeb Bagh and Swadhin Das are among a battery of leaders constituting “Team Mamata” in Nandigram. “We are giving emphasise on nukkad meetings. We are doing extensive campaigning and holding small meetings with villagers,” said Roy. “Along with nukkad meetings, we are also teaching our party workers what to say and what not to. We are supplying different materials for the campaign and stressing on the positive agenda and development works of the Mamata Banerjee government,” he added.