Since 2012, the Mamata Banerjee government has established a Cooch Behar Panchanan Barma University, two Rajbanshi language academies, and a board for the development of the community. 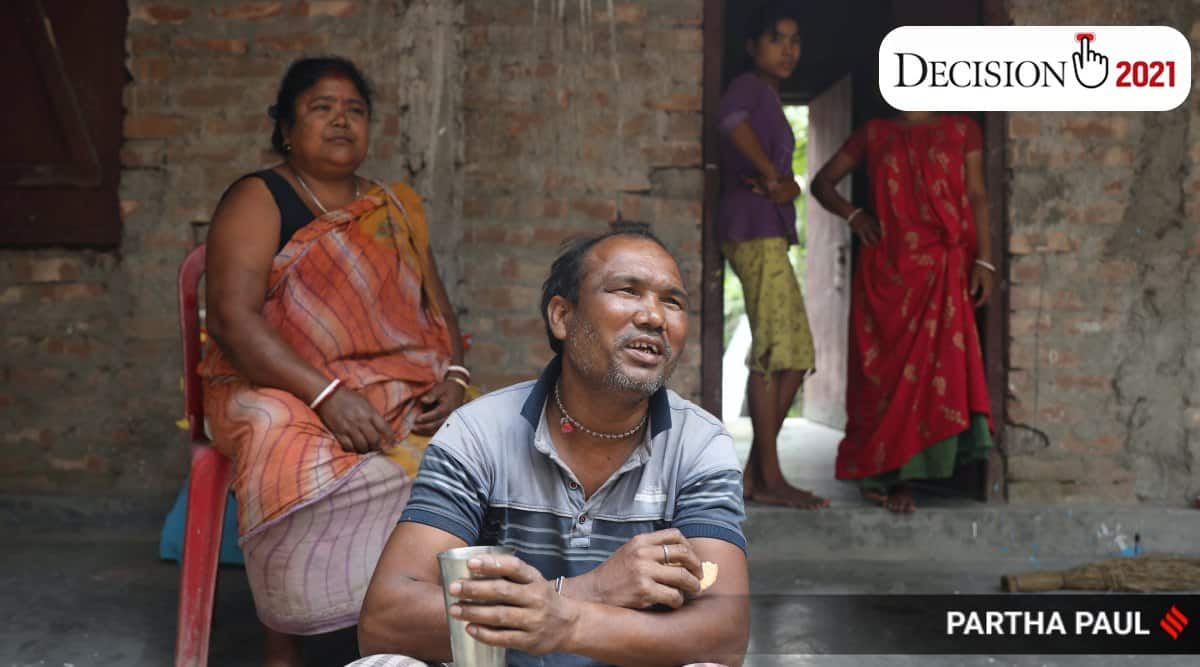 THREE years after it was set up, a museum to honour the legacy of Panchanan Barma, a prominent Rajbanshi leader and social reformer, in Khalisamari village of Cooch Behar, is already crumbling.

To descendant Timir Kumar Barma, 55, the state of the museum, located in the compound where Barma was born, shows the lip-service politicians have paid to the Rajbanshis. Both the TMC and BJP are vying for West Bengal’s largest Scheduled Caste group, with an estimated population of 50 lakh — particularly ahead of the polls where they can influence results in at least 26 seats in the north Bengal districts of Cooch Behar, Jalpaiguri, Alipurduar, Uttar Dinajpur and Dakshin Dinajpur (the area votes on April 10).

“Both the Trinamool and BJP did puja at my home before starting their campaign in Cooch Behar… Recently, soil was taken from here for the Ram temple in Ayodhya… While it is good to build statues of Panchanan Barma and to fight for a separate state for the Rajbanshis, what we need are jobs and industry,” says Timir.” 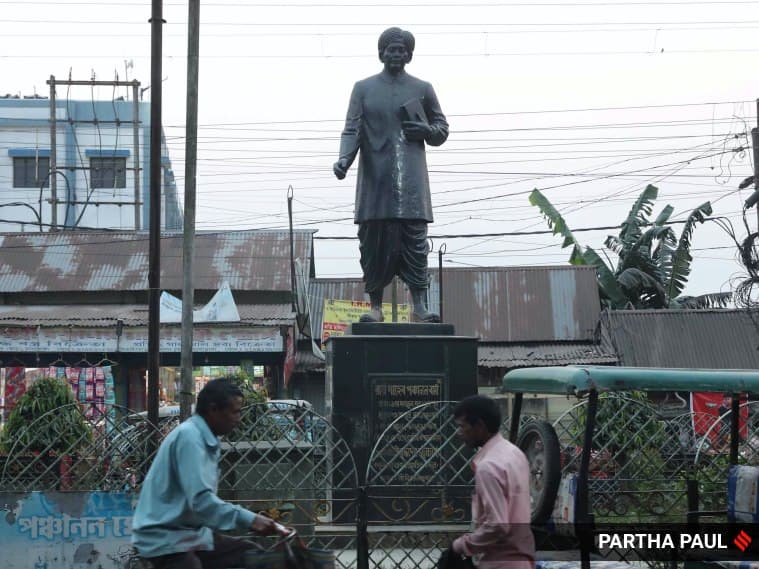 Since 2012, the Mamata Banerjee government has established a Cooch Behar Panchanan Barma University, two Rajbanshi language academies, and a board for the development of the community. Ahead of the polls, it announced a Cooch Behar-based Narayani police battalion, named after the army of the erstwhile princely state of Cooch Behar.

The same month, Union Home Minister Amit Shah called on Ananta Roy, a descendant of the Cooch Behar royal family, and announced a battalion after the Narayani Sena of his own — in the central paramilitary forces — plus a Rs 200-crore statue of Panchanan Barma. 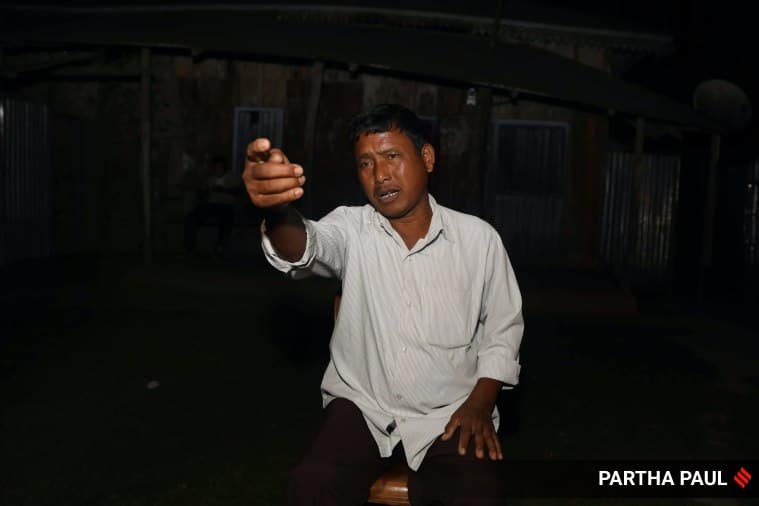 Khokon Barman, 35, is back at home in Paschim Ghugumari village, doing carpenting work as a daily wager, after losing his job as a tailor in Delhi following the Covid lockdown in March 2020. Most of the 300-odd families in the village depend on either agriculture (paddy, tobacco, maize), or odd jobs in big cities.

Khokon echoes Timar, “The priority for youths like me is jobs… There is no industry in North Bengal.” While he used to earn Rs 5,000 a week in Delhi, on most days now he doesn’t have work. “When I do, I earn about Rs 300 a day… Last year, I worked for about 14 days under the MGNREGS. I have to feed my mother, wife and two-year-old son.” 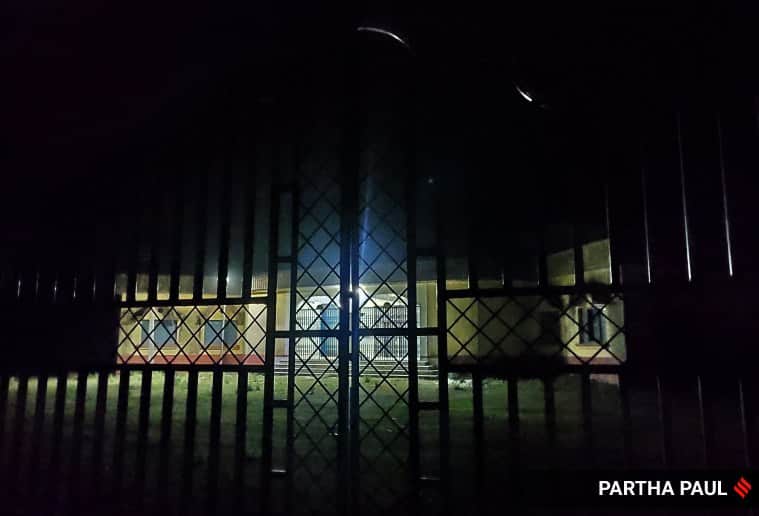 TMC leader and Cooch Behar’s Natabari Assembly seat candidate Rabindranath Ghosh, who served as North Bengal Development Minister, says, “A lot of initiatives have been undertaken by Mamata Banerjee, including a Rs 400-crore industrial park in Mekhligunj… free rations, Swastha Sathi cards… The CM has also promised an annual minimum income of Rs 12,000 for SC/STs… It is the Centre that is creating roadblocks to development here. The lockdown and Covid also slowed down the pace of setting up industries.”

Nayan Roy, 26, who is also back in the village since the lockdown and working as a daily wager, accuses the Trinamool government of not doing anything for returnee migrants like him. “I came back with my mother from Jaipur after paying Rs 10,000 for seats on a bus that we (migrant workers) ourselves arranged… In this entire village, only two people have government jobs. Both are in the Army.” 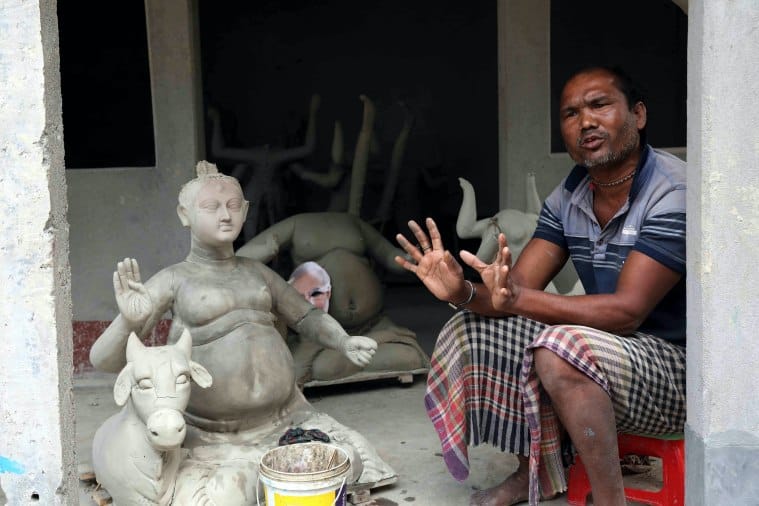 Nanda Barman, 50, an idol maker, is a member of the Paschim Ghugumari panchayat. Having spent a lifetime in the CPM, and a year in the Trinamool when he won the 2018 panchayat polls, Nanda is now with the BJP. “Little has been done for the residents of the village,” he says. “It is my failure as well. I could not even ensure concrete roads.”

The condition of the area is a far cry from Cooch Behar’s past as a princely state ruled by the Koch dynasty, which acceeded to the Indian Union in August 1949, and was made a district of Bengal. The Rajbanshis have since struggled for recognition of their distinctive identity and language, leading to several movements for a separate state, by organisations like the Kamtapur People’s Party (KPP) and Greater Cooch People’s Association, as well as by armed militant agitations like the Kamtapur Liberation Organisation (KLO).

This Assembly election, many smaller groups demanding a separate state have formed an alliance with the Kamtapur People’s Party (United), a faction of the original KPP. The alliance has put up Independent candidates in at least 40 seats across districts with a sizeable Rajbanshi population. 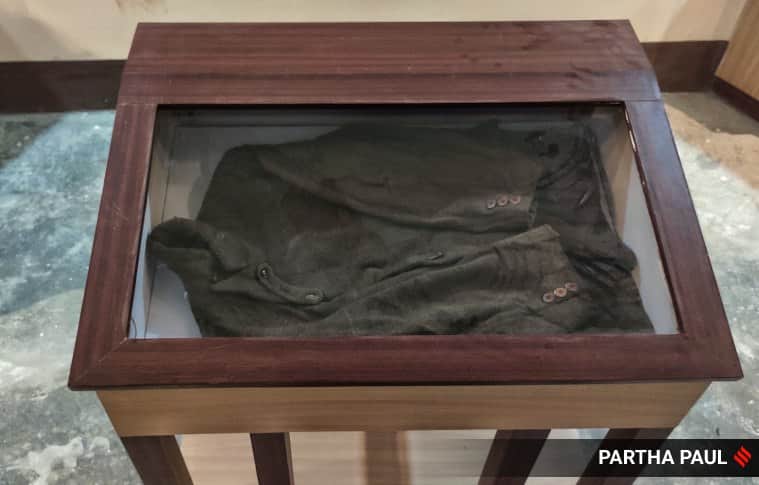 Over the years, the state government has offered jobs to more than 500 former militants and other associates of the KLO to quell the movement. Among them is Pulastya Burman, 50, who was former finance secretary and chief commandant of the KLO, and now works as a home guard .

“In 1996, I was among the first batch to receive training in the jungles of Bhutan,” Pulastya says. Still facing cases related to the time, he holds on to the dream of a separate state, but adds,.”At this moment, it seems far away. Like many other former KLO members, I got a job. But many youths have no option but to leave Cooch Behar and work in big cities.”

Madhusudan Ray Sarkar, a Rajbanshi and retired Central government employee who was a member of the committee that built the Panchanan museum, says jobs is the only way to get the community to the mainstream. The benefits of SC reservation have not reached the Rajbanshis, he says. “They are the dominant group in north Bengal. They should have 50% reservation in education and government jobs.”