The panel will include retired judges Justice MV Lokur and Justice Jyotirmoy Bhattacharya. The development comes on the day Mamata Banerjee leaves for New Delhi on a three-day visit. 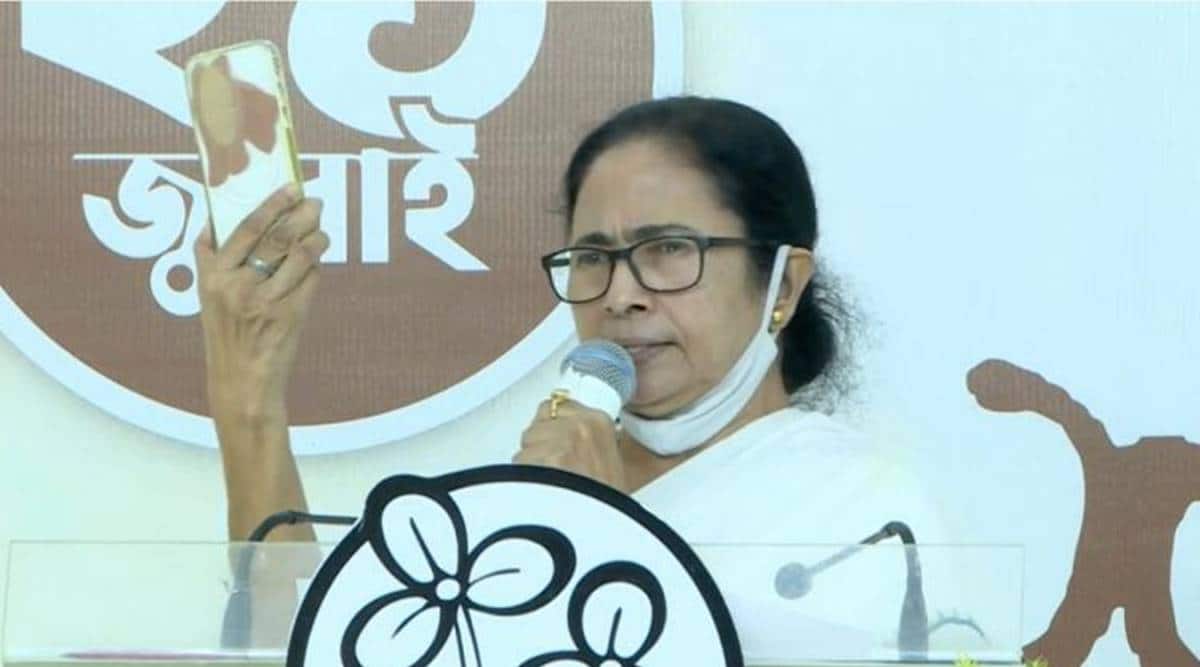 Just before she left for a three-day trip to New Delhi, West Bengal Chief Minister Mamata Banerjee Monday announced the setting up of a panel to probe the alleged Pegasus phone-hacking case in the state.

The panel will include retired judges Justice MV Lokur and Justice Jyotirmoy Bhattacharya. Banerjee Monday called a special Cabinet meeting where this setting up of this commission of inquiry was approved.

The Bengal CM said, “The cabinet has approved the appointment of a commission of inquiry consisting of hon’ble justice M V Lokur, retired justice of Supreme Court and hon’ble justice Jyotirmay Bhattacharya, retired Chief Justice of Calcutta High Court in exercise of power of section 3 of Commission of Inquiry Act 1952, in the matter of illegal hacking, monitoring, surveillance, tapping, recording, etc. of mobiles phones in the state of West Bengal.”

Banerjee said while she had initially hoped the central government would take steps in the Pegasus snooping row and form a neutral investigation team, when that did not happen, the state decided to form its own commission of inquiry.

“[The panel is] to probe hacking and how it is being done…hope this small step will be a wake-up call to others. We want the Justices to start as soon as possible. Many people from Bengal have been tapped,” Banerjee claimed.

Earlier, at her Martyrs’ Day speech, Banerjee had brandished a taped mobile phone, saying she had put plaster on her phone due to the hacking and snooping attempts.